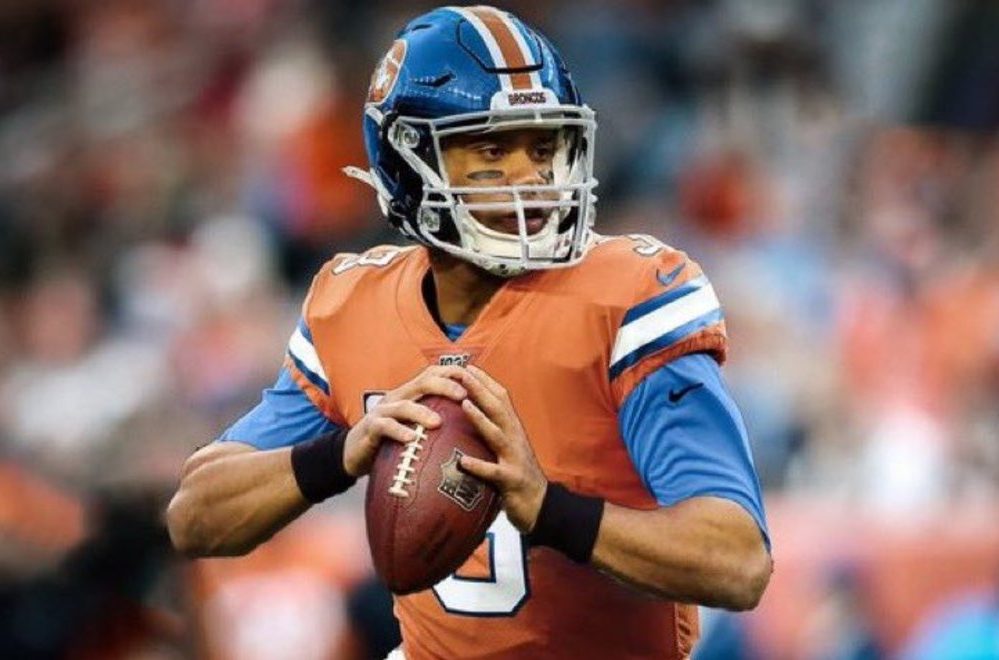 The NFL’s offseason is heating up as the calendar gets ready to flip to the 2022 NFL year. March 16 is the official beginning of the 2022 league year and with it the free agency period starts at 4:00 p.m. ET.

The big news so far this offseason revolves around quarterbacks. That’s not surprising as having a star at the position is directly proportional with winning a Super Bowl. Tampa Bay signed Tom Brady prior to the 2020 season and the Los Angeles Rams traded for Matthew Stafford last offseason. Both teams went on to win Super Bowls.

Green Bay’s Aaron Rodgers has agreed to a new contract that will keep him in Wisconsin. There was speculation that 2021 could have been the NFL MVP’s last in Green Bay. This kept the Green Bay Super Bowl price at +750, which was right near the top. With Rodgers staying put, all eyes turned to Seattle’s Russell Wilson. He gave us the first big trade of the offseason.

It looks like we had the answer correct in this article we wrote back in November: Can Russell Wilson & Pete Carrol Win Another Super Bowl Together?

The Broncos, who brought in new head coach Nathaniel Hackett, have been in need of a quarterback since the retirement of Hall of Famer Peyton Manning. The Broncos have had six different starting quarterbacks since then. That’s tied for the lead among NFL teams since 2015.

With one of the league’s best defenses, the Broncos just needed a quarterback. Hackett is an offensive-minded coach that will use Wilson to his advantage this coming season. Denver’s odds to win next year’s Super Bowl shortened from +2500 all the way to +1200 at top ranked sportsbooks after the trade was announced. For reference, defending Super Bowl champion Los Angeles is listed at +1000.

Like Denver, Washington has had a number of starting quarterbacks over the past several years. Last season, it was Taylor Heinicke, an undrafted quarterback out of Old Dominion, who played well but is not exactly what the Commanders have in mind.

As a result, Washington actually made a play for Wilson, but when he ended up in Denver the Commanders regrouped and went after Carson Wentz of Indianapolis. Wentz moved on from Philadelphia to Indy just last season, but the Colts just weren’t sold on him and let him go for two third-round draft picks and a swap of this year’s second rounders.

The Commanders, who finished 7-10 last year, are still not a legitimate contender for a Super Bowl just yet. Their odds are listed at +4000, but in Wentz they do have a quarterback that could get them into the playoffs. He’s done it before. Don’t forget, in 2017, the year the Eagles won the Super Bowl, Wentz was 11-2 in the 13 games he started and throw for 33 TD’s and only 7 picks.

As mentioned, Denver’s odds to win Super Bowl LVII shifted to +1200 after the Wilson trade. Green Bay also moved into one of the top favorite roles with the announcement that Rodgers will be sticking around. Green Bay is third on the board at +750.

The current favorite is Buffalo at +650 followed by Kansas City at +700. That’s no surprise as the top five teams on the board have quarterbacks capable of taking their teams to a Super Bowl. Josh Allen in Buffalo, Patrick Mahomes in Kansas City, Rodgers, Stafford, and Wilson are all elite quarterbacks in the league. San Francisco is listed sixth at +1300 and Dallas is next at +1400. The 49ers may have a quarterback issue with Jimmy Garoppolo and last year’s No. 1 pick Trey Lance competing for the job. Dak Prescott, one of the more prolific quarterbacks over the past few seasons, looks to lead Dallas back to the postseason.