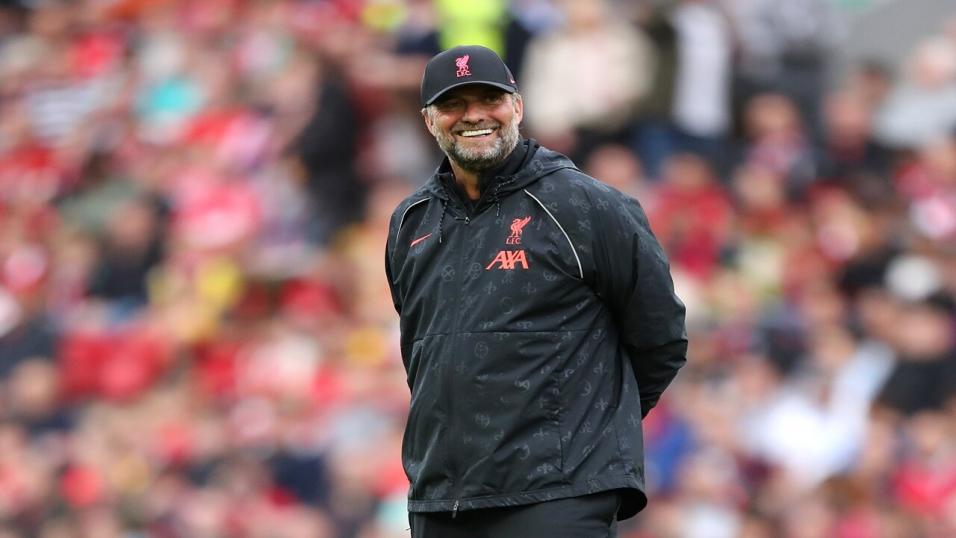 Reds can roll on and taste top spot again

Reds looking for 10 in a row

Liverpool have done incredibly well to turn what most presumed was a Manchester City procression into a bona fide title race.

And thanks to nine straight Premier League wins and the timing of this fixture, they can actually go top of the table for a brief while on Saturday.

City, who were 14 points ahead at one stage, are likely to wrestle the lead back when they play Burnley later in the day but without doubt Liverpool’s relentless run of victories has put some pressure on Pep Guardiola’s men.

We’ll know a lot more next weekend when the top two clash at the Etihad but, for now, the market shows Man City as 1.564/7 favourites and Liverpool at 2.829/5.

No doubt Jurgen Klopp isn’t best pleased to be playing in the early game following an international break but, on the upside, it gives them a longer break before their Champions League quarter-final first leg away to Benfica in midweek.

The Reds clearly have lots of players coming back from far-off lands and their moods will be different too.

Mo Salah (Egpyt) and Luis Diaz (Colombia) were both hugely disappointed to see their World Cup hopes go up in smoke while Qatar-bound Sadio Mane (Senegal) and Diogo Jota (Portugal) will be on a high after coming through their playoffs.

Fabinho and Alisson were away with Brazil although Roberto Firmino stayed at home and will be hopeful of getting the nod after scoring a hat-trick in the reverse fixture: a 5-0 romp at Vicarage Road.

The other notable team news is that Trent Alexander-Arnold remains out although he has started training again. Joe Gomez is set to come in at right back.

Watford are just 1.222/9 for the drop ahead of their trip to Anfield. The table shows them third-bottom and three points behind 17th-placed Everton.

Former Anfield boss Roy Hodgson has done reasonably well since coming in and a 2-1 win at Southampton last time was a confidence booster.

In that respect, the international break probably came at a bad time for them.

Hodgson is a practical man however and although he’ll hope to somehow pull a rabbit from a hat here, his real focus will be on the next two games: back-to-back home matches against Leeds and Brentford.

A 0-0 draw at Old Trafford will offer a glimmer of hope but it’s incorrect to suggest that Hodgson has significantly tightened them up.

In their last five matches, the Hornets have conceded four against both Crystal Palace (home) and Wolves (away) and three to Arsenal (home).

Handicaps offer a decent way in for Reds backers

A case for Watford or The Draw would probably be built around the early kick-off and Anfield being a little flat for a 12.30pm kick-off.

That might have been the case had this been earlier in the season but the fact that Liverpool can go top should ensure that both fans and players are pumped and ready for action.

On the handicaps, Liverpool (-2) gets us to an odds against price of 2.1411/10 while another option is Liverpool to win to nil at 1.8910/11. Both have credence given that the Reds have kept clean sheets in nine of their last 12 matches but we’ll make the former our first bet.

The hosts have scored 27 goals in their nine straight Premier League wins so it’s easy, on those numbers, to argue for a 3-0. That exact scoreline is 9.08/1.

Diogo Jota is joint-second top scorer in the Premier League this season with 13 goals. Only teammate Mo Salah has more.

And yet the Portuguese star is a very reasonable 10/11 with the Sportsbook to score anytime.

In the last four games, he’s scored away at Arsenal in the Premier League, hit the winner against Forest in the FA Cup and netted for Portugal in their 3-1 playoff win over Turkey.

Of course, he can’t be guaranteed a start but Mane and Salah had punishing weeks on international duty, as did Diaz. And Klopp may save a couple of them for the midweek Champions League game.

Yes, Jota played twice for Portugal but he was withdrawn after 71 and 77 minutes of those two home games so perhaps wasn’t taxed as much as the others.

However, there’s a chance he could come on as a late sub and have perhaps just 20 minutes to land the bet.

Therefore, I’ll back Jota to score first at a juicy 5.69/2. If he’s not yet on the pitch when the first goal goes in, the bet is void.

But if he is in the starting XI, I like those odds. Jota has scored the first goal in Liverpool’s last two games. In fact, go further back and in the last five matches where Jota has found the net, each time it’s been the opener.

Liverpool have won their last nine Premier League games, and victory here would see them become the second club to have five runs of 10+ consecutive wins in the competition, after Manchester City. It would also be Liverpool’s third such run in the Premier League under Jürgen Klopp, with only Pep Guardiola (4) leading his side to 10+ consecutive wins on more occasions in the competition.