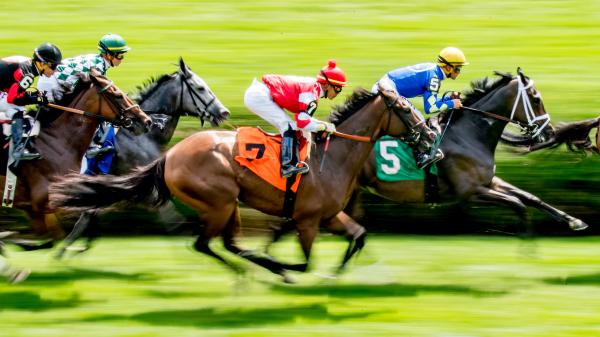 When we use the term black-type when referring to a horse’s pedigree, we are generally talking about the relatives produced by the horse’s female family who have won or run second or third in a stakes race. A stakes winner will be notated in a pedigree by having their name completely capitalized and in bold font. A horse who has run second or third will have only the first letters of their name capitalized, but still be listed in bold.

As you would expect in a maiden special weight at Saratoga Race Course, the entries in Race 7 on Sunday, Sept. 4, hail from deep black-type families. The #7 Prouver is one that caught my keen interest, especially carrying 8-1 morning line odds. Click here to view Prouver’s pedigree as a yearling and see how black-type is used to highlight her relatives’ accomplishments.

As we’ve already outlined, Triple Crown winner Justify’s first crop is making some noise. It makes sense. While Justify did not debut until age 3, he hails from a potent line of stallions who were all stars at 2. Justify’s sire, Scat Daddy, won the 2006 Grade 1 Champagne Stakes. Scat Daddy’s sire, Johannesburg, was undefeated at 2, touting Grade/Group 1 wins in the Phoenix Stakes, Prix Morny Casinos Barriere, Middle Park Stakes, and the Bessemer Trust Breeders’ Cup Juvenile. Johannesburg was rightfully named champion 2-year-old male in both the U.S. and Europe.

Johannesburg’s sire, Hennessy, won the 1996 Grade 1 Hopeful Stakes – and he, like his own sire, Storm Cat, was second in the Breeders’ Cup Juvenile. Storm Cat collected his juvenile Grade 1 win in the Young America Stakes. Storm Cat’s sire, Storm Bird, was undefeated in five starts at 2, earning champion titles in England and Ireland in 1980. Storm Bird’s sire, Northern Dancer, was named champion 2-year-old in Canada in 1963 after winning seven of nine starts. He went on to win 14 of 18 total starts including the 1964 Kentucky Derby and Preakness Stakes, enter the Hall of Fame in both the U.S. and his native Canada, and become arguably the most influential sire of the 20th century.

Now, as for the black-type the female family brings to the equation… Prouver’s mother, Ready to Act, is a Grade 2-winning daughter of the late, influential stallion More Than Ready. Ready to Act won her 2-year-old debut sprinting 5 ½ furlongs on the turf at Saratoga back in 2013, and looked on her way to win the then-Grade 2 Natalma Stakes at Woodbine before veering and unseating her rider, Rajiv Maragh. She later won the Sweetest Chant Stakes going a mile on the grass at Gulfstream Park ahead of taking the Grade 2 Beaumont Stakes Presented by Keeneland Select on what was then a synthetic track at Keeneland. Ready to Act’s colt by Speightstown, Mubakker, picked up Grade 3 black-type earlier this year when he finished second in the Burj Nahaar Sponsored by Emirates SkyCargo at Meydan Racecourse.

So, as you can gather, Prouver has a pedigree which combines precociousness and class. There is also enough black-type earned on turf to think she is well suited for this condition. Of course, it is difficult for any horse, let alone a 2-year-old, to put in a successful bid running 1-1/16 miles on debut. That stated, whether it’s at first asking, or later with a bit more experience, it appears though Prouver has more than enough going for her to think she will prove this attention is justified.