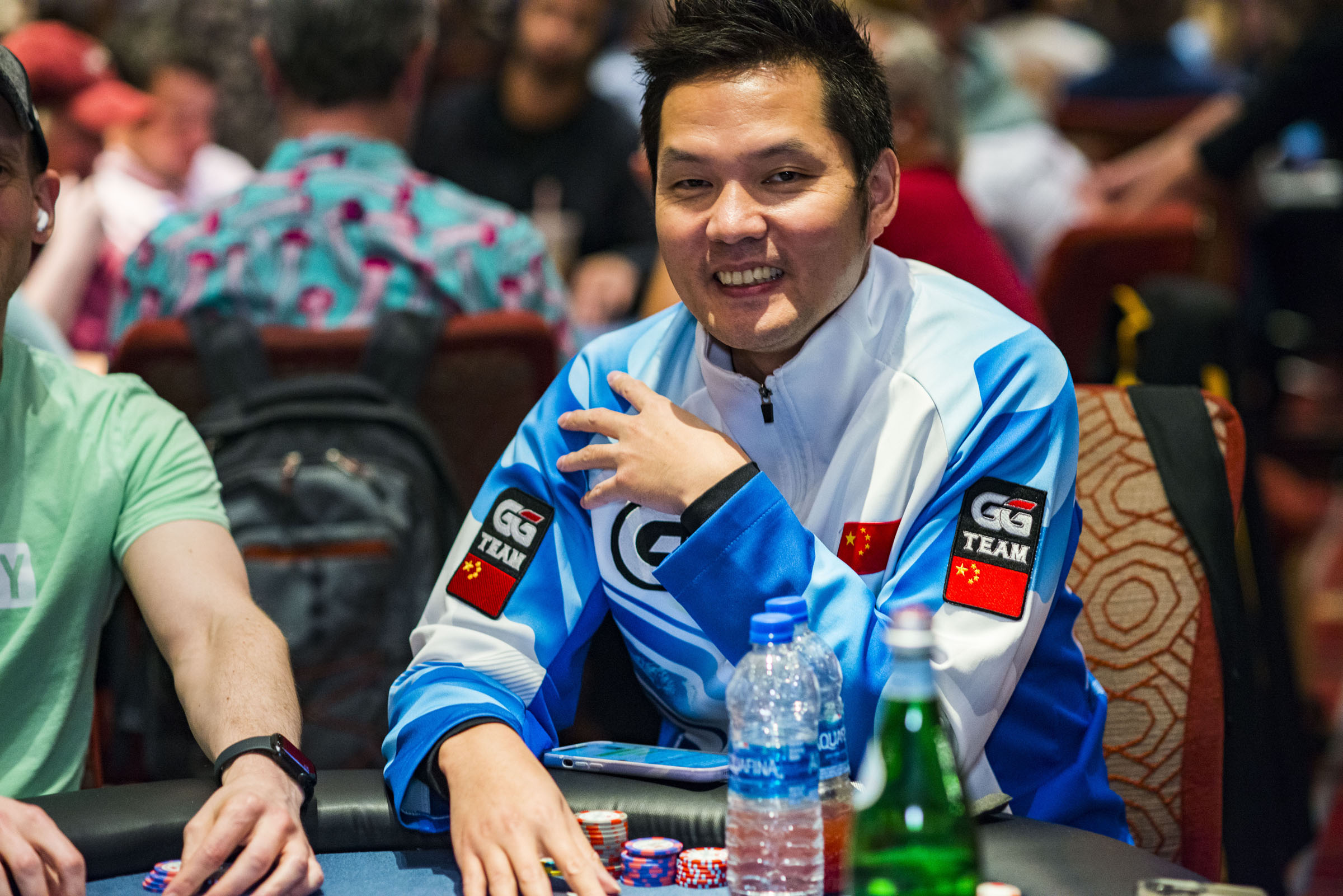 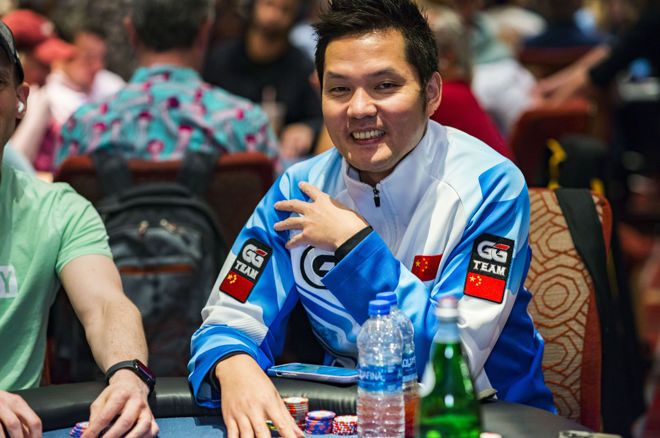 If you hear this at a poker table instead of during a Tampa Bay Buccaneers game, you’re likely sitting near Ren Lin, and if you’re in a hand with him when you hear it, it likely isn’t good for you.

The tournament crusher, who is originally from China and now lives in New York City, really burst onto the scene last year with a huge World Series of Poker. That two months saw him earn over a million dollars across 14 cashes including a second-place finish in the $50,000 High Roller to Mikita Badziakouski for $903,610.

Lin entered Day 4 of the World Poker Tour (WPT) Five Diamond World Poker Classic Main Event third in chips with just 30 players remaining and has been near the top of the chip counts from Day 1 with his eyes on his first WPT title.

Lin’s last win came in an Aria High Roller in 2021 for $147,600. It was his first recorded win since his days playing small-stakes tournaments in Las Vegas in the mid 2010’s.

While he is listed on the Hendon Mob with his original American hometown of Augusta, where he moved to from China in 2004, his $2,418,598 in career tournament winnings would have him both ninth on Georgia’s all-time money list and eighth on China’s all-time list. 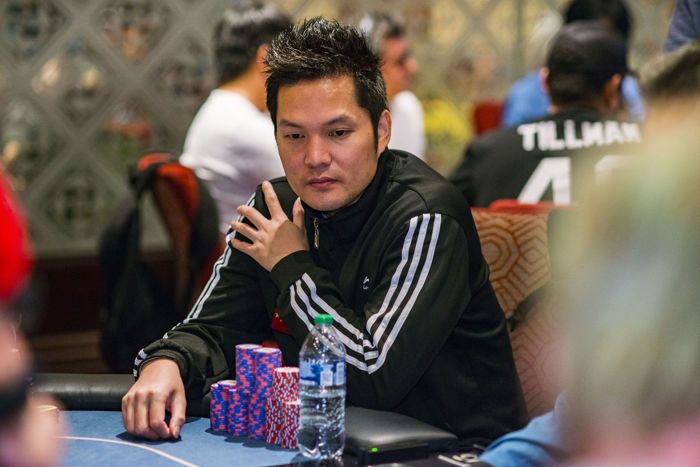 From Gaming to Poker

Like quite a few poker players, the most famous of which being “Elky” Bertrand Grospellier, the 38-year old Lin found poker in 2015 after time as a professional video game player.

Who Loves it More?

Lin’s list of tournament accomplishments over the past couple of years is a lengthy one. A scroll through his Hendon Mob page shows that his cash in the Five Diamond Main Event will be his 40th of 2022 alone.

Those results are broken into chunks through the year, with 14 coming at this year’s World Series of Poker, five in the spring at the US Poker Open and Wynn High Rollers, and 16 more playing online in Canada during the WSOP Online series at GG Poker, a site Lin has been sponsored by for the last two years.

“Tom Brady is my favorite football player. I like him. So, every time when I hit the river I say Touchdown, Tom Brady.”

Despite the repeated success, Lin says he considers himself a part-time player.

“I’ve got a lot of things to do. I’ve got a business in New York, so I don’t play full-time, but when I’ve got time, I just want to play in a tournament. I love tournaments.”

While his success on the felt is undeniable, it’s Lin’s charismatic personality at the table that has made him one of the most recognizable players in any series he appears at.

A look through PokerNews’ coverage of his second-place run in that $50,000 WSOP High Roller illustrates just how much fun he has at the table. Along with his signature “Touchdown Tom Brady” and “No Gamble, No Future” catchphrases, Lin will come up with nicknames for his opponents on the spot, including dubbing Stephen Chidwick “Boss Man” and Daniel Negreanu “Coach” at that final table.

Negreanu has nothing but praise for his GG teammate.

“Easily the most enjoyable new player I’ve encountered the last year or so. Ren is a breath of fresh air and always having a blast.”

Lin says the playful chatter stems from just wanting to keep things light at the table.

“Because most poker players are too focused, I just want to make the tables comfortable. I want to make it fun. Tournaments play long days, like 14-16 hour days. I want to just make things fun.”

On the origin of his most famous phrase, Lin said, “Tom Brady is my favorite football player. I like him. So, every time when I hit the river I say Touchdown, Tom Brady.”

For anyone thinking they were just given a massive tell on Lin, rest assured he’ll drop a “Touchdown Tom Brady” plenty of other times as well.

With Brady struggling a bit this season, when asked if he’d consider changing his phrase to incorporate another NFL quarterback, he shook his head and replied, “no, he’s still my favorite.” 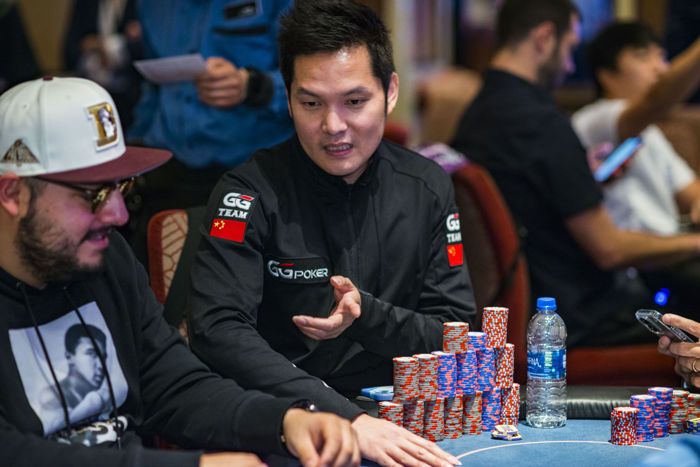 Lin is becoming a favorite of many in the poker world who get to play with or meet him, as his positive demeanor at the table has endeared him to many, including tournament directors running the events he plays in. Aria Tournament Poker Manager Paul Campbell, who is working the floor at the Five Diamond, explained how Lin makes their days at a tournament better.

“Obviously when they get deep in any tournament or it’s a large buy-in tournament, there’s a certain level of seriousness, almost stress, associated with the event just from the players. But Ren is such a charismatic personality that he just puts the players at ease. When the players are at ease, not only is it fun for us, but I also feel that they play better poker too. If they enjoy themselves, its just a more fun event to be around.”

Something New Up his Sleeve?

As for if Lin asked has some new catchphrases in the works he teasingly said, “maybe,” but did acknowledge that if he indeed does make the final table of the Five Diamond, he’ll be bringing something new out, but wouldn’t disclose to PokerNews what it would be.

“Secret,” he said with a wry smile.

The WPT Five Diamond World Poker Classic is a $10,400 buy-in, $5 million GTD tournament that runs from October 19-23. WPT Five Diamond is the longest-standing recurring WPT tournament, taking place at Bellagio since 2002. It has endured the test of time, and holds unique historical significance as the starting point for the World Poker Tour. PokerNews will be offering daily content from the event, so stay tuned for more big WPT recaps, stories, and more!