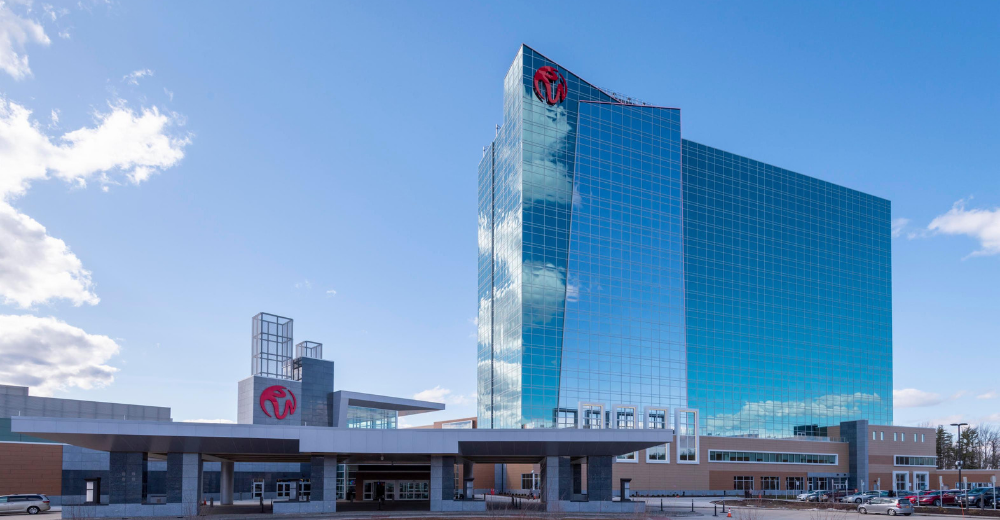 An assailant reportedly stabbed someone in the lobby of Monticello, N.Y.’s Resorts World Catskills casino Monday afternoon. The suspect fled and remained on the loose after the 2 pm knifing.

The wounded person was taken to the Garnet Health Medical Center Catskills in Harris, N.Y. Their condition was not immediately available.

Local police on a radio call described the suspect as a black man, the Mid Hudson News, a local newspaper, reported. He was wearing black clothes. He also had on white socks.

A woman wearing a pink shirt was also being sought by police in New York State.

The man and possibly the woman may have been in a silver, two-door Honda, the Mid Hudson News said.

In an unrelated incident in May, a man, identified as an off-duty security guard at Resorts World Catskills casino, was fatally wounded by an off-duty NYPD officer. It was tied to an apparent love triangle involving the cop’s wife, media reports claim. The officer then shot himself dead with his department-issued firearm.

The deceased casino guard was Edward Wilkins, 20, of Wurtsboro, N.Y, New York media outlets reported, based on information from the Wallkill Police Department.

The deceased NYPD officer is Sean Armstead, 36, of Port Jervis, N.Y., the reports add. He had worked as a New York City cop for 10 years.

The Mother’s Day bloody shooting took place outside of Middletown’s Buffalo Wild Wings, according to a statement from Wallkill Police Chief Robert Hertman. Middletown is a small community some 76 miles north of New York City.

The incident began with Armstead driving his car into Wilkins’ vehicle, police said. The two then got into an argument. Armstead began shooting at Wilkins, police add. He was using his NYPD-issued Glock 9mm semiautomatic pistol.

Wilkins ran into the parking lot at the nearby Buffalo Wild Wings. But the shots continued. Wilkins was wounded 16 times in his head and back, news reports said.

Afterward, Armstead fatally shot himself once time in the head, the reports add. Both men were declared dead at the crime scene, police said.

The men knew each other before the murder-suicide. Wilkins reportedly was in a romantic relationship with Armstead’s wife, identified by the New York Post as Alexandra Vanderheyden, 35.

The woman was not injured in the bloody incident. She was in the area where the shooting took place to meet with Wilkins at a Wallkill hotel, the newspaper claimed.

In October, it was reported that Genting Malaysia was allocating another $150 million to Empire Resorts, the financially ailing unit that controls one of the operator’s New York casinos.

In the filing with Malaysian securities regulators, Genting said it agreed to another round of financing for the parent of Resorts World Catskills.

That capital is coming in the form of Series L preferred stock, which was partially funded by a $1 billion corporate debt sale completed in April.

Empire Resorts isn’t a stranger to financial difficulty. In 2019, when it was a public company, the operator teetered on the brink of Chapter 11 bankruptcy reorganization. That plan was rejected by investors, who ultimately approved a proposal by casino mogul K.T. Lim and Genting to take the unit private.