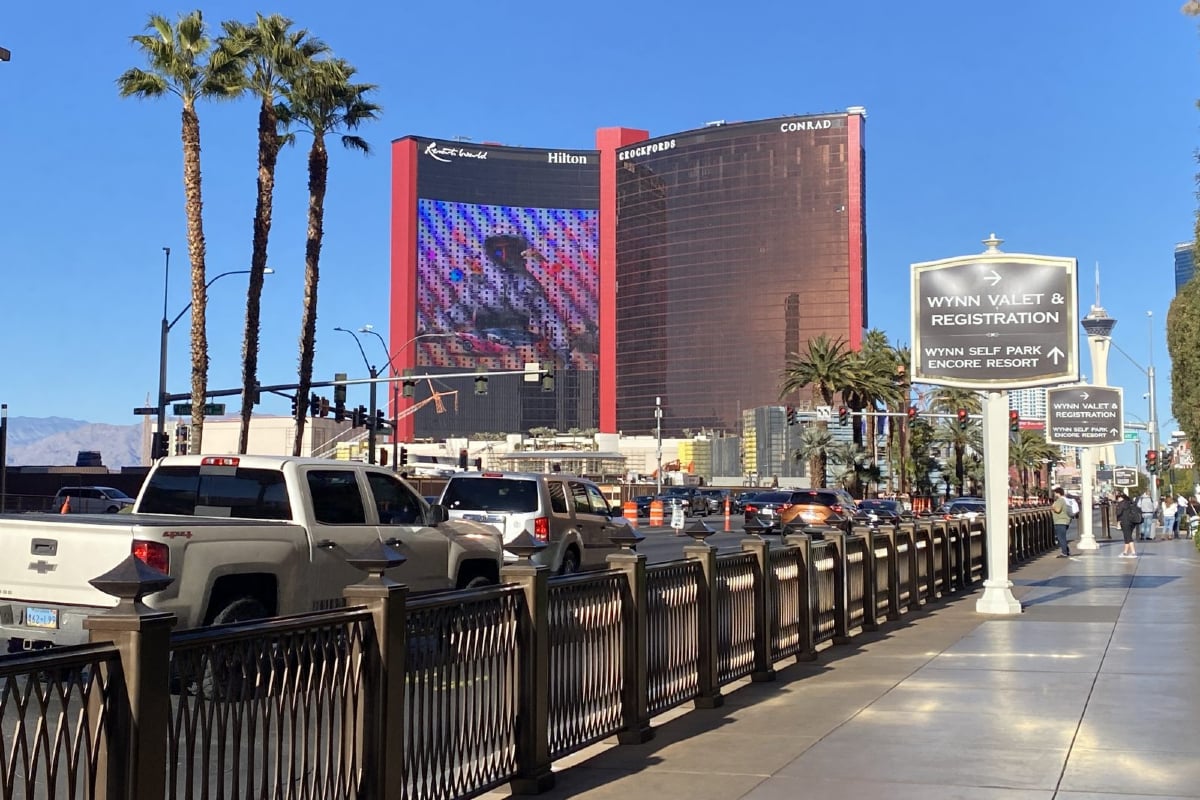 When it opened, Resorts World said free self and valet parking would be an amenity staple for the Strip’s first from-the-ground-up casino resort since the Cosmopolitan opened in late 2010. But just five months after welcoming its first guests with much fanfare, the north Strip complex is doing away with a perk that was once afforded to Las Vegas casino guests of all statuses for decades: complimentary valet.

“Due to increased business and service demands, Resorts World Las Vegas will begin charging a daily rate for valet parking … effective Wednesday, November 24,” a media advisory from the casino said. “Guests who utilize hotel valet will be charged a daily rate of $21 per vehicle, per 24-hour period.”

Self-parking will remain free to all guests.

Resorts World isn’t just having challenges because of its location or the lack of convention business. The casino has some of the tightest slots on the Strip,” Roeben told Casino.org. “Word spreads. People know they’re likely to lose when they gamble, but they want to be entertained.”

Despite strong gaming revenues across Nevada in the emergence of the pandemic, many casino executives and gaming industry analysts credit unprecedented pent-up demand as the reason. Roeben is concerned that Las Vegas is eliminating much of the general public and becoming a VIP-centered town.

“Vegas needs to recommit to providing value,” he continued. “Increased competition across the country was already going to be problematic. Vegas has no solutions [yet].”

Prior to 2016, Las Vegas visitors of all walks of life were treated like high rollers upon arriving at their Strip casino resort of choice, receiving a friendly greeting from a valet serviceperson. But MGM Resorts, the operator of the most Strip properties, did away with that common perk when it decided that year to begin charging for not only valet, but also self-parking.

A snowball effect ensued. Companies such as Caesars Entertainment and Wynn Resorts followed MGM’s lead. Wynn backtracked on that decision in 2019 and restored free self-parking.

Today, complimentary valet on the Strip is available at the Tropicana, Treasure Island, Venetian and Palazzo, Sahara, and STRAT. Free self-parking is offered at each of those casinos, plus at Wynn Las Vegas and Encore, Resorts World, and Circus Circus.

It might seem that Las Vegas Strip casinos charging for parking is simply a way for the resorts to nickel and dime their customers. But for a company the size of MGM Resorts, those daily rates add up quickly.

MGM explained in 2016 its decision to charge for parking. It said then that about 70 percent of its operating revenue comes from outside the casino. Over the past five years, MGM and other casino operators that have charged for parking have simply thought of their garages as revenue generators, not unlike their spas, retail shops, restaurants, clubs, and pools.

But many are questioning how eliminating free valet will impact the employees who actually park the customer cars. Will guests continue to tip well after being charged $21 a night?

2021-11-23
Previous Post: WSOP NFTs Now for Sale at Auction, but Will They be Moneymakers?
Next Post: NY Giants vs.Tampa Bay Odds and Prediction Game