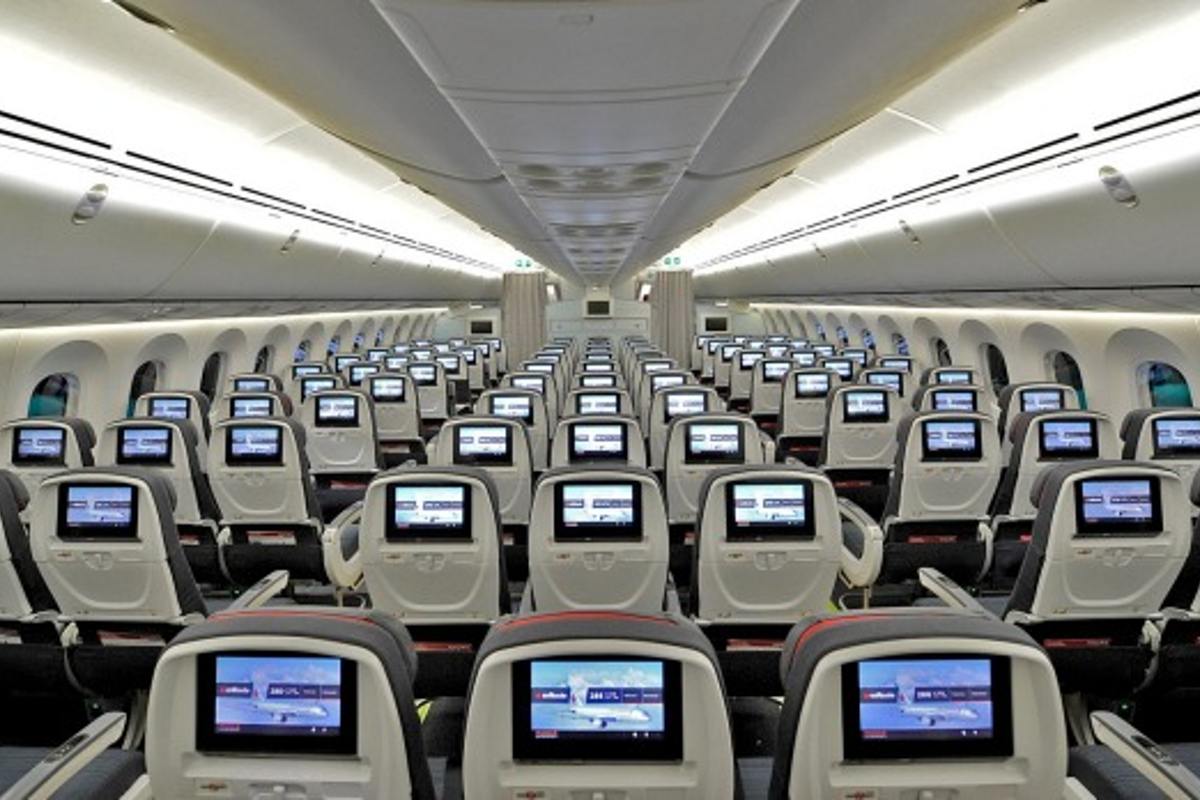 In June, Resorts World Las Vegas became the newest from-the-ground-up casino to open on the Strip in more than a decade.

The interior of an Air Canada Boeing 787-8 Dreamliner. Resorts World Las Vegas has acquired a similar aircraft that it plans to make available for its large groups. (Image: Air Canada)

The $4.3 billion complex has dazzled guests since its June 24 opening. The casino destination made yet another headline-grabbing announcement this week with its purchase of a commercial-grade airliner.

Resorts World Las Vegas revealed in a release that its latest amenity is a Boeing 787-8 Dreamliner. The aircraft is capable of transporting 262 passengers, and has a range of 8,200 nautical miles.

The north Strip casino is the first in the history of Las Vegas to own a commercial airliner that is made available for guests. The Dreamliner joins the resort’s Bombardier Express XRS jet, which accommodates 12 passengers.

Genting Group is a conglomerate that operates in a variety of leisure and hospitality segments around the world. Through its many divisions, Genting has resort properties in its home country, UK, Singapore, Hong Kong, Philippines, US, South Korea, China, Macau, and the Caribbean.

Genting plans to use its Dreamliner to better connect its global portfolio to its largest casino investment to date in Southern Nevada.

Resorts World explained that the airliner’s long range allows “for non-stop routes from Las Vegas to Asia, Europe, and Latin America.” In addition, the casino’s sales staff can better promote the integrated resort to large groups considering hosting a convention in Las Vegas.

As the only resort-owned airplane of this size in Las Vegas, this purchase opens up new opportunities for the resort’s potential and existing luxury customers, as well as large groups and premium mass segments seeking easy and exclusive travel options, offering an amenity not currently available in the marketplace,” the presser declared.

“This new addition also provides Resorts World Las Vegas the unique opportunity to explore innovative charter services outside the resort’s primary hospitality function through its sales and convention teams,” said a statement from the company.

It called the plane “an alternative option for large corporate and leisure groups to fly privately to and from international destinations and key metropolitan cities.”

Numerous casinos in Las Vegas and in other major gaming markets offer private jet service for high rollers. But the jets are typically smaller aircraft, similar to Resorts World’s Bombardier.

Las Vegas Sands has one of the best-known air fleets in the area. The casino company, which will be without a casino in its namesake city once its divestment of The Venetian and Palazzo is completed in the coming weeks, has eight aircraft.

The company’s larger airliners, however, are leased from a private equity firm and exclusively used for corporate affairs.

News out of Resorts World Las Vegas this week was dominated by the Boeing Dreamliner announcement. But the Strip casino also revealed something for Nevadans.

RW announced that Nevada residents holding current driver’s licenses can receive an array of discounts and perks at the resort. Nevadans will receive hotel room discounts up to 35 percent when booked through the property’s website.

Nevadans also qualify to receive 20 percent off food and non-alcoholic beverages Monday through Friday, excluding holidays. The offer is valid at 15 restaurants inside the sprawling resort.