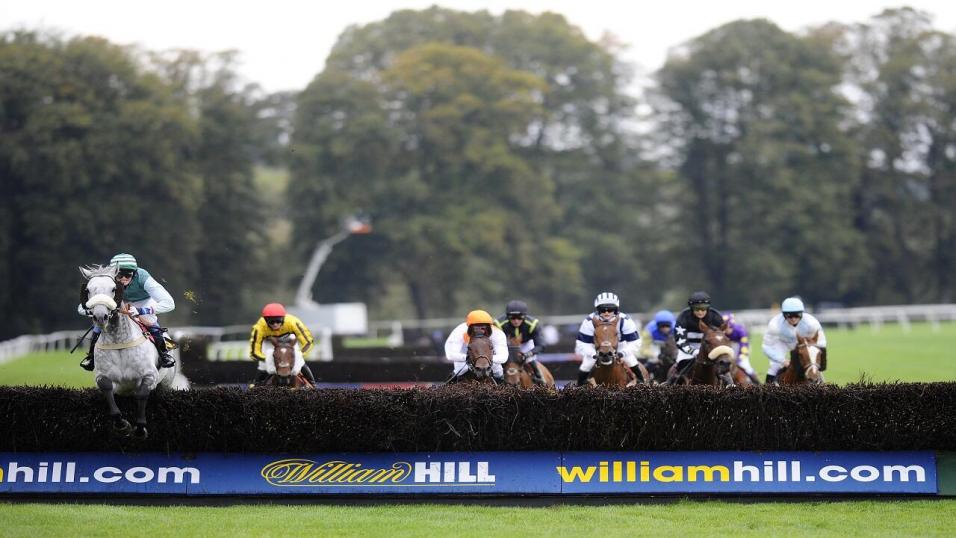 Rhys Williams likes a handicap debutant in the last at Worcester

I’ve always viewed Fugitif as a long-term chasing prospect so it was encouraging that he was able to show a good level of ability of hurdles, albeit in a fairly sporadic manner.

He started his career in France and ran well on hurdling debut when finishing third behind Floueur, who finished third in the conditionals race off 143 at last season’s Cheltenham Festival, and Franco d’Aunou, who is now rated 121 over hurdles for Venetia Williams.

Fugitif moved to Richard Hobson after that and didn’t show much on his first two starts for his new trainer but put in a more encouraging effort when seventh at Doncaster on his first run after a wind op.

He built on that with a fairly comfortable victory in the mud at Uttoxeter on handicap debut. His jumping was often sloppy but he was travelling well just behind the leader entering the home straight and jumped to the front at 3 out. He came under pressure between the last two hurdles but always had the race in control and won by six lengths.

He was beaten on his final start of last season at Hexham but ran another promising race. Having tracked the leader on the first circuit, he made headway to join Franigane going to 2 out and he looked to be travelling better than that rival going up the hill but once turning into the home straight, he didn’t find as much as looked likely and faded away to finish third.

Fugitif is a chasing type on looks and I think there could be improvement to come from him with the switch to this sphere and following his summer break. He is also likely to enjoy what should be at least a fairly well run race so he can get cover and settle early on.

While he didn’t always jump hurdles particularly well, I think he was more clumsy because of his size rather than a bad jumper, so hopefully he will jump well on chasing debut. There is a slight concern that he might be better going right-handed given that he has shown a tendency at times to go a little to his right at obstacles but despite that and him shortening in the overnight market I still think he’s overpriced in a race where there are questions over plenty and any 13/2 or bigger appeals.

Looked in need of shorter trip in France

Good Work failed to get off the mark in six runs in France but he often ran well and I think this shorter trip could bring some improvement from him.

Sloppy jumping late on cost him when he finished second on debut over hurdles at Senonnes and his attention was soon switched to running over fences.

He was very narrowly beaten on chasing debut at Craon when he eased to the front turning the final bend and got to the near rail on the run in only to be caught close home by Grace de Dieu and Good Work finished 17 lengths clear of the rest.

That was his final run of last year and he returned this year with a good run when fourth at Auteuil. His jumping wasn’t convincing at times but he turned into the home straight for the final time in second and was only a few lengths by Goas Mat at 2 out before fading late on to finish fourth.

Good Work ran another promising race on his next start at Compiegne over 2m3½f. Again his jumping didn’t convince at times but he made good headway late in the back straight on the final circuit to be in a share of the lead at the end of it. He was left in a solo lead when Glace des Mers fell at 3 out and it soon became a match between Good Work and Georges Saint. They both came under driving after 2 out and Georges Saint got upsides at the last where Good Work was a bit awkward and the margin between the two at the line was three lengths in favour of Georges Saint.

Good Work was unlucky to fall next time and ran quite well on his final start for François Nicolle when he lost ground after a mistake at the ditch on the final circuit and clearly didn’t see out the trip in the testing conditions.

I think this shorter trip could bring improvement from Good Work given that he’s been travelling well in many of his races before not quite seeing them out as strongly as might have been anticipated. I also think a switch to British fences could suit as his style of jumping didn’t seem to suit some of the obstacles in France and he’s had a wind op since his last run.

It might be that this is a bit too sharp for Good Work and he’s come from a top trainer in France so he’s not certain to repeat the ability he showed over there but I think he has the potential to be better than a mark of 113 and any 14/1 or bigger appeals.

Potential to be very well handicapped if wind op works

Tibbie Dunbar is a short-priced favourite in the last at Worcester and she’s officially 5lb well in after winning with plenty in hand at Exeter. However, I think she has a rival in this race who could be very well handicapped if the wind op has the desired impact and who I would have very close to her in the market.

She was odds-on favourite for her rules debut in a bumper at Wetherby but could only finish third. She was held up in last until the end of the back straight before making headway early in the home straight. However, she raced greenly when asked for her effort and was beaten 5¾ lengths by Miss Lamb who went on to finish third in the Grade 2 mares’ bumper at Aintree.

Fashion Nova was ridden much handier next time in a Listed bumper at Market Rasen when she raced keenly early on and was allowed to go to the front. She continued to race prominently before looking a bit awkward under pressure in the home straight and she dropped away to finish fifth.

She was switched to race over hurdles following that and ran better than the result suggests on her hurdling debut at Huntingdon over 2m4½f. She raced very prominently and generally jumped well before dropping away very quickly after 3 out.

Fashion Nova showed very little on her latest two starts and that has resulted in her being given an opening rating of 76. Given the ability that she showed in Irish points and in two bumpers for her current trainer, I think she has the potential to be much better than that mark and she ran well enough for long enough at Huntingdon to think she can transfer her previously shown ability to hurdling.

Her chance rests on the wind op working as without that she is more likely to repeat her latest two efforts than run well but if it does help her cause then she is a big danger to Tibbie Dunbar and I think could be open to more improvement than that rival. Any 3/1 or bigger appeals.