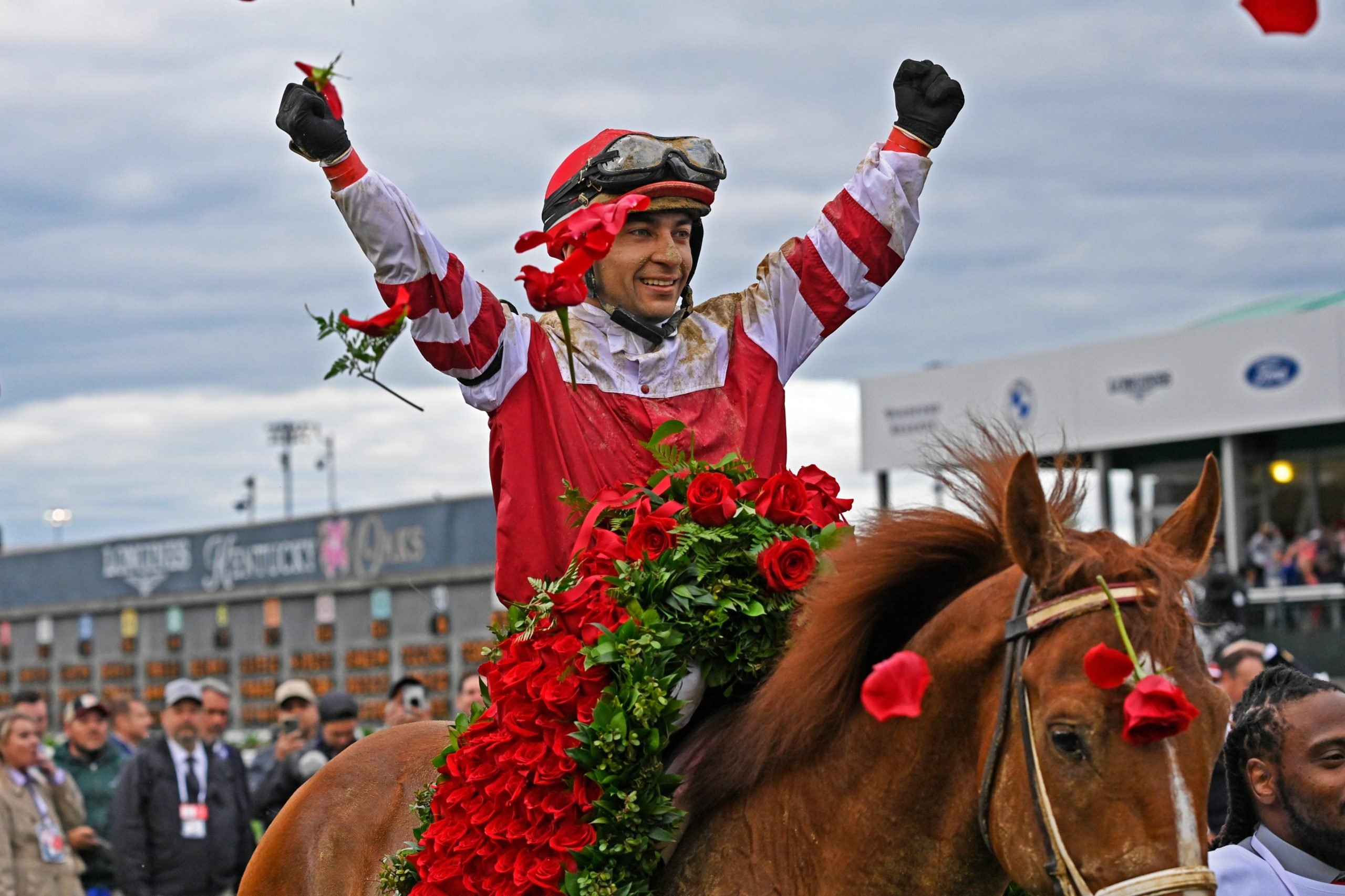 They’ve made movies about the Kentucky Derby before. You’ve probably heard about Secretariat, and maybe you’ve heard about 50-to-1, the story of Mine That Bird’s surprise win. At some point, a studio will greenlight the story that unfurled Saturday at Churchill Downs with Rich Strike scoring the second-biggest upset ever.

A longtime trainer, Eric Reed, makes his living in the business by racing on smaller tracks. According to Reed, the owner, Rick Dawson, is probably someone who should have gotten out of the sport. But he gave it a second chance. They get a claim on a 2-year-old that wins that day by 17-1/2 lengths for his first win. They learn Rich Strike has talent as they work him out. But he’s also green.

The jockey that rides him, Sonny Leon, is a lot like Reed. Successful, but on the smaller tracks. But the owner and trainer agree they won’t consider switching riders should they make the Derby.

That horse runs fourth and third in two lesser-regarded Derby prep races. But those finishes give him just enough points to be on the cusp of qualifying for the big race. The team goes to Churchill Downs knowing they need a scratch to get in, but they prepare like they’re already running.

We came here on a prayer,” Reed said after the win Saturday. “I told my dad, and I told Rick, ‘The worst thing that could happen to us is to have a call a day or two before the Derby and say you’re going to get in and not be prepared.’ So, we came up. We trained against all odds.”

As the deadline approaches, they receive word there will be no scratches and that it’s off to the next race.

But wait! Just moments before the deadline, an exercise rider tells Reed that another trainer pulled his entry from the race. They’re in! That’s the good news. The bad news is they have to break from the far outside gate. Only one horse has won from that gate, which was one of the better colts in recent memory.

Despite getting in the race, few people pay any attention. When the race starts, his odds are 80-1. As they break from the gate, the horse stays back, well off the pace, as the leaders run at a blazing pace. But slowly, the horse and jockey come up on the huge pack of horses. As they come to the final turn, they pass a dozen horses, and suddenly there’s daylight on the inside.

“I know my horse likes the rail,” jockey Sonny Leon said Saturday. “And then when I turn for home, the road opened for me.”

But two of the favorites are now in the lead, and a crowd of nearly 150,000 at the track and millions on television focus on what they believe will be a dramatic duel to the finish line. However, in those final strides, the longshot streaks by them both in stunning fashion.

The Derby is just part of the story. There’s also the part about Reed’s operation and the devastation  suffered after an overnight barn fire killed 23 of his horses nearly six years ago.

It could have been worse, Reed said. If the winds were blowing in the other direction, it could have jumped to his two other barns. When he saw the damage the next morning, he wondered if it was time to leave the sport.

But then, he got a hand up. Several, actually. Reed got them from friends and from those he hadn’t seen in years. He also got help from some of the top trainers in the business.

“Don’t let this take you out, and we’ll help you,” Reed recalled Saturday. “We’ll get you horses. We’ll get you clients, whatever you need, and I think that kept me going”

With doping scandals and fatal injuries, the state of horse racing can seem Kafkaesque. On Saturday, Reed, Dawson, Leon, and of course, Rich Strike gave the sport a Capraesque story.

Who would Reed want to play him?

“Maybe Mark Wahlberg,” he said Sunday. “He’s short like me.”