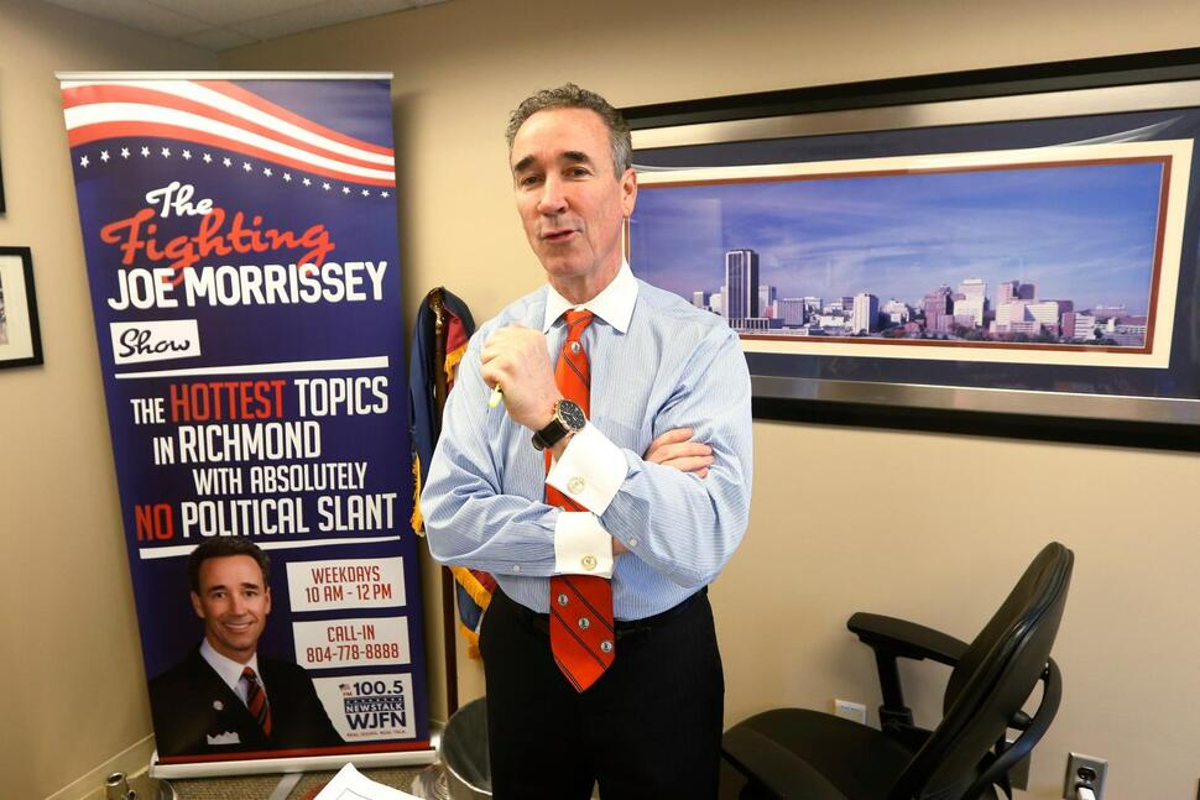 The Richmond casino referendum in Virginia that failed last November, the outcome resulting in a proposed $565 million venture called ONE Casino + Resort being rejected, has been dealt yet another bad hand.

Virginia state Sen. Joe Morrissey speaks during a 2020 interview in his Richmond office. Morrissey is leading an effort in the Virginia capital to prevent Richmond from holding a second casino vote. (Image: Associated Press)

Richmond officials this week voted in favor of moving forward with a second local vote on the casino project. The November election result of roughly 1,500 votes against the casino out of more than 77,000 votes cast prompted the Richmond City Council into undertaking an effort to ask city residents to reconsider their position.

But legislation on the state level introduced by Sen. Joe Morrissey (D-Richmond) seeks to block a second casino vote in Richmond from occurring. The measure — Senate Bill 203 — would amend the state’s commercial gaming law to allow nearby Petersburg to consider a gaming development. It would also prevent Richmond from holding another gaming referendum vote for a minimum of five years.

Virginia’s 2020 casino bill allowed five cities that met a slew of hardships to mull a casino resort development in order to spur regional economic activity. Richmond is the sole city that rejected its casino opportunity.

Morrissey explains that while he was supportive of ONE Casino + Resort coming to Richmond, the people’s vote should be respected and upheld.

“The people spoke. Over 1,500 was a margin, not a great one, but 1,500 said no, they do not want the casino,” Morrissey explained this week during a committee hearing regarding SB203. “So, we pivoted to Petersburg.”

They want a do-over. Essentially, it says, ‘Well, we lost. Let’s have a do-over.’ If they lose again, how about another do-over and another one?” Morrissey questioned. “That’s not the way the democratic process works.”

Morrissey’s Petersburg casino bill made progress yesterday with unanimous approval from the Senate General Laws and Technology’s Gaming subcommittee. The statute now moves to the full committee for review.

Morrissey was pardoned by outgoing Virginia Gov. Ralph Northam (D) earlier this month for his 2014 misdemeanor conviction for having a sexual affair with a woman who was only 17-years old at the time. Morrissey, who was 57 at the time, ended up marrying the woman — Myrna Pride — in 2016.

Richmond officials, including Mayor Levar Stoney (D), say a second vote is warranted. Backers of the revote claim that the economic and community benefits that ONE Casino would have brought the capital metro should have been better presented and explained.

To sweeten the deal, Stoney has suggested that if the casino is authorized in Richmond, city residents would be immediately rewarded with a two-cent on the dollar property tax reduction.

Virginia is one of 40 states that adheres to the Dillon’s Rule principle, which limits the power of local governments. Dillon’s Rule, named for John Forest Dillon, who was the chief justice of the Iowa Supreme Court and a US Circuit Court judge in the second half of the 19th Century, greatly distrusted local governments.

During his time as chief justice in Iowa, Dillon was a key determinator in legal complaints regarding whether a state or city has absolute power over a municipality. Dillon in an opinion said that “those best fitted by intelligence, business experience, capacity, and moral character” tend not to hold local office but state positions. He summarized that local municipality leaders tended to be “unwise.”

If Morrissey’s SB203 passes and is signed by Gov. Glenn Youngkin (R), Richmond’s city ordinances calling for a second casino vote would be annulled.

2022-01-28
Previous Post: Low6 Plans US Expansion after Completing $5M Funding Round
Next Post: Eyeing an Upset in the Inaugural Pegasus Filly and Mare Turf