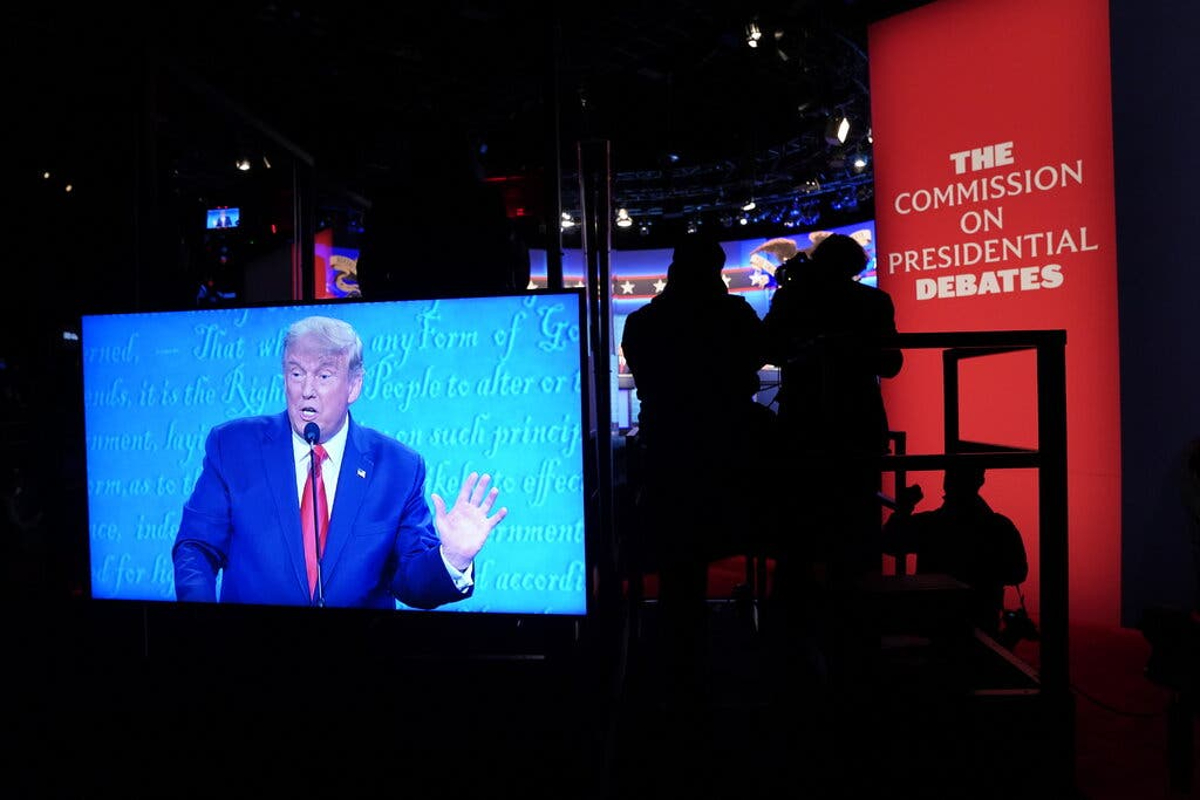 Then-President Donald Trump is seen at the final 2020 presidential debate at Belmont University in Nashville on October 22, 2020. The RNC is threatening to abandon such discussions hosted by the Commission on Presidential Debates. (Image: The New York Times)

In a letter addressed to Frank Fahrenkopf and Kenneth Wollack, co-chairs of the CPD, RNC Chair Ronna McDaniel expressed her frustrations with the commission not adequately responding to the Republican Party’s demands over the debate setup and moderators. The political committee has called for a shakeup of the CPD board of directors, a new way of selecting moderators who ideally will be more impartial in their questioning, and a desire to host a debate before early voting begins.

Fahrenkopf is a well-known name in the gaming industry. He was responsible for founding the American Gaming Association (AGA) in 1994. He served as the lobbying group’s CEO and president until 2013.

McDaniel asserts that without substantial changes, the RNC will ask Republican presidential candidates to sign a pledge refusing to participate in any debate sanctioned by the CPD.

“We are especially frustrated with the CPD’s refusal to enact reforms aimed at ensuring nonpartisanship,” McDaniel wrote. “The RNC has a duty to ensure that its future presidential nominees have the opportunity to debate their opponents on a level playing field.”

Fahrenkopf, a Nevada attorney by trade who specialized in gaming law for years, formed the AGA after assembling a group of legal colleagues who realized the industry needed a trade group to work on its behalf in Washington.

We got together and spoke about the growth of casino gaming and the need for association representation before Congress and the White House to make sure the federal government doesn’t intentionally or unintentionally do something that really hurts the industry,” Fahrenkopf said in 2019 of the AGA’s forming.

Frank Fahrenkopf appears on C-SPAN in 2016 ahead of the presidential debates between candidates Donald Trump and Hillary Clinton. (C-SPAN)

Fahrenkopf says his proudest accomplishment while leading the AGA was helping create the National Council for Responsible Gaming (NCRG). Citing opponents claiming that 40-50 percent of casino patrons were addicted to gambling, Fahrenkopf — with the help of industry magnates, including Bill Boyd — formed the NCRG. The group conducted research and developed programs for those prone to addiction.

“I knew that we couldn’t say that we either don’t know about or recognize any of the negatives that come with gaming. We had to study the issue for better or worse. We had to know the facts and figures of what problem gambling was,” Fahrenkopf said.

Years before forming the AGA, Fahrenkopf was a GOP operative in DC when he was a partner at the law firm of Hogan & Hartson. In early 1983, he was elected chairman of the Republican National Committee, a position he held until 1989, making him the second-longest RNC chair in the organization’s history.

Fahrenkopf’s wife, Mary, also an attorney, served as White House legal counsel to President George W. Bush. OpenSecrets shows dozens of donations from Fahrenkopf to political campaigns over the past two decades, almost all of the money going to red party candidates.

Despite Fahrenkopf’s deep-rooted ties to the GOP, McDaniel says he and the CPD must do more to include conservative voices into the organization.

So long as the CPD appears intent on stonewalling the meaningful reforms necessary to restore its credibility with the Republican Party as a fair and nonpartisan actor, the RNC will take every step to ensure that future Republican presidential nominees are given that opportunity elsewhere,” McDaniel’s letter concluded.