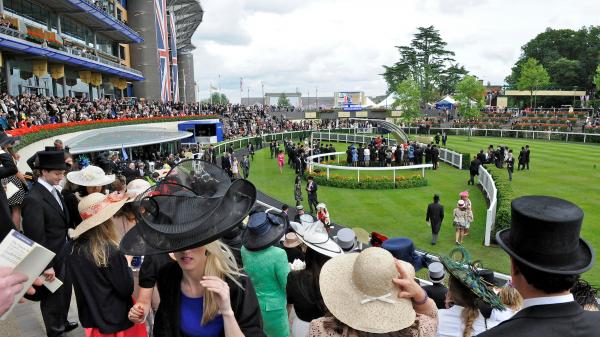 Royal Ascot is fast approaching with the highlight of the flat racing season in Britain taking place on Tuesday, June 14 to Saturday, June 18. Ascot Racecourse in Berkshire, England, hosts Royal Ascot every year, and this year promises to be even more exciting with 35 races over five days of top-class action.

This major social and fashion event attracts over 300,000 racegoers from around the world – including the Royal family –all eager to watch Britain’s most valuable race meeting. Ascot features the best flat horses from Britain and Ireland, as well as big-name runners from the likes of France, Australia, Hong Kong and the United States.

Distance: One mile and two furlongs

Distance: About one mile over the “old mile” course

This year’s Royal Ascot meet has some exciting clashes for race fans to look forward to, including Kyprios against Trueshan in the Gold Cup, and Adayar taking on Lord North in the Prince of Wales Stakes.

American trainer Wesley Ward believes his horse, Golden Pal, can make it third time lucky on UK turf, with the horse an early favourite for the King’s Stand Stakes. A lively front runner, he made an impressive comeback in the Grade 2 Shakertown Stakes at Keeneland on April 9.

Race fans can keep up to date with the latest Royal Ascot odds at an online sportsbook.

The 2012 Diamond Jubilee Stakes saw a memorable victory for the Australian mare Black Caviar. The horse was already a huge success in her home country, and with 21 consecutive wins under her belt she was the bookies’ favourite. However, the race is particularly memorable because not everything went according to plan.

Black Caviar got out early with a great start, and had what looked like an unassailable lead for the vast majority of the race. Victory seemed certain as the field entered the closing stages, but then everything changed.

As her lead started to disappear and the pack closed in, defeat seemed inevitable, but thanks to jockey Luke Nolen, Black Caviar found that something extra that all great horses have, and sealed win number 22.

A relative unknown before this race, Choisir entered the 2003 King’s Stand Stakes with few expectations amongst the huge crowd. But after a devastating turn of speed, Choisir turned the race on its head and romped home well clear of the field. That same year he went on to win the Golden Jubilee Stakes and cement his name in the Ascot legends.

He managed to stun spectators at the Royal Ascot by demonstrating speed and skills that no one had foreseen. He gave none of the other horses a chance throughout the entire race. Later that same year, he finished second in the July Cup at Newmarket.

The 2012 Queen Anne Stakes is famous for the incredible sight of Frankel dominating his rivals and cruising home to win by 11 lengths. The unbeaten British horse led after two furlongs and never looked like he was in danger of losing the lead, galloping home to a comfortable victory.

By posting a winning margin that is rarely seen at this level of racing, Frankel proved to be one of the true superstars of British racing. The Henry Cecil-trained horse, ridden by jockey Tom Queally, scored the highest rating ever achieved by a flat horse in the history of Timeform, which ranked him as the best in the world.

The 2-year-old American Thoroughbred Lady Aurelia entered the 2016 Queen Mary Stakes off of a maiden win at Keeneland in her home country, and drew Frankie Dettori for her debut at Ascot.

Beginning the race strongly, she went to the lead in no time and never looked back. Her devastating turn of speed left the rest of the field trailing in her wake as she crossed the finish line with a seven-length gap to second place.

A year later, Lady Aurelia returned to Ascot and recorded yet another win with a victory against the boys in the King’s Stand Stakes.

Royal Ascot offers racing fans epic entertainment, featuring the best horses from around the world and the best dressed crowd you’ll ever see. With shocking wins and shocking defeats both guaranteed, this five-day event creates edge-of-the-seat excitement for fans and horse racing legends on the turf.