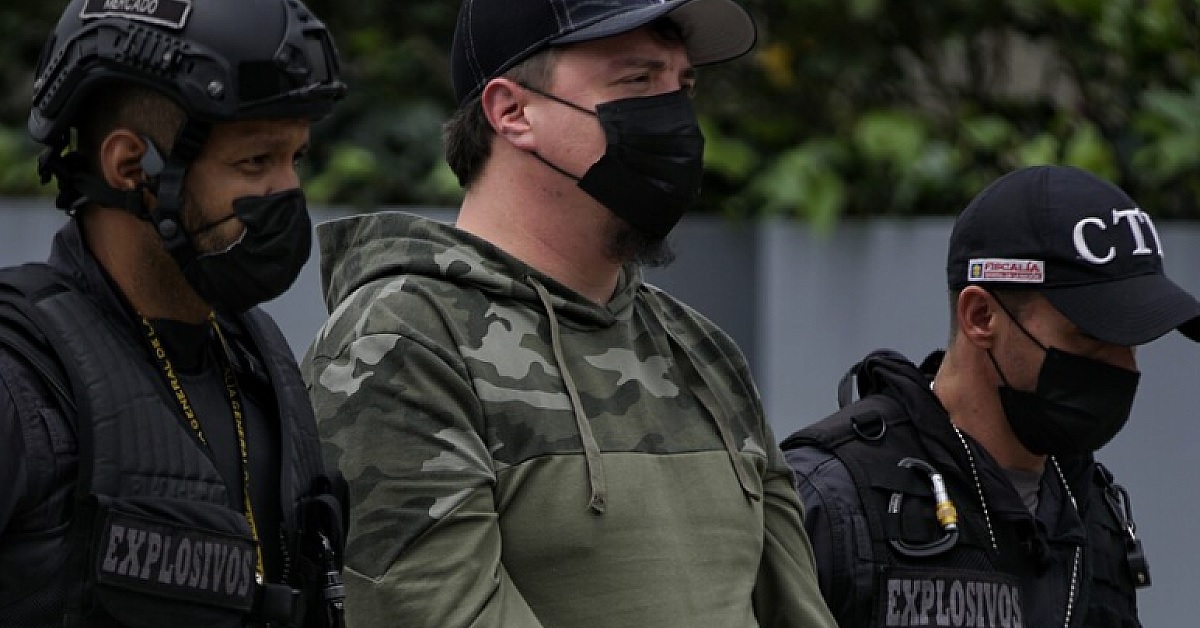 A Russian national arrested in Colombia and accused of spying for the Kremlin has been charged with offenses related to illegal sports betting.

Sergei Vagin, above, flanked by CTI agents. Through his lawyer, he denies being a Russian spy. The Russian embassy in Bogotá called the allegation “fake news.” (Image: Colprensa)

They claim he used some of this money to ferment “political unrest” and fund anti-government riots in the Latin American country.

The suspect was arrested by military police in the Bogotá suburb of Suba on March 30, along with six other people. Among them was Mauricio Garcia, a former agent of the CTI, Colombia’s equivalent of the FBI.

According to local reports, wire intercepts allowed Colombian counter-intelligence investigators to identify Vagin and a larger network of Russian operatives with the help of US signals intelligence. Authorities claim Vagin is a Russian agent, codenamed “Servac,” who filmed some of the riots he is accused of funding before reporting back to a handler in Moscow named “Dimas.”

It is not immediately clear what interest the Kremlin would have in destabilizing the Marquez administration. The Russian Embassy in Bogotá denied the allegation in a statement earlier this month.

“Mr. Vagin is a simple analyst who offers his services to a business of sports betting. He has no link at all to the government of Russia or this embassy,” an embassy spokesperson said, as translated by Finance Colombia.

“Imagine how much money Colombian contributors would be able to save if they had cleared the suspicions of this Russian citizen across the mechanisms of interstate police action,” they continued.

We are attentive to the detention of the Russian citizen Sergei Vagin on March 30 of 2022 by the Colombian forces of public order,” the Russian Embassy added. “We hope that the competent organs offer impartiality and adherence to the law with regards to this citizen of the Russian Federation.”

The embassy claimed espionage reports were “crazy and incoherent … a typical example of fake news,” and part of the “Western information mainstream characterized by a high degree of Russophobia and a blind fury towards everything linked to Russia.”

In December 2020, Colombia expelled two alleged Russian spies, Alexander Paristov and Alexander Nikolayevich Belousov. That was for recruiting agents and gathering information on Colombian natural resources, military capabilities, and the energy grid, according to authorities.