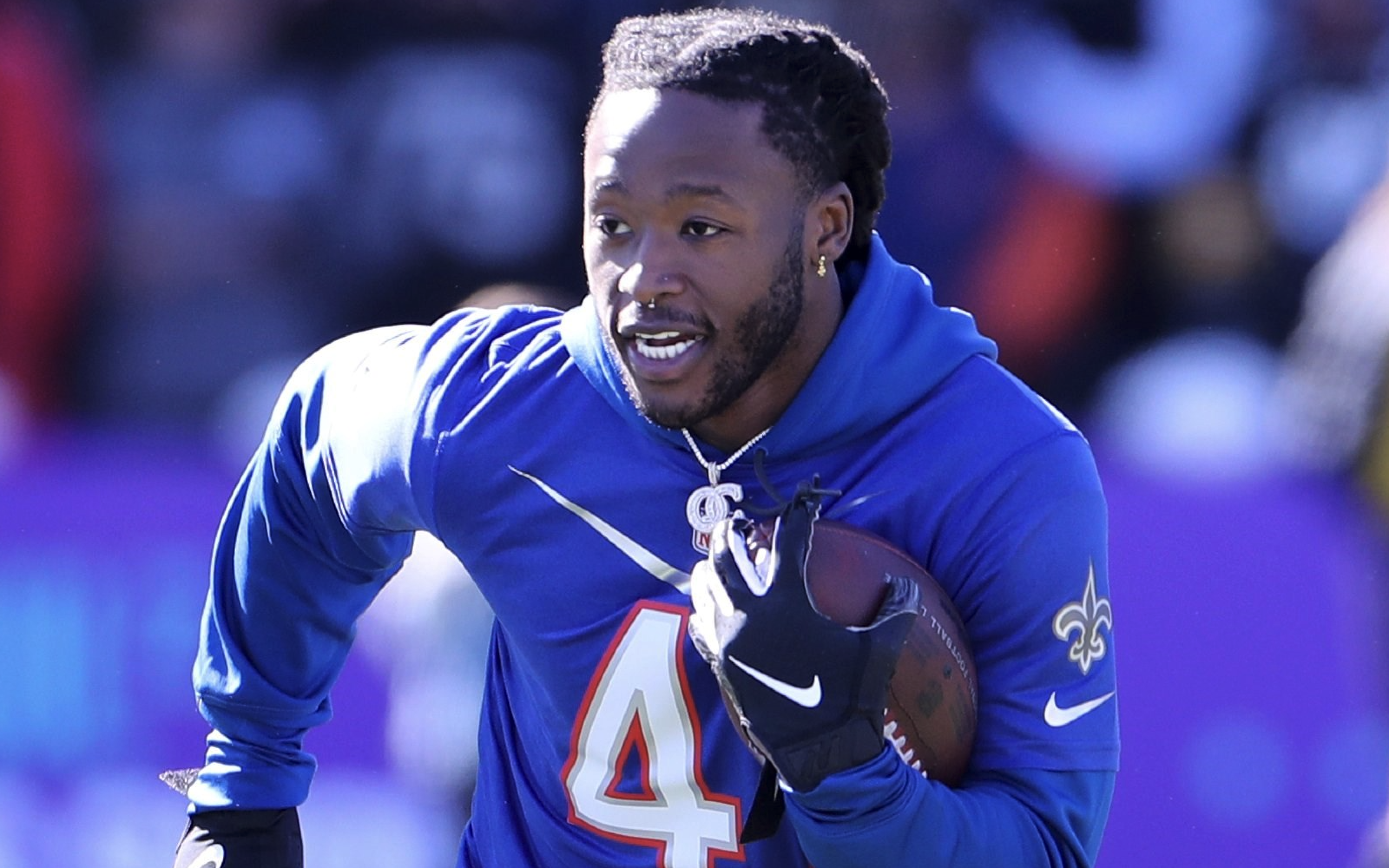 Las Vegas police on Sunday night arrested New Orleans Saints running back Alvin Kamara on a felony battery charge stemming from an altercation that occurred Saturday on the Strip.

New Orleans Saints running back Alvin Kamara was arrested Sunday evening on a felony battery charge in Las Vegas. He was in town to play in the Pro Bowl, which took place earlier in the day. (Image: UTSports.com)

According to a release from the Las Vegas Metropolitan Police Department, officers went to a Las Vegas hospital just before 6 pm PT Saturday. There, an unidentified individual claimed they were battered at a nightclub in the 3500 block of South Las Vegas Boulevard.

That block is the location of Caesars Palace and the Forum Shops at Caesars. The statement from police said that detectives led them to identify Kamara as the suspect.

He was located and taken into custody without incident on Feb. 6, 2022,” the statement read. “Kamara was transported to the Clark County Detention Center where he was booked for battery resulting in substantial bodily harm.”

Kamara, 26, was in town for the Pro Bowl, which took place Sunday at Allegiant Stadium. Despite his alleged involvement in the fight, he still played in the game. He caught four passes for 23 yards. One of the plays he made went viral for highlighting the lack of physical contact that took place in the exhibition game.

The police statement came out just before 7 pm PT, hours after the game ended.

Authorities say the investigation continues in the case, and anyone with information can contact the Las Vegas police online.

According to Nevada state law, battery is considered a misdemeanor offense. However, if it leads to serious bodily harm, then it becomes a class C felony. Anyone convicted of a crime at that level faces a prison term of between one to five years in prison and a fine of up to $10,000.

A message to the LVMPD was not immediately returned Sunday night.

According to Clark County jail records, Kamara was being held on a $5,000 bond as of 8:20 pm PT. He is scheduled to appear in court on Monday afternoon.

Kamara’s arrest comes a little more than a week after former Las Vegas Raiders defensive back Damon Arnette was arrested on numerous charges stemming from an altercation at Park MGM, just down the Strip from Caesars.

Police claim Arnette pulled a gun on a valet at the MGM Resorts International casino after he failed to produce a ticket for his car. Arnette was a member of the Kansas City Chiefs reserve squad at the time of the arrest. However, the Chiefs subsequently released the 25-year-old.

Arnette’s former Raiders teammate Henry Ruggs III was arrested in November for driving under the influence after he was involved in a crash that killed a 23-year-old woman. The Raiders released the former first-round pick after the arrest. He faces up to 50 years in prison on the charges.