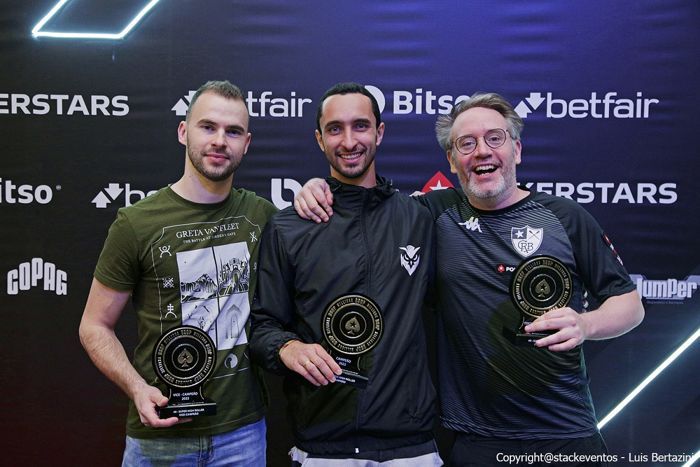 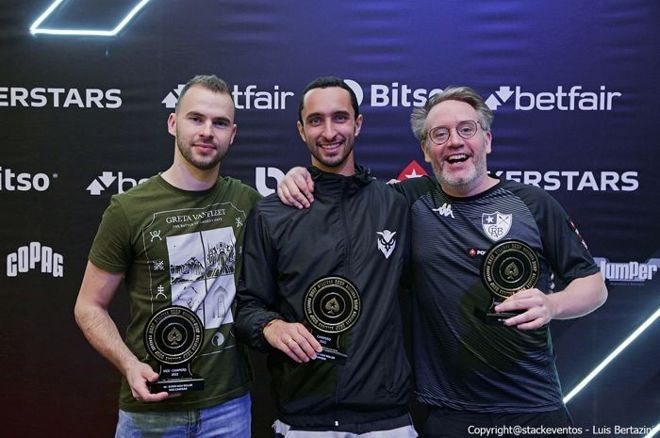 The 2022 BSOP Millions is currently taking place in São Paulo, Brazil, with more than 80 events scheduled in the Golden Hall of the WTC Sheraton. One event that has already crowned a winner is the most largest buy-in tournament ever held in the entire history of the BSOP, the R$50,000 NLHE Super High Roller.

The final table featured a whole host of Brazilian poker stars — along with PokerStars Ambassador Sam Grafton — but it was Lúcio Lima who shone the brightest to take the champion’s trophy and a prize of R$867,025 , after agreeing a heads-up deal with Renan Bruschi.

The Super High Roller was a massive success, drawing a field of 79 entries to create a prize pool of R$3.3 million, more than tripling the guaranteed R$1 million.

Sam Grafton: The Five And a Half Million Dollar Man 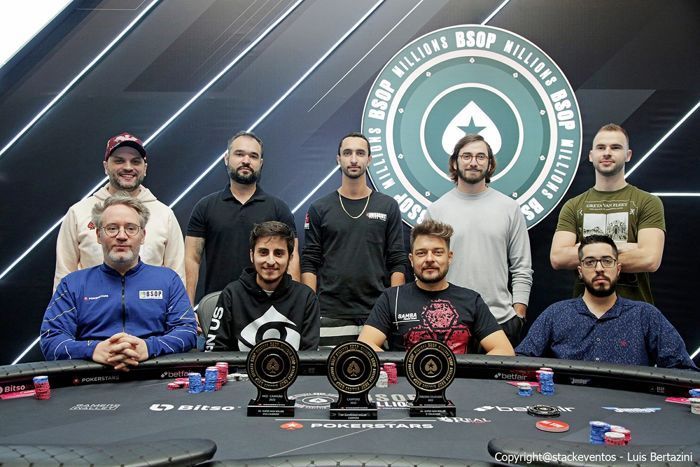 Lúcio Lima, picked out as a Brazilian player to watch in 2022, is well known for his achievements in online poker, where he plays under the “WizardOfAz” account. Now, he’s added a major live title to his resume.

“This title means a lot to me, even more in such a talented field,” Lúcio told SuperPoker after the victory. “I face these guys a lot online, but live has a different dynamic, there’s an extra adrenaline rush. I’m very happy.”

Lúcio had to overcome the cream of Brazilian poker, including the likes of Team PokerStars Pro Rafael Moraes and André Akkari, partypoker ambassador Yuri Dzivielevski as well as Pedro Garagnani, Fabiano Kovalski and Elias Neto, among others. 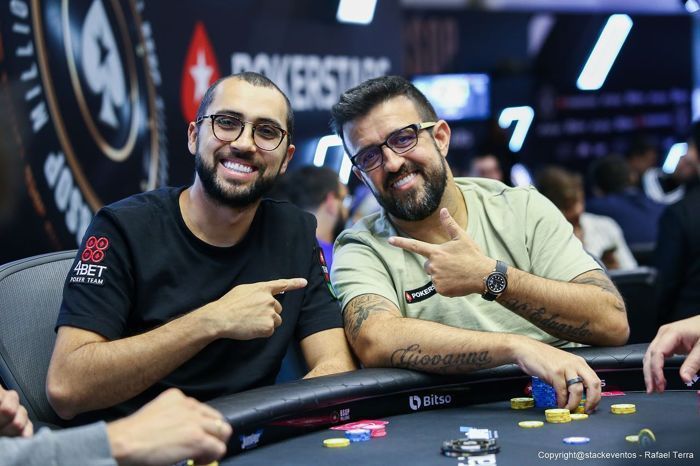 “Very high level. I would say that for online it would be a $5K tournament to have such high level competition as here”, commented the champion about the level of the field. “It was fun, but it was really hard too, it was really sweaty.”

Before participating in the Super High Roller, Lúcio Lima only had one cash in live poker tournaments, according to The Hendon Mob. The Brazilian practically only plays online tournaments, but intends to change that. “I’m going to start traveling more to play these events. I’m really happy to nail this one,” he commented. 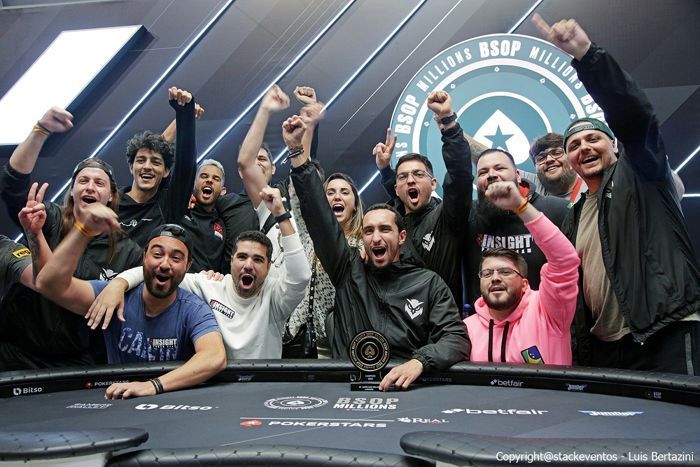 The final table started with Sam Grafton in the lead and comfortably ahead of the chasing pack. The Team PokerStars Pro, who even lived in Brazil for a while, joked on Twitter referring to Brazil’s dominance in online poker. “Just like every online final I made this year: me and eight Brazilians”, commented the Brit.

Just like every online final I made this year: me and eight Brazilians. https://t.co/RIkEkRgOPi

Grafton started well, eliminating Daniel Aziz in ninth place, and continued to accumulate chips to remain in the lead for a good part of the final table.

Fabiano Kovalski managed to close the gap to the leader by eliminating Eder Campana in eighth place and Pedro Garagnani in seventh. But with six players left, he lost a giant pot against Renan Bruschi that changed the course of the final table.

The two ended up all-in preflop with Bruschi holding

. Bruschi took down the pot and took the chip lead. Kovalski was left short and ended up being eliminated in sixth place.

Bruschi made good use of the chips and was responsible for the next two eliminations — Ariel Bahia in fifth place and Saulo Sabioni in fourth place to sit with almost twice as many chips as his two opponents three-handed.

Grafton, the only player with a chance of spoiling the Brazilian party, was Bruschi’s next victim. Having recently won the $200K Coin Rivet Invitational for $5.5 million, this time Grafton had to settle for third place on the podium.

Heads-Up Deal and All-In in the Dark

By sending Grafton to the rail, Bruschi secured an almost 7:1 lead in chips going into heads-up play against Lima.

Despite the huge disadvantage, Lima managed to shorten the distance and then double his stack to level things out. The two finalists ended up closing a deal, guaranteeing R$717,025 each and leaving R$150,000 up for grabs for the champion.

After the deal, the two decided to go all-in in the dark to find the champion. Bruschi turned over 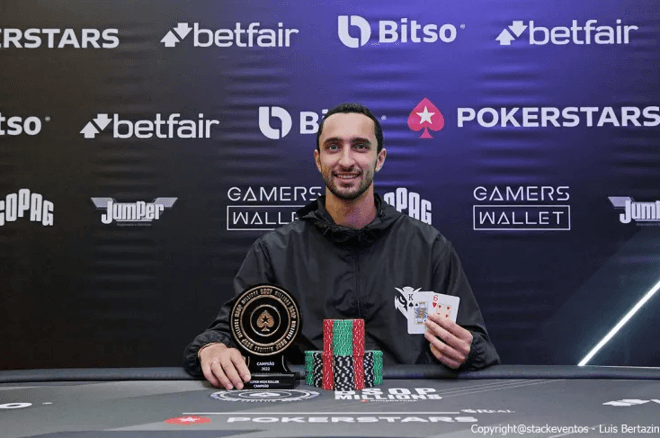