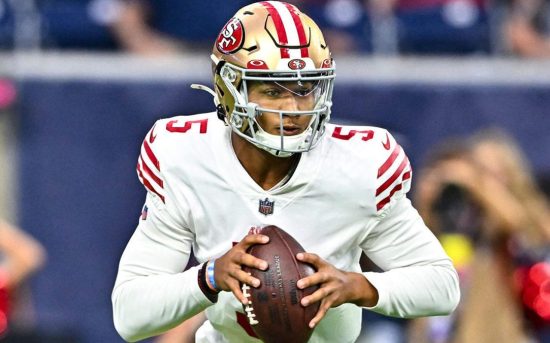 The San Francisco Giants and Chicago Bears meet at Soldier Field Sunday to open the 2022 NFL Season. It’s a 1:00 p.m. ET kickoff (Fox) The 49ers and Bears both made major changes on offense and defense, hoping to improve on their respective 2021 seasons.

It’s a Fresh Start in Chicago

Chicago finished the 2021 NFL season third in the NFC North division at 6-11. Chicago isn’t a choice to win the division in 2022 by any stretch, but the Bears made moves to improve, trying to threaten in seasons to come. The Bears open with a new general manager and coaching staff. Last season’s first-round pick, quarterback Justin Fields, is at the controls from the outset.

The Chicago Bears have tweaked a defense that was probably the team’s strength. Former Los Angeles Charger defensive tackle Justin Jones, and Indianapolis Colts defensive end Al-Quadin Muhammad were signed to help against the run, with departed Mack not there. The Bears added depth to the secondary and specialty teams with the trio of DeAndre Houston-Carter, Dane Cruikshank and Tavon Young to team-friendly, low-commit deals.

Off that six-win season in 2021, Chicago isn’t projected to improve, with 2022’s win number listed at 6½, according to NFL odds.

49ers to Give Lance a Chance

The San Francisco 49ers finished 2021 third in the NFC West at 10-7. San Francisco earned the second wild-card position in the conference, making an unexpected run to the title game in the conference After losing a late lead to the Los Angeles Rams, Niners will have 2021 first-round pick Trey Lance as their quarterback.

Now, with wide receiver Deebo Samuel’s contract issues behind them, the 49ers look to Samuel, tight end George Kittle and running back Elijah Mitchell to provide Lance with the weapons he needs as he replaces new understudy Jimmy Garoppolo at quarterback.

In the opener, Lance’s passing yard props number has been set at 204½, as per NFL odds.

While the 49er offense has major threats in place, San Francisco’s defensive unit lost premier defensive tackle D.J. Jones to the Denver Broncos via free agency. He hasn’t been adequately replaced by the team. One loss of significance on defense shouldn’t drastically alter the team stats, which had San Francisco ranked ninth in the NFL.

Usually, the first week of the NFL season is among the more unpredictable on the schedule. How much stock is put in a team’s preseason records when starters aren’t prominent? Chicago finished the 2022 preseason at 3-0, while the San Francisco 49ers ended 2-1. We’re not judging this game on preseason records or form, and neither is the public.

San Francisco, favored by seven points (-105), is the betting favorite on the moneyline, priced at -300 odds. The Chicago Bears are listed at +250 to win outright and -115 with the points.

The San Francisco 49ers should win this game. It’s the first game of the season, so the total is something to avoid until you have real insight into the teams’ potential on both sides of the ball. That leaves the point spread as the only option. Taking a shot on Lance and the new-look San Francisco 49er offense to make a statement and cover the spread, even at a touchdown.