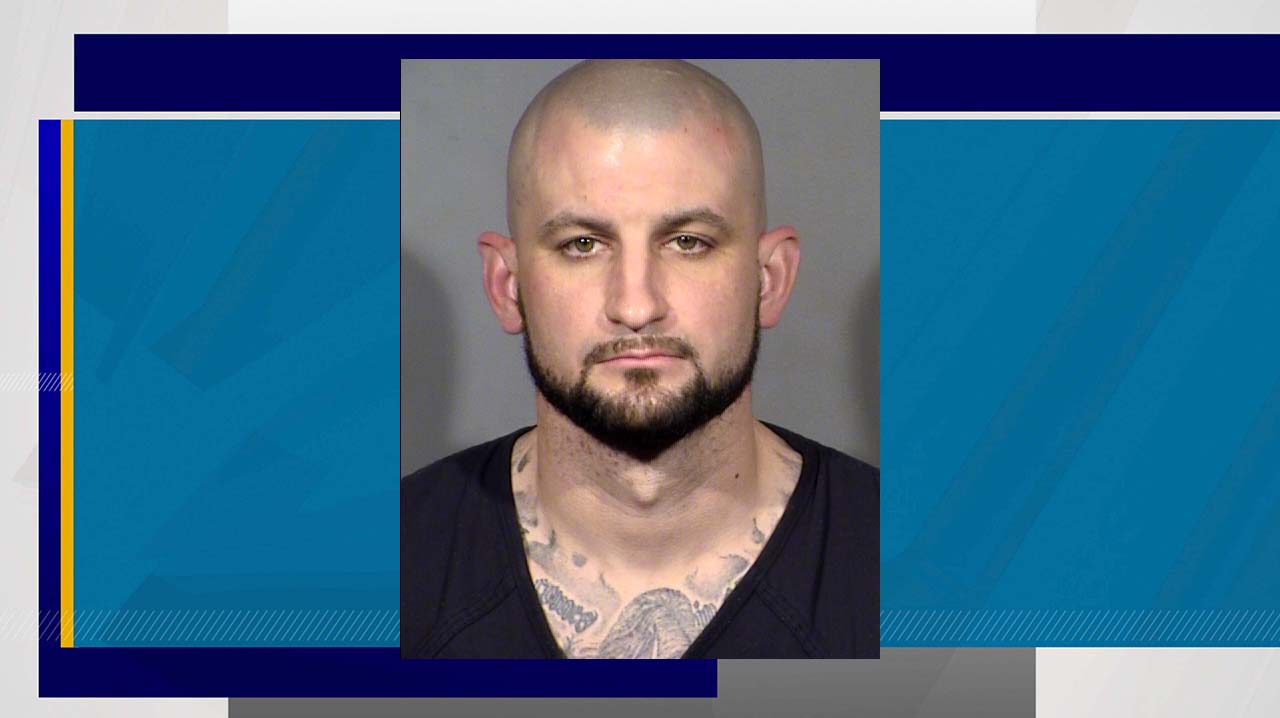 A former convict remained in custody this weekend in Las Vegas after being charged with attempted murder. He allegedly wounded a security guard at Santa Fe Station Casino Thursday. He was identified Friday as Michael Joseph Kasper, 33.

Michael Kasper in a mug shot, pictured above. He was in custody this weekend for attempting to kill a security guard at Santa Fe Station Casino in Las Vegas, police said. (Image: LVMPD)

The incident began at about 2:40 pm when Kasper attempted to cash a fraudulent check at the sportsbook’s cashier’s cage, police said.

The illicit check was for close to $2,000. It was written on a city of Las Vegas payroll account.

A casino worker was suspicious about the check. The employee contacted the city’s payroll department. They informed the worker no such check was released to Kasper.

He allegedly got into a struggle with several guards. A fight ensued.

Then, Kasper allegedly displayed a firearm. Security guards quickly pushed him to the floor. Kasper was still able to discharge his firearm twice. Both bullets wounded one guard in the lower body.

Guards then were able to subdue Kasper. He was later turned over to Las Vegas Metro police. He was later booked at the Clark County Detention Center. Earlier, Kasper was convicted for robbery and burglary charges from a 2009 incident, KSNV said.

The wounded guard was taken to University Medical Center. He was in stable condition late this week. The guard’s injuries were not considered life-threatening, according to initial reports. No one else was injured in the incident, police added.

“In this instance, they were able to take what potentially was a violent suspect and detain him immediately and wait for the police to get here, so that should give citizens a real sense of comfort to know that in an establishment like this they are doing their best to provide for security,” Metro Lt. William Matchko was quoted by the TV station.