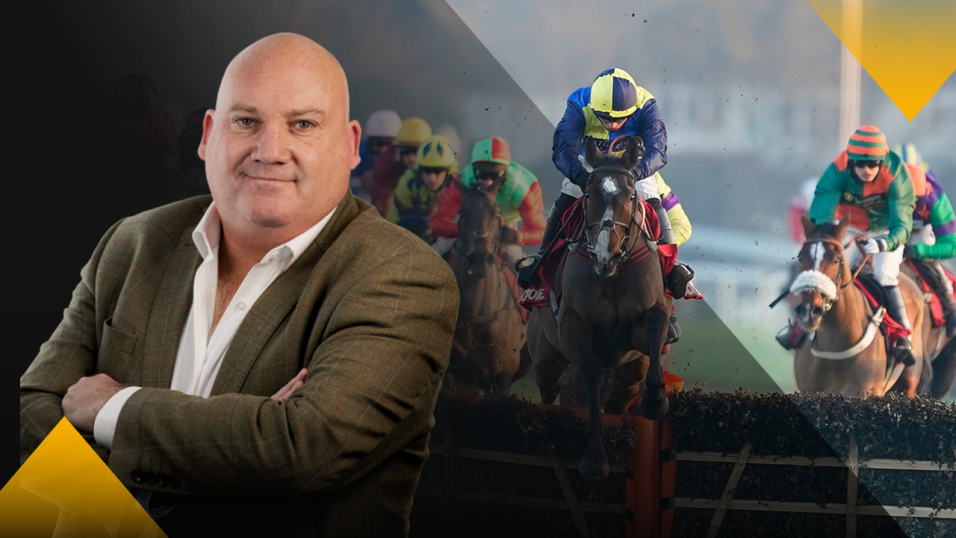 Perceived wisdom seems to be you have to be on, or very close to, the pace to win the Ladbrokes Trophy these days – by the way, I think we have reached the sponsorship stage where we can ditch the Hennessy jokes, don’t you? – but you may have to pay a hefty premium this year.

As Cloth Cap showed last season, getting into a bold attacking rhythm around Newbury on decent ground can pay dividends in this contest, but I counted at least nine potential forward-goers in this field, so the possibly-frenzied tempo of this race could actually suit a closer.

As with any staying handicap chase, jumping remains crucial in big handicap chases – I still have a chuckle when recalling how Bonanza Boy somehow won the 1989 Racing Post Chase – and admittedly that is where my ante-post selection, Mister Malarky, winner of the 2020 renewal of that Kempton race, could come a cropper, as he can hit a few on the way round.

So he was never going to be a massive sexy shortener – indeed, he was available at 60.059/1 when I put him up ante-post, and I imagine you will get that price near the off on Saturday, with only one dropping out from the five-day stage – but I think the key to this horse giving of his best is hard-fitness and decent ground (though he is versatile in this regard), both of which he has here, allied to his very attractive handicap mark.

I am not sure if I am putting him up afresh here (still deciding as I write) – though, quite clearly, I think you would do well to at least have a saver on him at a huge price if playing in the race – but I will certainly re-state Monday’s argument for him.

He is a course winner who finished a fair sixth in this race in 2019 off a 2lb higher mark, he will not mind it at all if it rides near-good on Saturday, his record suggests he needs at least a couple of runs to put him straight, and the handicapper has been kind in dropping him 6lb for his brace of poor efforts this season, though the Ascot run last time was arguably a bit better than it looked.

And, as I have already said, I think peak fitness is key to him.

He won third time out at Ascot last season (off a 2lb higher mark than this), as well as in the 2018/19 and 2017/18 campaigns – he also won fourth time out in 2019/20 – and I strongly suspect his early-season training regime has been geared with this race in mind, and this race only.

I readily accept it is infrequent that it all falls into place for him but that was a strong Ascot handicap that he won off a 2lb higher mark than this last December, and he is 7lb lower than when third to Clondaw Castle in that old Racing Post Trophy in February, just four starts ago.

He remains priced up as one of the least likely winners, which I take issue with, and the Betfair Sportsbook have forced my each-way hand by going 40/1 about him, six places, Back him there.

I am happy to lose if any of the top four in the betting win, as they simply take too much percentage out of the market, and I want a second horse running for me, so step forward Potterman at 20.019/1 or bigger on the exchange, just edging out Copperhead, Demachine and my wild one, Fortescue, as my saver.

The case for him is as obvious, as it is hopefully persuasive.

He is officially the best treated horse in here, as he is 2lb well-in after his Badger Beer second, and he simply looks too big at around 16/1+ win-only.

He loves good ground, was going well enough when taking a pearler at around halfway in this race last season and no way should he be over twice the price of Enrilo on their bet365 Gold Cup form in April.

With an eye on my word count, I am only going to give a line or two to races where I am not putting up a bet, so we can deal with Newbury’s 2m6f handicap chase at 13:15, pretty quickly.

I like Kalooki, who has run all best races at this course, but I would want bigger than the Sportsbook’s 11/2 before considering him first time up in a competitive handicap like this.

I also wanted bigger than 7s about the returning Ch’tibello in the 2m4f handicap hurdle at 13:50, and my sole betting focus on this race is Boreham Bill at 20/1 each-way with the Sportsbook after seeing his 2½-length fifth to Calva D’Auge at Kempton last time.

It is a huge price, and I was amazed that he was 20s in five places on Thursday.

Simply put, I thought he could have gone close to winning at Kempton with a more aggressive ride – though I am genuinely not saying anything untoward, as he was clearly trying – and I bet Emma Lavelle couldn’t believe it when the handicapper dropped him 3lb for it.

He is now only 1lb higher than when winning the Lanzarote by 2½ lengths four starts ago, back in January, and he is handicapped to win this, with plenty of pace to aim at another bonus, as is the ground.

He looks nearer a 10s chance, if that, rather than a 20/1 poke to me, and he is my bet of the weekend (at 14/1 and upwards, if necessary). If he returns to the form of that fast-time Kempton win he has a massive chance, and the stable form (form figures of last five runners read 11722, with a couple of other winners in the last 10 days) would not deter you, either.

I expect Soaring Glory to win the 14:25 but the price tells you as much and my final Newbury bet comes in the shape of Frero Banbou at 9/1 win-only with the Sportsbook.

I put him up at Ascot last time on his reappearance and he halved in price into 4/1 favouritism at the off, only to run a curious race, taking a prominent pitch early, before being allowed to drop through the field, and a couple of sticky jumps soon afterwards promptly put paid to his chance.

He entered the straight well off the pace, yet still going okay – he was actually alongside the eventual winner Amoola Gold, turning in – but Charlie Deutsch wasn’t hard on him as he eventually finished fourth. I assume he stayed on up the straight, given his beaten distance, but you can’t tell on the replay.

Dropped 2lb for that, last season’s Red Rum fourth (strong 2m handicap form) is better than he showed there and I think this is a very winnable handicap. He had deep-ground form in France – what doesn’t? – but his two best efforts in this country have come on good to soft, so perhaps we will see a sharper, more polished performance here.

Over at Newcastle, I have decided to stick up Not So Sleepy in the Betfair Fighting Fifth at 15:15, as he is a very smart tool on his day and I can get see him getting his own way out in front, even if Silver Streak and the outclassed Voix De Reve have gone forward in the past.

His jockeys have not gunned him out all the time, so he may not get that tactical edge, and his record suggests he would want the forecast rain to arrive on Friday and Saturday, but the 20/1+ on the exchange is too big.

He comes here on the back of a cracking second in a Doncaster Flat handicap last month, his Ascot defeat of Buzz and his Champion Hurdle fifth last season put him on the form coat-tails of these, as do some of his performances on the clock.

If getting over the first – he disgraced himself in this race last season when swerving and dumping Paddy Brennan at the opening flight – then he has a lot more going for him that his price suggests for a stable that had an impressive bumper winner at Ascot last Saturday.

I hope to see him pushed into the lead by Jonathan Burke.

Sticking with my early pick or Betfair Rehearsal

Nothing doing in the four-runner handicap chase at 13:30 so over to the Betfair Rehearsal Chase at 14:05.

Selfishly, I was hoping this race would cut up far more than it did, as that would have been good news for my 10/1 ante-post, win-only, selection Spiritofthegames.

I do still like his claims, going up to 3m and now down to a mark of 141, but he is just a 6/1 chance now (albeit the Sportsbook are going four places for each-way punters) and I am not inclined to press up myself, as this does look a strong race with plenty of depth and I suspect he will drift. If he does lengthen, then I may go in again each-way.

And, with a nod to his recent winless record, I do expect each-way punters to at least get their money back if siding with him, as he shaped as if this longer trip was needed in the Paddy Power last time and his Aintree third off a 3lb higher mark than this in April, just three starts ago, marks him out as the best treated horse in here.

To my reckoning, anyway.

Spiritofthegames win at 10/1 with the Betfair Sportsbook in Betfair Rehearsal Chase at Newcastle on Saturday (2.05pm).
Mister Malarky at 60.059/1 in Ladbrokes Trophy at Newbury on Saturday (Guide prices and options given in copy).