Daniel Negreanu is off to a sluggish start through three events in his quest to repeat as PokerGO Cup champion, but there’s still time for the GGPoker ambassador to turn it around with five tournaments remaining.

Sean Perry, on the other hand, has already claimed victory after winning Event #2: $10,000 No-Limit Hold’em for $200,000. The son of Ralph Perry outlasted a field of 80 entrants, thanks in large part due to a wave of good fortune.

“We were definitely gambling, but this tournament is even more exciting,” Perry told PokerGO on Friday. “I was at three big blinds early in and I was telling everyone that I would make the money. Then I made the money. Even at the final table, I was down to two big blinds and somehow came back and won. That’s always nice. Bryn Kenney was giving action, I was giving action, it was a lot of fun. I just ran well. We were playing the nine-four off game. In a $100,000 event, I bluffed it all off to Nick Petrangelo with nine-four off, so that’s why we were doing it, and it was a good time.”

Perry now has just under $5.2 million in live tournament cashes according to the Hendon Mob database, and won six high rollers last year, second only to Ali Imsirovic (14).

The $10k champion said afterward it was “probably the most fun I’ve had winning a tournament.” The final table included some wild action with the players playing the 9-4 game and goofing around. For these high rollers, a $10,000 buy-in isn’t much money so they kept the game entertaining for fans watching on PokerGO.

Darren Elias and Scott Ball both reached the finale in consecutive days, and both were unable to pull out a victory at the final table for the second straight day.

Negreanu Slow Out of the Gate 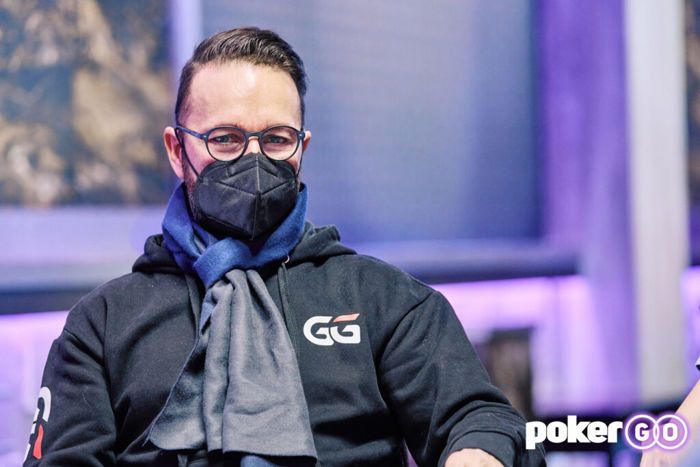 Last year’s PokerGO Cup, the inaugural version, was a memorable one for Negreanu. He not only won his first tournament in eight years, but was also crowned the overall champion.

He’s back to playing cards for the first time since the 2021 World Series of Poker (WSOP), but he isn’t off to a very strong start. The Poker Hall of Famer failed to cash in the first two events and then busted again short of the money in Event #3: $10,000 No-Limit Hold’em Friday evening.

The third tournament of the series attracted 80 entrants and 12 will be paid. One of them won’t be Negreanu, however, who went home in 19th place, which pays the exact same amount as 80th place — $0. On a positive note for “Kid Poker,” he only had one cash during the first four PokerGO Cup events last year, and his victory didn’t come until Event #7. So, a repeat trophy is far from over for one of poker’s greatest players of all-time.

The final table for Event #3 will air at 1 p.m. Saturday on PokerGO.