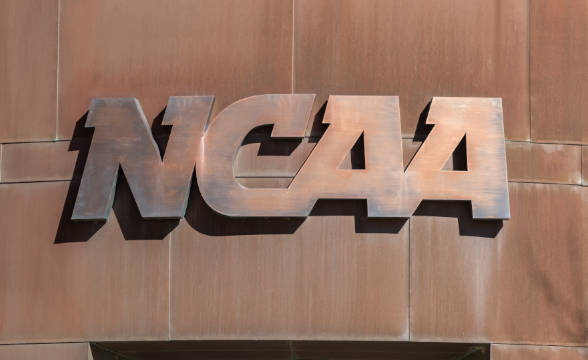 Greg Sankey, an SEC Commissioner, discussed the impact of sports betting during an Associated Press Sports Editors (APSE) summer conference. The high-ranking college athletics official drew attention to the fact that an increasing number of sports have become the target of gambling.

Sports Betting Is Quickly Spreading in Both Volume and Scope

Sankey reported that sports betting had managed to gain rapid momentum and spread beyond traditionally associated sports. The commissioner stated that gambling predominantly affected postseason baseball and basketball half a decade ago. “Now it’s all those sports all season long, incredible volume, and it’s volleyball, and it’s soccer, and it’s softball,” Sankey remarked and mentioned that even gymnastics was not immune to betting.

The APSE summer conference also included two sessions to help editors accurately and impartially cover sports betting content. Director of sports betting for NOLA.com Zach Ewing, who moderated the talks, stated that the sessions would help attendees improve the quality and profitability of their press coverage on gambling-related topics.

SEC Worries about Impact of Gambling on Players’ Mental Health

According to the SEC, the overall data suggests a paradigm shift. Sankey noted that the Commission was actively monitoring each of its sports and had employed the monitoring service US Integrity to receive daily reports on a local and national level. “We need to learn what’s happening,” the SEC official exclaimed and mentioned that the Commission had ready access to gambling industry information.

The quick emergence of the current sports-betting culture reportedly caught the SEC and college athletics by surprise. Its impact on players and coaches remains unevaluated amidst growing concerns about youths’ mental health. Sankey stated that choosing to ignore the new reality wrought by sports betting would be “abdicating our responsibility” to the younger generation. He drew attention to the ever-increasing influence of gambling over players and coaches, who now need to navigate a new and unfamiliar dynamic.

Greg Sankey’s stance on this matter does not come as a surprise. During his six years as Commissioner of the SEC, he has established himself as a staunch advocate for young athletes and has led many initiatives to support students. He has discussed the impact of sports gambling in the past and has been a long-time proponent of exercising caution regarding in-game betting.

Four of the eleven SEC states (Arkansas, Louisiana, Mississippi, and Tennessee) currently allow retail sportsbooks. This number contrasts the overall state of sports gambling in the USA. Thirty of the country’s states have legalized this form of gambling, and four more will soon complete their legislation on the matter.