PokerGo’s US Open continues to command the attention of tournament players and fans around the world, and there have been some notable performances this week. Erik Seidel defeated Phil Hellmuth to win Event #9, and Tamon Nakamura picked up his second win of the series. However, it’s not just the US Poker Open that’s produced big winners. Artur Martirosian bagged himself a fourth Super Millions title last week, while Trevor Reardon produced a career-best performance at GUKPT Manchester. So, without further ado, here are CardsChat’s Big Winners of the Week ending March 27.

Seidel is a perennial performer, and, on Friday, he proved, once again, that he’s a threat in any tournament. The veteran pro lined up against 62 other world-class players in Event #9 of the US Poker Open. One of his opponents was Phil Hellmuth who was out to prove he’s not just a force to be reckoned with in WSOP events. In the end, however, Seidel was too strong. He led going into the final stage of the $25,000 tournament against Hellmuth, and never relinquished his position. A final move with Q-J earned Seidel the title and his third heads-up win over Hellmuth in a major tournament.

Japan’s Nakamura moved a step closer to becoming his country’s top-ranked player after winning two US Poker Open events. The young pro had just over $300,000 in live tournament earnings before this year’s US Poker Open. After winning Event #4 for $169,600 last Saturday, he went on to bank another $236,700 on Monday in Event #6. These results, in addition to three more final table appearances at the US Poker Open, mean Nakamura has won over $650,000 in the last two weeks. That takes his career earnings over the $1 million mark and puts him among Japan’s top 10 all-time money winners. 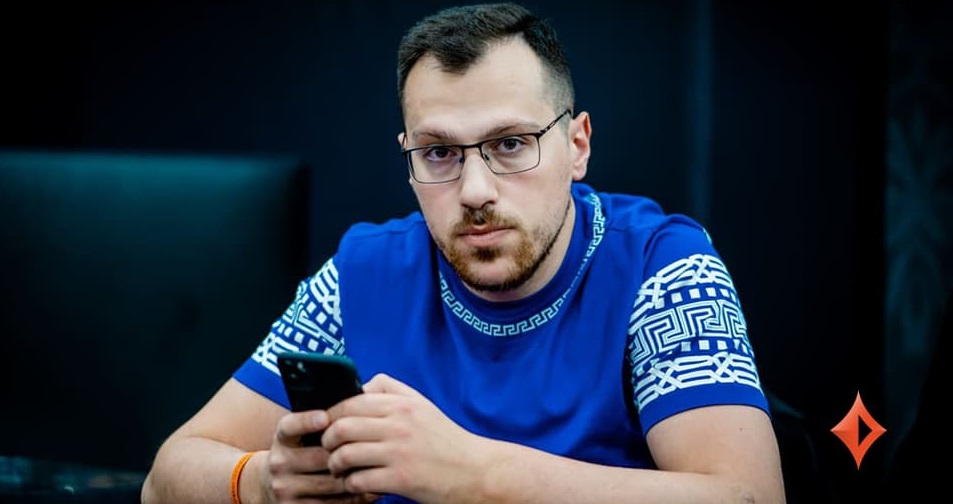 A week after Isaac Haxton won his third Super Millions title, Martirosian has gone one better by topping a field of 194 players in the weekly $10,300 online MTT. The Russian pro went into Tuesday’s final table second in chips, but with less than half the stack of leader Mike Watson. However, Martirosian soon erased the deficit, and a triple check-raise in the final hand against Waston sealed the deal. With all of the chips in his possession, Martirosian joined Michael Addamo and Niklas Astedt as the only players to win the Super Millions four times. 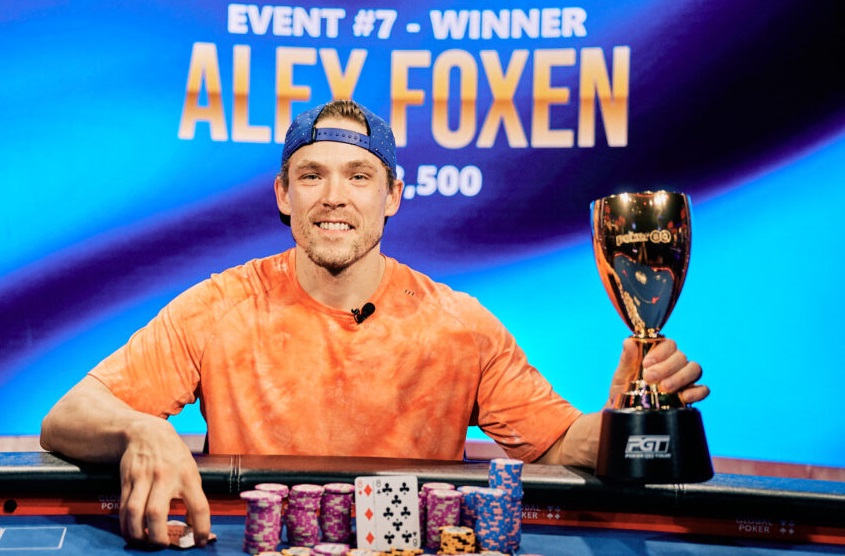 Foxen’s views on COVID-19 vaccines might divide opinion, but very few would argue that he’s not one of the world’s best tournament players right now. The American pro, and partner of Kristen Bicknell, topped a field of 70 players on Wednesday to win another PokerGo event. Foxen’s third cash of the US Poker Open was an outright win in the $15,000 event. Beating Chino Rheem heads-up took his career earnings over $21 million. 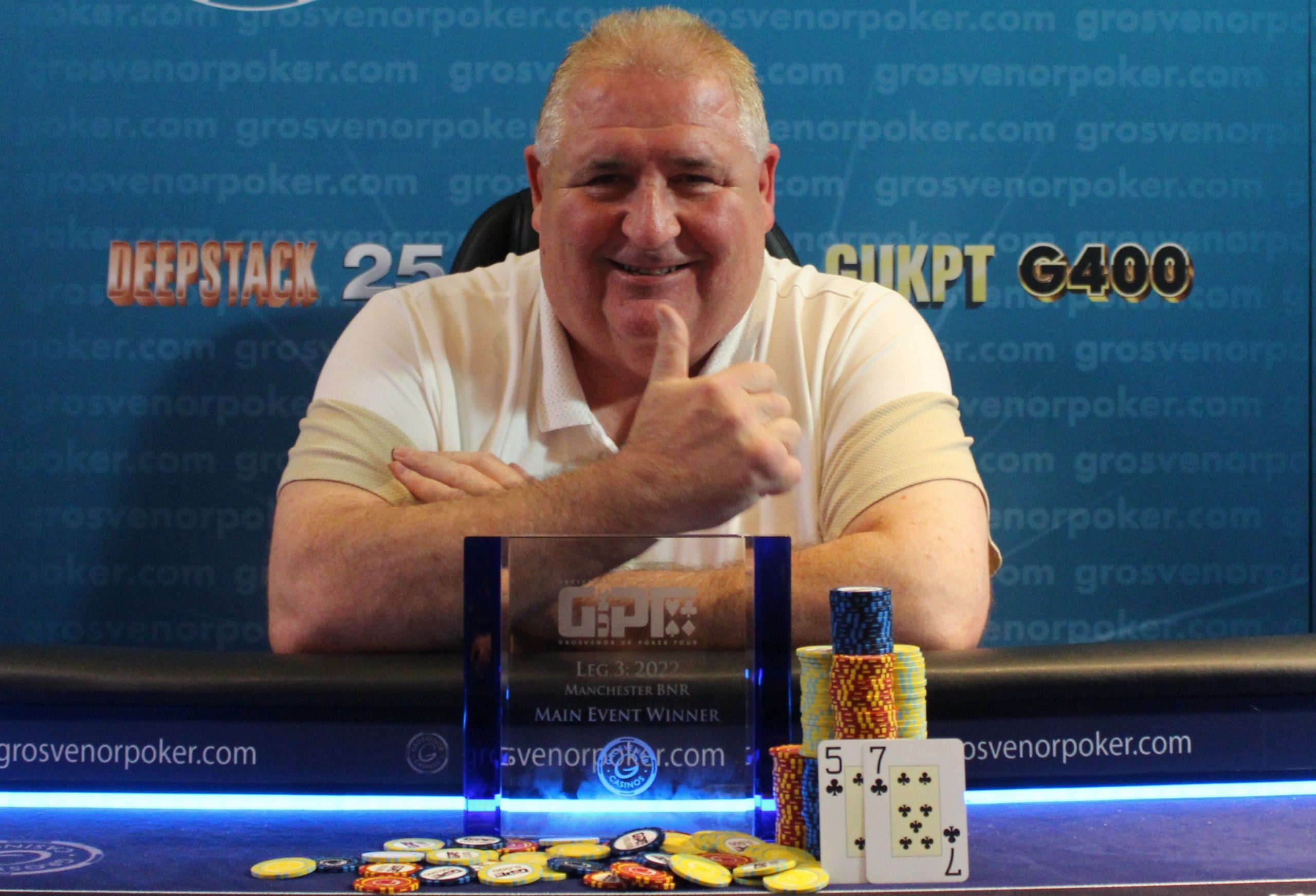 Reardon beat another impressive GUKPT field on Sunday. With Grosvenor’s tournament bandwagon rolling into Manchester last week, 526 players anted up in the £1,250 ($1,630) to play the main event. That pushed the prize pool beyond the $750,000 mark and allowed Reardon to bank his biggest win to date. The English pro finished third in last year’s GUKPT Grand final for $99,053. He went two places better in Manchester to win his first major title. 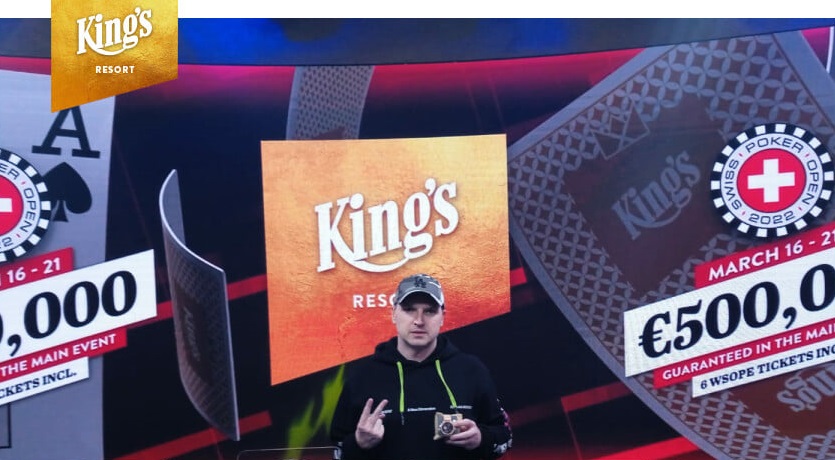 Taborsky might not be Swiss, but he’s now a Swiss Open champion. The Czech pro didn’t travel to Switzerland to compete in the €550 ($600) event. Instead, he made the short trip to King’s Resort in Rozvadov, along with over 770 other players. With rebuys allowed, Taborsky had to top a field of 839 entries on Monday to win the lion’s share of a $546,145 prize pool. 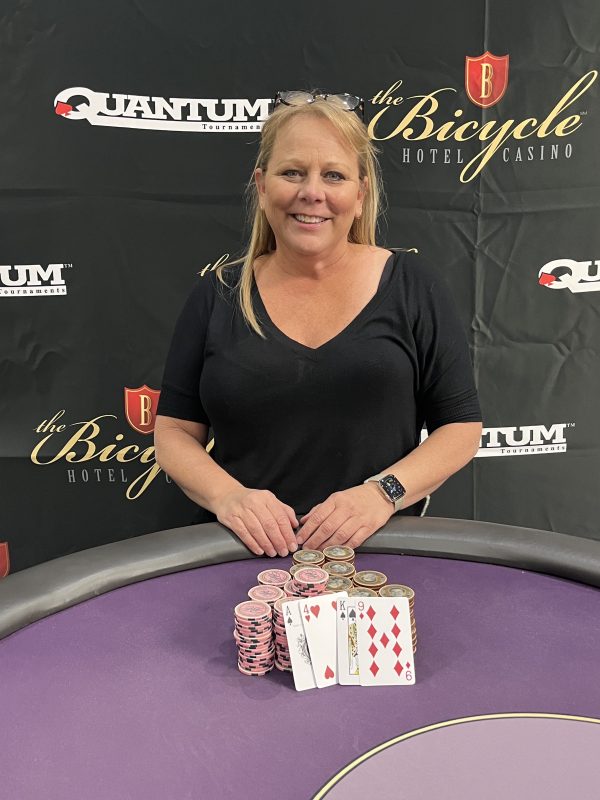 Our last winner wasn’t the biggest of the week, but she’s still notable, as Los Angeles mixed game regular Shirley Rosario added yet another tournament title to her already impressive poker resume. Rosario has more than $630,000 in live tournament earnings to her name, and this victory was her 17th live tournament win, all of them coming in Omaha Hi/Lo or HORSE, except for her first live win in 2004. Rosario chopped the event with two others, including Bryan Saltzman, who could have his own spot on this list. Just a few hours after finishing second here, Saltzman won the $50,000 Guaranteed Event that evening at the Bicycle Casino, pushing his earnings on the day to over $23,000 on the day through the two events.