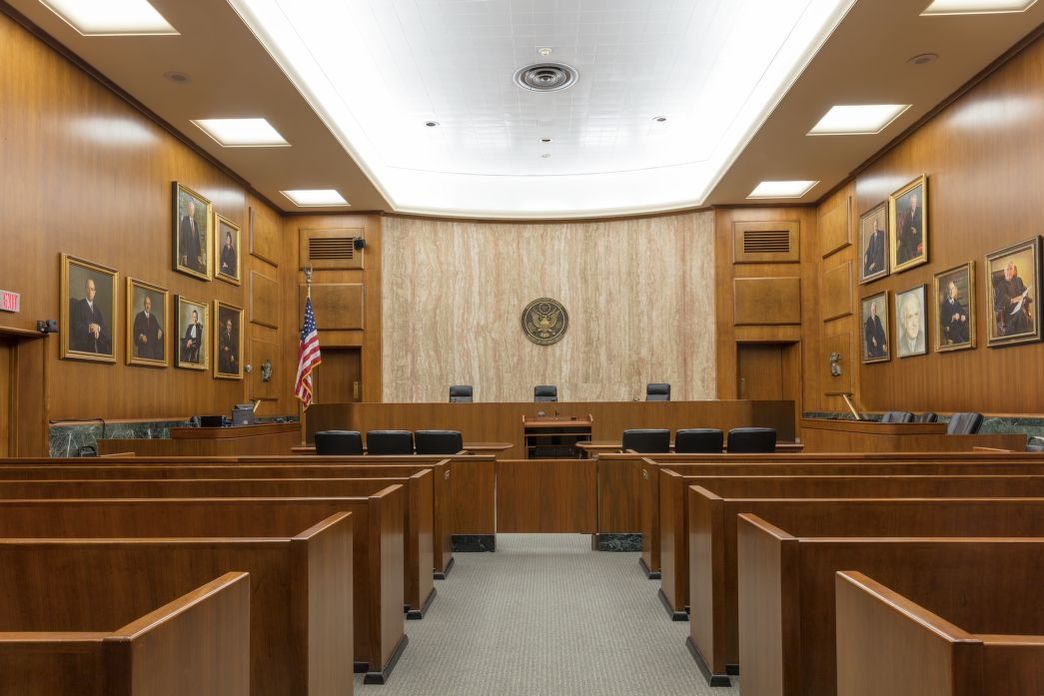 A federal appeals court late Friday afternoon turned down a request by the Seminole Tribe of Florida to continue offering sports betting in the Sunshine State.

The courtroom at the US Circuit Court of the District of Columbia. On Friday, a three-judge panel ruled in a split decision against the Seminole Tribe, which sought a court order allowing it to continue offering mobile sports betting in Florida as it appealed a lower federal court’s ruling that nullified the gaming compact approved earlier this year. (Image: Library of Congress)

The tribe sought a stay from the District of Columbia US Circuit Court of Appeals as it appealed a lower federal court’s decision nullifying the gaming compact it negotiated with Florida officials that gave the sovereign nation exclusive statewide rights to sports betting.

“Appellant has not satisfied the stringent requirements for a stay pending appeal,” the order from the three-judge panel stated.

The decision was not unanimous. US Circuit Court Judges Cornelia T.L. Pillard and Justin R. Walker voted against granting the stay, while Judge Judith W. Rogers indicated she would have granted the motion.

Rogers did not give an explanation in the two-page order.

A spokesman for the Seminole Tribe told Casino.org Friday night that tribal leaders are reviewing the decision.

The Seminole Tribe is aware of today’s Appeals Court decision and is carefully considering the steps it will take as a result,” Gary Bitner said. “Despite the decision, the Seminole Tribe looks forward to a hearing from the Appeals Court based on the appeal previously filed by the Tribe and an expected appeal by the U.S. Department of Justice.”

Friday’s circuit court decision comes nine days after DC US District Judge Dabney Friedrich denied the tribe a stay of her order that threw out the gaming compact.

Friedrich ruled the gaming compact was invalid on Nov. 22, siding with two Florida-based parimutuel operators that filed a lawsuit against the federal government over the gaming compact. The Magic City Casino and Bonita Springs Poker Room sued Interior Secretary Deb Haaland and the Department of the Interior after it failed to make a decision on the compact after a 45-day review.

Per federal law, in those circumstances compacts are considered to be approved to the extent they comply with the Indian Gaming Regulatory Act (IGRA).

The parimutuel operators claimed they faced financial harm as they would not be allowed to offer sports betting on their own terms and participating in a “hub-and-spoke” network with the Seminole Tribe would not necessarily be beneficial. The plaintiffs also said that the mobile sports betting and hub-and-spoke arrangements violated IGRA because the federal law pertains only to gaming that occurs on tribal lands.

The Seminole Tribe is not a defendant in the case. Friedrich also denied the tribe’s motion to intervene as they pushed for a dismissal.

In appealing Friedrich’s ruling, the Seminole Tribe claims that it faces financial injuries by not being allowed to implement the new compact, which also gave the tribe rights to offer roulette and dice games at its casinos.

Tribal leaders also noted that the state will lose out on billions of dollars in revenue. The compact guaranteed the state $2.5 billion over its first five years and $6 billion by 2030.

Despite Freidrich’s order and her denial of its request, the Seminole Tribe has continued to offer mobile sports betting in the state through its Hard Rock Sportsbook app.

Gaming attorney Daniel Wallach earlier this week criticized the tribe for its actions, and Hamish Hume, a lawyer representing the parimutuel operators, has said the tribe was being “disingenuous” as it kept its app online despite the rulings.