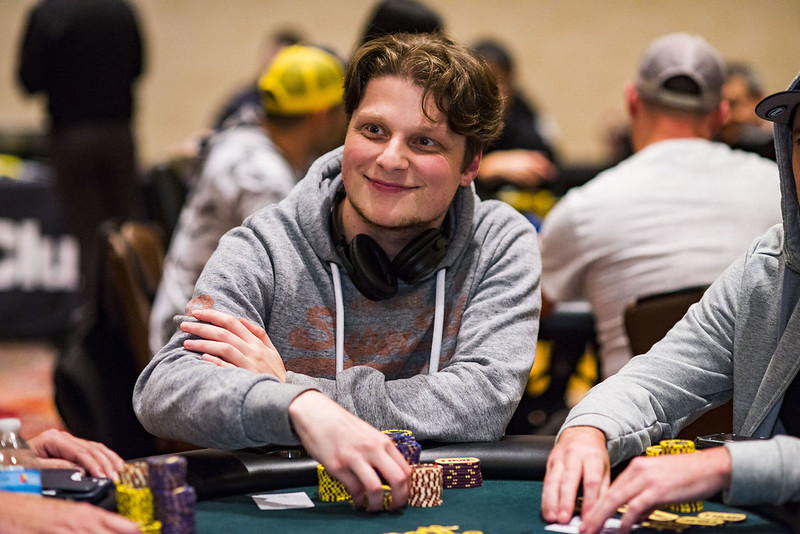 Great balls of fire! The Seminole Rock ‘N’ Roll Poker Open is lighting up Hollywood, Florida, with a $3,500 WPT Championship event that more than doubled its $2 million guaranteed prize pool. It continues a trend of surpassing prize pool guarantees — sometimes in a big way — throughout the series that began Nov. 17.

Day 3 of the $3,500 WPT championship event is currently underway. Day 4 action will take place on Tuesday, with the six-player final table being streamed live starting at 2:30 pm ET on Wednesday.

Big names in the mix

Luke Martinelli, an Australian pro with more than $721K in tournament cashes, started the day as the chip leader with 2.68 million (107 bb’s). Nate Silver of fivethirtyeight fame and fresh off a second-place finish at the WSOP in Las Vegas last month was second in chips with 2.345 million (94 bb’s), while Delray Beach’s Scott Levitt rounded out the top three with 2 million even (80 bb’s).

Other notables taking seats on Day 3 included low-key tournament crusher Joseph Cheong who started just outside the top-10, and Kristen Bicknell who has two WPT Online Championship wins on her resume.

Since its start on Nov. 17, the Rock ‘N’ Roll Poker Open has been drawing record turnouts and shattering guarantees across its schedule.

Aside from the $3 million the players added to the $3,500 championship, all eight of the preliminary events surpassed their guarantees.

Michael Laufer won the tournament with the most entries in Seminole Hard Rock poker history when he took down the $400 No-Limit Hold’em deep stack rebuy tourney which saw 6,196 entries. The prize pool of $2,044,000 beat the guarantee by more than $1 million. He had the most chips when the final six players remaining agreed to chop.

The massive prize pool came with the help of eight starting flights, generating the most buy-ins the RRPO has ever seen, beating 2016’s previous record of 5,018 by nearly 1,200 players.

Meanwhile, Robert Brandl won $23K in a $400 No-Limit Hold’em event that attracted 510 entries last Sunday. The one-day event quadrupled its guaranteed prize pool to $200K. Brandl had the most chips when the final six agreed on a chop after 16 hours of play.

At around 4 am on Thanksgiving morning, “Luscious” Loni Hui won $85,355 in the $600 No-Limit Hold’em event which smashed its $250K guarantee thanks to 972 entrants across four starting flights.

Happy Thanksgiving to all and shout out to @Luscious_Lon on her outright win in the early morning hours to start the holiday off right! Hope everyone enjoys their day and see you tomorrow for the start of the @WPT Main Event! pic.twitter.com/NBSurtyvhM

Hui, who won two WSOP bracelets and five WSOP Circuit rings as Loni Harwood, has nearly $3.3 million in tournament cashes. The victory at Seminole Hard Rock happened a year and three days after she got hitched to poker pro Phillip Hui.