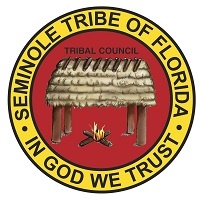 We’ve been following Seminole sports betting in Florida for several weeks. Recently, a Federal District Judge ruled the agreement between the two to be ‘invalid’, as it violated the state constitution and the Indian Gaming Regulatory Act. However, after the ruling the Tribe continued to accept online sports wagers.

Initially, the Seminoles filed a “motion for stay pending appeal” with the Federal District Court while they continued to accept bets. However, the Judge in this case refused to grant them an appeal and rejected their argument that shutting down sports bets would cause the Tribe irreparably harm from the ‘loss of substantial revenue’. So, they appealed to a higher power.

However, a U.S. Circuit Court of Appeals has now rejected their arguments on the matter as well. So all bets are off for Seminole sports betting, so to speak, at least for now. And if that wasn’t enough bad news, the Tribe is now being sued over this whole thing.

The Sands Corporation has filed a lawsuit against the Seminoles, claiming “tortious interference with business relationships.” Or, in more simple terms, the Sands (along with DraftKings, FanDuel, and others) wants a piece of the action in Florida. And it seems that they will fight to get it.

A spokesperson for the Tribe stated that they are still committed to “building the best place for sports betting” in the state of Florida. But what that will look like now is anyone’s guess. It could involve an amendment to the state constitution, a new compact, competition from operators outside the state, or some combination.

Whatever the outcome, one thing is clear: We’re in for a long, ugly legal battle. But what did we expect with so much potential revenue at stake? Seminole sports betting may still happen, but it will probably be a fraction of what the Tribe could have expected originally.