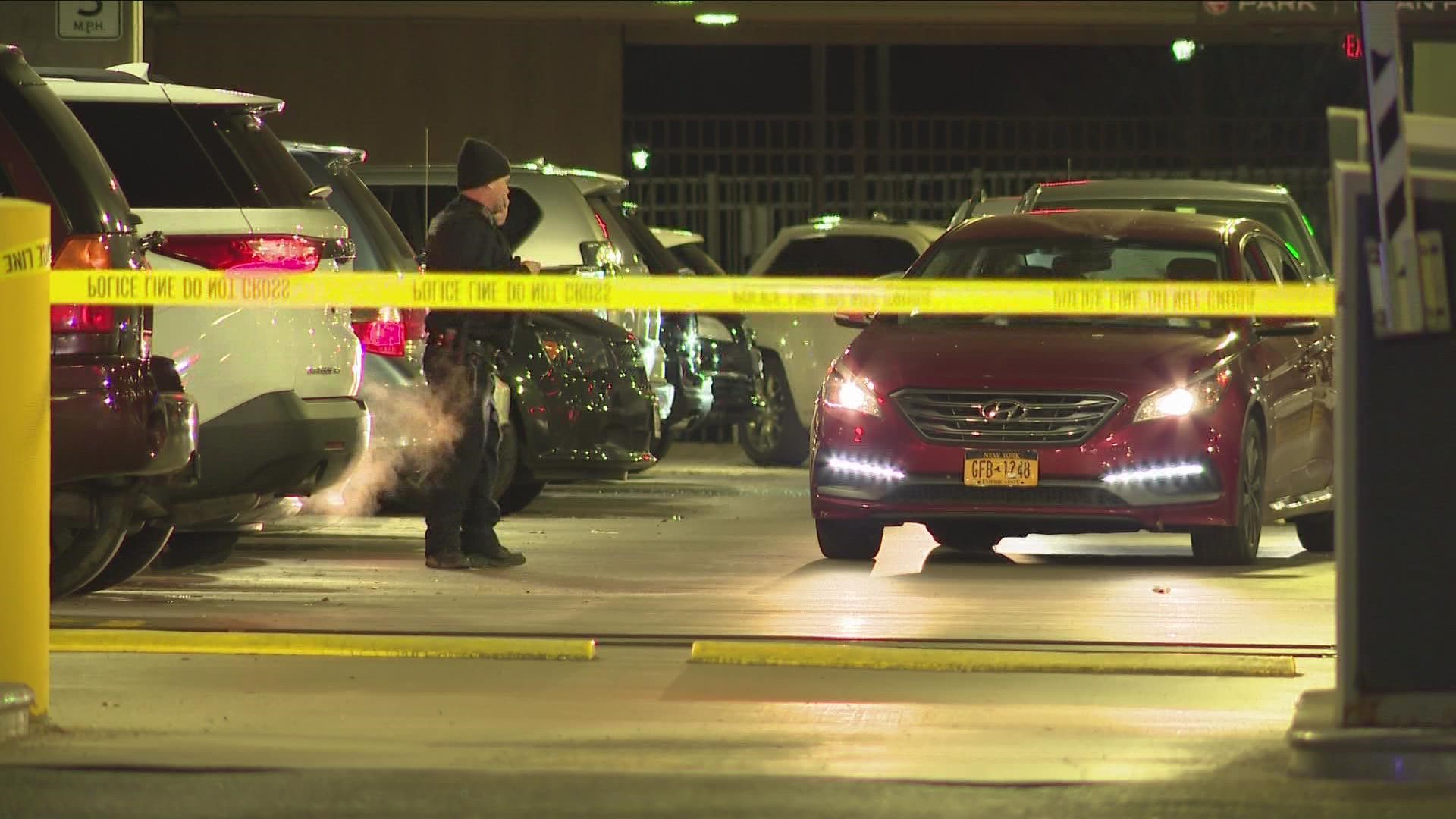 Three victims were shot while in the parking garage at New York’s Seneca Buffalo Creek Casino early Saturday morning. Later in the day, they were listed in stable condition at a local hospital.

A local police officer is at New York’s Seneca Buffalo Creek Casino following a triple shooting in a garage. The victims have survived their wounds. (Image: WGRZ)

One of the victims suffered a wound on his hand and torso, the Buffalo News reported. He was able to walk into the nearby casino and report the incident.

Buffalo police were notified at 3:30 am. When officers arrived, a second victim was found on a ramp in the garage.

The victims were described as a woman and two men. Each was in their 20s. All three reside in the Buffalo area.

They each were taken to Erie County Medical Center. Their conditions as of early Sunday were not immediately available. Police did not release their names to the public.

The two men were in police custody. Both were charged with criminal possession of a loaded handgun, the News reported.

Police searched for evidence and witnesses on Saturday.

They are likely also to review video from surveillance cameras at the casino.

Earlier this month, in an unrelated incident a former blackjack dealer at the Seneca Buffalo Creek Casino was facing fresh charges of colluding with players.

Watson, Torres and a third suspect, Rahat Hossain, 34, were each charged with first-degree gaming fraud.

On Aug. 14 and 15, Torres allegedly helped Watson win $5,300. She also allegedly helped Hossain win about $2,200. She flashed cards at her table they weren’t supposed to see, authorities said.

The incidents were recorded on surveillance cameras at the casino.

Torres allegedly flashed cards to Mack on 62 separate occasions. As a result, Mack was also charged with gaming fraud.

All four suspects pleaded not guilty in court. They could face a year in jail if found guilty of the gaming fraud counts.

Both were ordered to stay away from the Seneca Buffalo Creek and other Seneca Nation gaming properties. They were released on their own recognizance.

Seneca Buffalo Creek Casino is located in Buffalo’s inner harbor area. The casino is operated by Seneca Gaming Corporation (SGC). SGC is a tribally-chartered corporation of the Seneca Nation of Indians.