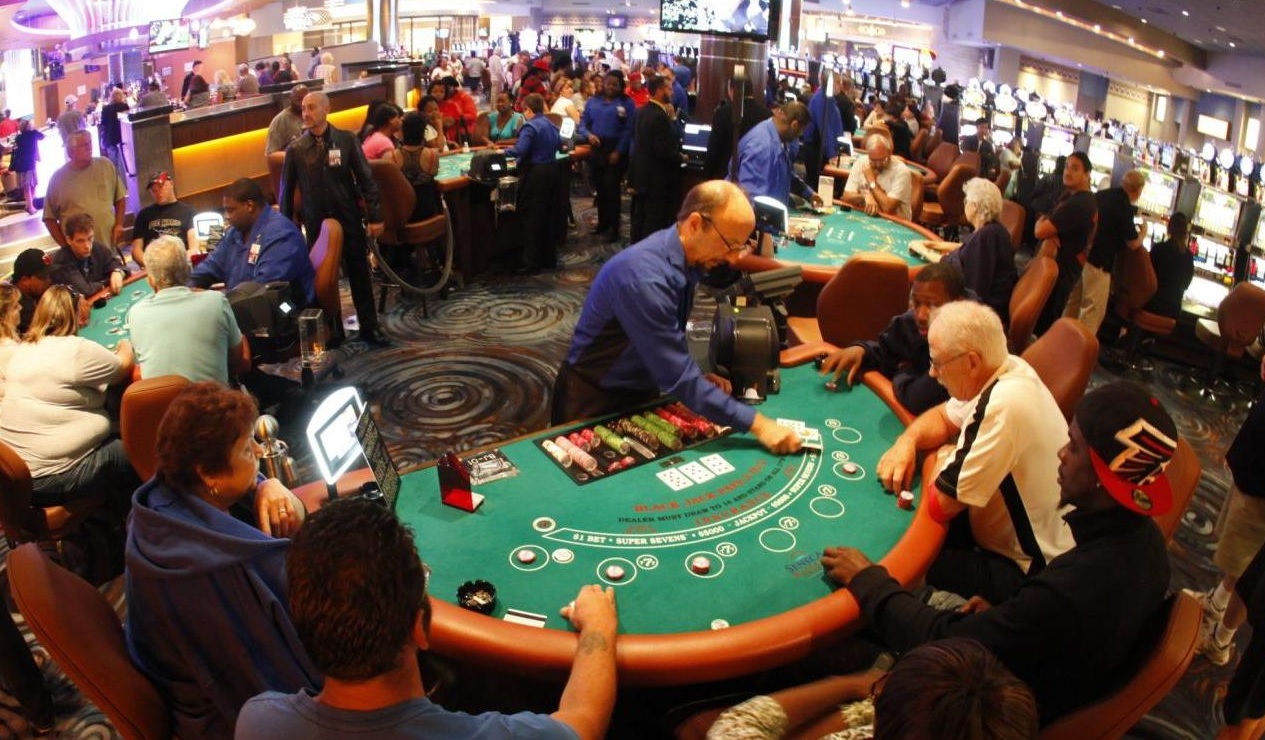 A blackjack dealer at the Seneca Buffalo Creek Casino in Upstate New York is facing fresh charges of colluding with players. That’s after she was charged with first-degree gaming fraud in September, allegedly for helping two gamblers win several thousands of dollars by flashing cards they weren’t supposed to see.

Casino-goers get down to some blackjack at the Seneca Buffalo Creek’s opening in August 2013. One blackjack dealer stands accused of neglecting to keep her cards close to her chest. (Image: The Buffalo News)

The fresh charges relate to an incident that occurred just days before her initial arrest, The Buffalo News reports.

Emily M. Torres, 21, of Lackawanna, NY, was detained on September 8 over allegations that she flashed her cards to two gamblers at the table. Mark M. Watson, Jr. and Rahat Hossain were allowed to win collectively around $7,500 on the night of August 14 and early morning of August 15.

Prosecutors are now accusing her of using the same technique to enrich another gambler, Jordan Mack, to the tune of $5,700 on August 10. Torres allegedly flashed cards to Mack, 44, of Friendship, NY, on 62 separate occasions, which was picked up retrospectively by the eye in the sky.

Torres was arrested when she showed up to work the next day. Watson, Hossain, and Mack were detained later and all three have been charged with gaming fraud.

All four suspects have pleaded not guilty, although Watson and Hossain have repaid their allegedly fraudulent winnings to the casino, according to court documents.

They have been released on their own recognizance and ordered to stay away from the Seneca Buffalo Creek and all other casinos owned by the Seneca Nation.

The charge of gaming fraud, a Class E felony, is uncommon in New York, according to The Buffalo News. Since January 2017, when New York’s upstate casinos began to open, just four other individuals have been arrested for the crime.

First-degree gaming fraud, which relates to the theft of more than $1,000, is punishable under state law by up to four years in prison, a probation term of five years, and payment of a fine.

Dealers colluding with players is also fairly uncommon, but certainly not unheard of. One of the most notable occurrences in recent years involved two corrupt Bellagio craps dealers who were part of a cheating ring that bilked the Las Vegas casino of an estimated $1.2 million from 2012 to 2014.