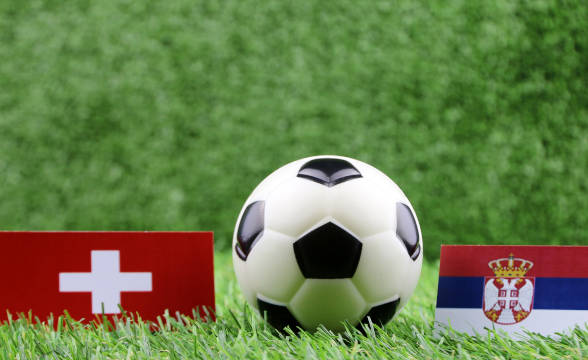 The last time Serbia and Switzerland played was at the 2018 World Cup. The Swiss won that game 2-1 with goals by Granit Xhaka and Xherdan Shaqiri. It’s needless to say that the Serbs still hold a grudge against them, which is just one of the reasons why Friday’s game is guaranteed to be fun to watch.

Another reason is that after the blunder with Cameroon, Serbia need a win to advance to the next stage. For the Swiss, a draw would work fine as well (unless Cameroon beat Brazil by two or more goals in the other Group G game).

For Serbian media, the Serbia vs Switzerland is not a soccer game but a battle on the field. They’ve been pumping up tension ahead of Friday’s game, often with distasteful comments about Xhaka and Shaqiri, two Swiss players tracing roots in Kosovo, which Serbia still considers its own.

Serbian media is going crazy about this game, but the same seems not to be the case with Serbia’s players. They do not look very motivated right now, with reports about serious problems on the players-coach relation.

Juventus forward Dusan Vlahovic is rumored to be in Dragan Stojkovic’s black book. The coach kept him on the bench during the game with Cameroon, arguing that the most expensive player in Juventus’ history is just 30% ready. Vlahovic replied on Instagram by posting pictures of him with the caption “always ready.”

The rumored beef between the two started before the game with Cameroon. After Serbia gambled away a 3-1 lead and only got a draw, other players may have also turned their back on the coach. They blame him for not making any changes until very late in the game.

The Swiss Ready to Park the Bus

The strongest weapon of the Switzerland national soccer team is defense. Not only do they have a fantastic goalie (Yann Sommer), as well as some amazing defenders (Manuel Akanji, Nico Elvedi, etc.), but they’re also very well organized when defending.

The result is that they kept a clean sheet against Cameroon while keeping Brazil to just one goal. The goal in question was scored by Casemiro in the 83rd minute of the match when he fired a projectile that ricocheted off Akanji’s buttocks and hit the net. That said, the Swiss were kind of unlucky to concede in that game.

Against Serbia, you can expect them to employ the same tactic. They’re going to “park the bus” in front of the goal, looking for their chances from counterattacks. Will this work?

Comparing them player-for-player, Serbia’s got a better roster than Switzerland. Unfortunately for them, they just don’t work great as a collective. We did see them work great together at some points during the Cameroon game (their third goal was a great team effort), but they also looked very disorganized in other moments of the match.

Picks: Draw and under 2.5 goals