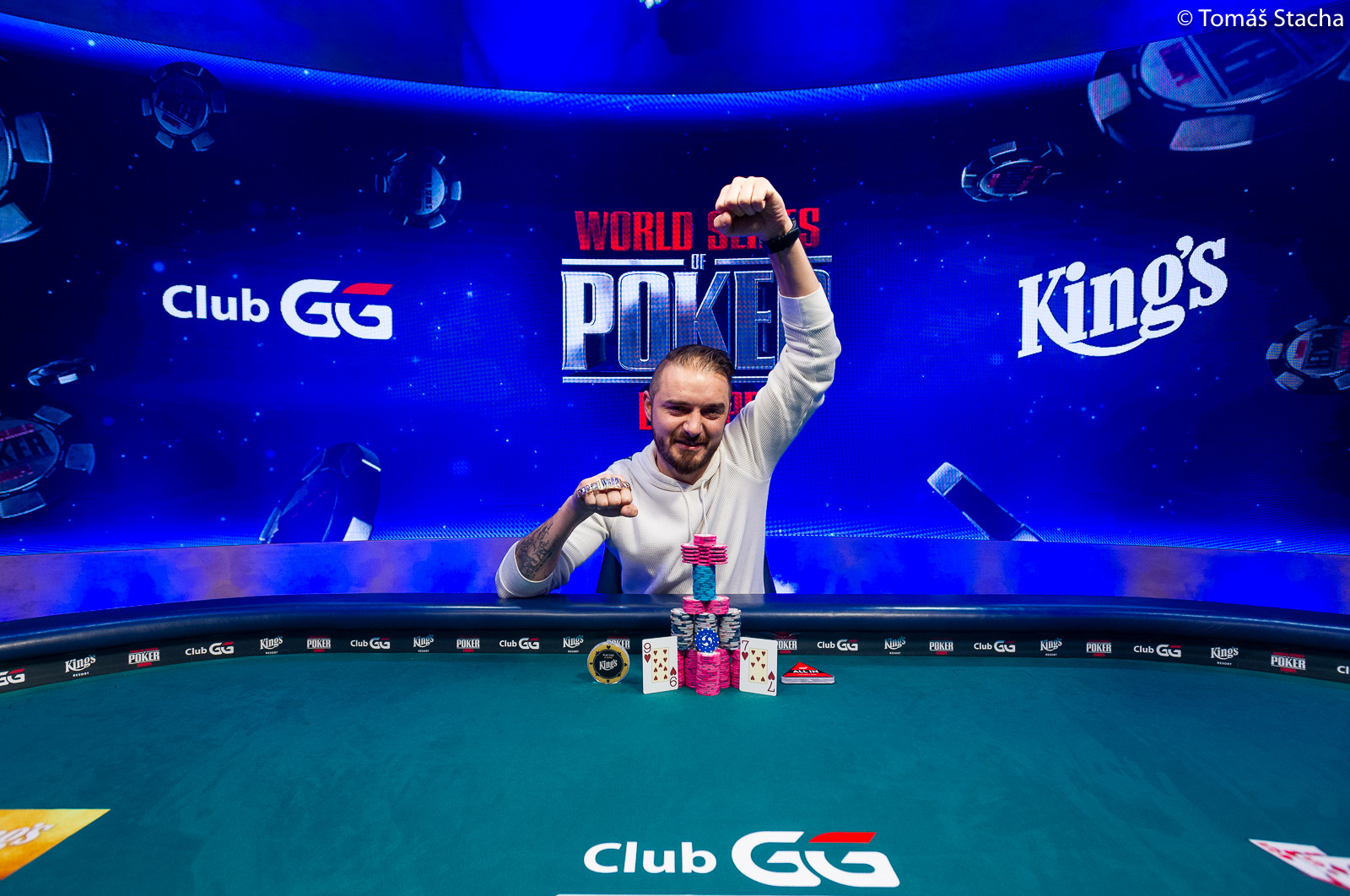 A new gold bracelet winner has been crowned as Romania’s Sergiu Covrig prevailed in heads-up against Michael Strauch to claim his first WSOP hardware in the early morning hours at the King’s Resort in Rozvadov.

An additional day was needed to determine the champion in the latest 2021 World Series of Poker Europe competition and Covrig came out on top of a field of 604 entries in Event #9: €1,100 NLH Bounty Hunter. The tournament sailed past the €200,000 guarantee and distributed €392,600 in cash prizes along with all the collected bounties.

Covrig is the second Romanian to win live poker’s most coveted prize and claimed a cash prize of €79,282 for his efforts. The only other countryman to join the winner’s circle so far was Alexandru Papazian, who has two titles to his name.

Relive all the action from this exciting Bounty event

The 35-year-old has been based in Bucharest for the last few years. He started playing poker nine years ago and has taken it more seriously throughout the last six years, during which he collected several five-figure cashes. Covrig earned his biggest live poker tournament cash at the King’s Resort, a venue he previously visited a few times already.

“Actually, my friends only told me now, that’s pretty cool,” Covrig said when he found out he was only the second-ever Romanian to win one of the coveted WSOP gold bracelets. “The bracelet means a lot. If I play for a trophy and the guy in heads-up offers me money to take the trophy, I give it to him but the bracelet is special. In the end we started playing for the bracelet and I am very happy I won.” 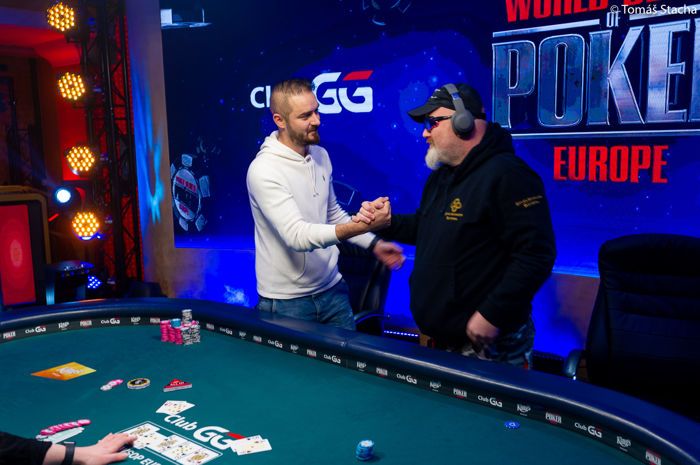 His poker-playing friends made the trip to the Czech Republic and were on the rail despite the early morning hours. Covrig was one of the finalists who insisted on the early restart as he wanted to enter Event #11: €1,650 NLH 6-Max because that “seems like a really good and fun tournament.”

The chase for a potential second victory of the ongoing festival will be on hold for just a short while. “I gonna chill a bit for the emotions to go away and will then jump in,” the Romanian said in the interview after his victory. He also plans on entering the €10,350 WSOPE Main Event, especially after today’s result.

Action of the Final Day

On his way to victory, Covrig collected five bounties on Day 1 and added another two on the short-lived final day, which concluded in under one hour. He also kept the own bounty to give his bankroll another small boost on top.

In the very first hand after the restart, there was already all-in and call when Nicola D’Anselmo jammed his pocket fives into the pocket sevens of Covrig. The Italian found no help and Covrig jumped into the lead. He then tangled with Romain Le Dantec and doubled the Frenchman before doubling right back a few hands later to get back on track.

The third all-in confrontation between Covrig and Le Dantec was a classic coin flip in which the pocket jacks of the Romanian flopped top set and Le Dantec was drawing dead with ace-king on the turn. Moments later, Pablo Finini came up short against Tim Novotny and that left three hopefuls to battle for the title.

Novotny had his kings cracked by the ace-king of Michael Strauch and lost the remainder to Strauch a few minutes later.

Heads-up play got underway with a two-to-one lead for Strauch but Covrig doubled into the lead when his ace-king prevailed against ace-seven. It was all over shortly after when the nine-seven suited of the Romanian got there to beat an ace of Strauch and the third WSOP gold bracelet for Romania was sealed.

Covrig will be back in action in the hours to come as the live poker action at the King’s Resort in Rozvadov continues with Day 1 of Event #11: €1,650 NLH 6-Max. Another six gold bracelets are up for grabs during the ongoing 2021 WSOPE festival and the PokerNews live reporting team will provide updates from each tournament.