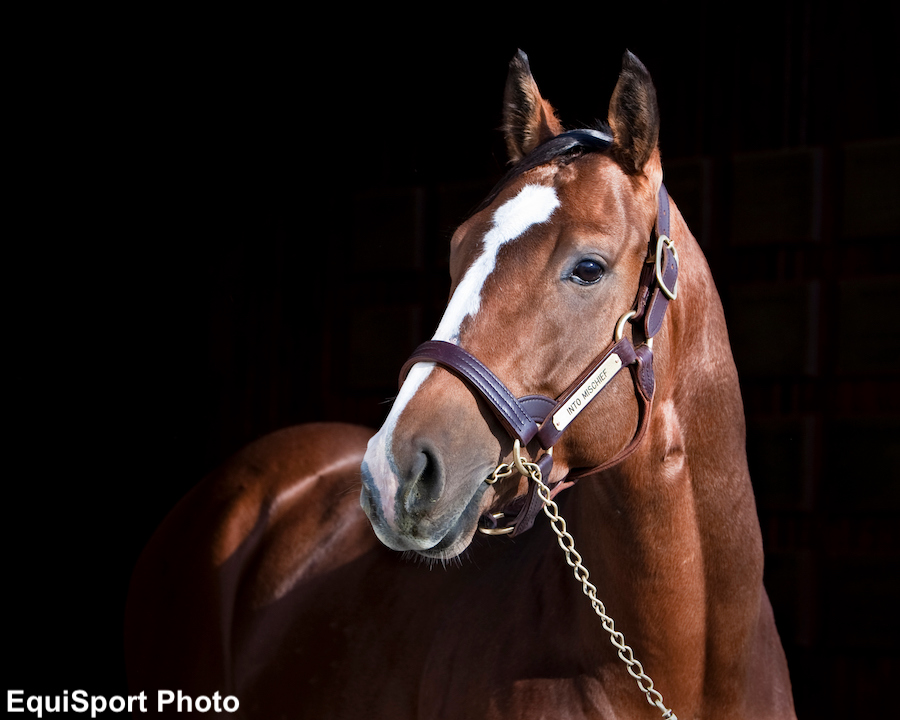 Into Mischief will stand the 2022 breeding season at Spendthrift Farm for $250,000 live foal stands and nurses

The 2022 OBS March Sale kicked off with a pair of seven-figure colts by OBS March graduate Into Mischief leading the first session.

The market was buoyant and supported by a varied selection of six-figure juveniles, strongly represented by first-season sires.

Total figures for the first day of selling include: