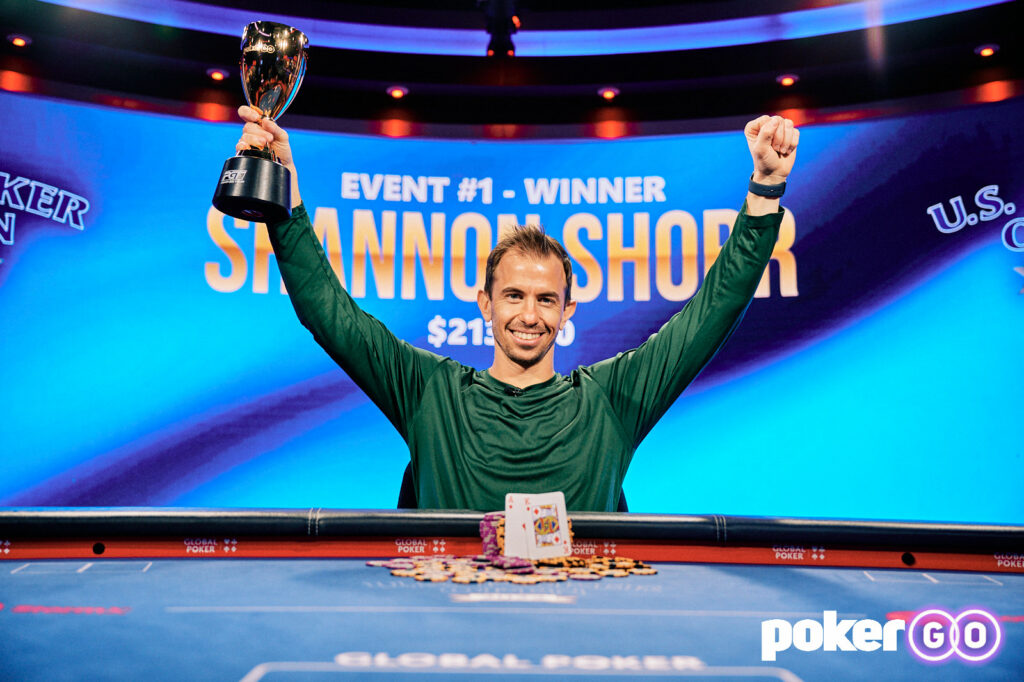 Shannon Shorr and Ren Lin gave PokerGO viewers their money’s worth in an intense, action-packed heads-up battle to finish off the 2022 US Poker Open Event #1: $10,000 No-Limit Hold’em, a tournament that attracted 93 entries. The latter ended up coming out victorious Thursday afternoon for a $213,900 payday.

“It was a blast,” Shorr said. “All of these events inside the PokerGO Studio are so much fun, and the names at the final table – Joseph Cheong, Erik Seidel, Daniel Negreanu – they speak for themselves. It was a blast to be here and I’m glad I could come out on top.”

Shorr and Lin Go Back and Forth

After Masashi Oya, who entered the final table with the chip lead, busted in third place ($111,600), Shorr held nearly a 4:1 chip advantage over Lin. But the match would turn out to be quite the seesaw battle.

Early in the contest, Shorr ran into some rough luck. His opponent was hitting hand after hand, and was starting to climb back into the game. And then the two poker pros played a memorable pot.

With the board showing

Folding trips heads-up is never an easy task, so Shorr opted to flip a chip to determine if he should call based on which side it landed on. It turned out to land on the side that called for a fold, and had it not, Shorr would have been down to just over 2.5 million chips. Instead, the match was dead-even. 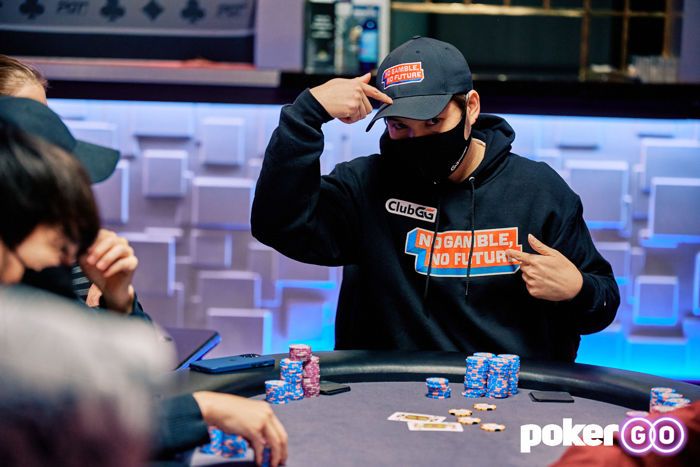 The eventual champ would then start to pull back ahead by a comfortable margin. But then the match turned around when Lin began to mix in some check-raise bluffs to perfection. He also hit some fortunate river cards, such as in a hand with

to win a small pot on a board of

That hand put him out in front 2:1 and pretty much every break seemed to be going against Shorr. Lin would extend the lead even further thanks a wise river call on a board of

, also a no-diamond hand. Lin, with

, made the call to chop the pot.

Shorr then began to fight his way back into the match. Lin, with a 2.5:1 chip advantage, bluffed off a chunk of that stack with eight-high on a paired board.

Check out the PokerNews US Poker Open Hub here!

Hand of the Day

and received a call from

. The flop came out

, another big flop for Lin.

With 3.9 million in the pot, the river was the

and Lin instantly announced “all in.” Shor snap-called and took down a pot worth 8.2 million chips, putting him back into a 2.5:1 lead.

only for Shorr to wake up with

in the big blind, and he shoved all in. Lin decided that he couldn’t fold for his remaining 2.2 million chips. The board ran out

and that was all she wrote. Event #1 went to Shannon Shorr, who now has $9.7 million in lifetime live tournament cashes according to Hendon Mob.

Event #2: $10,000 Pot-Limit Omaha also got underway Thursday at the PokerGO Studio in Las Vegas. When registration closed, the field had 77 entrants. The final table will take place at 1 p.m. PT Friday and will air in its entirety on PokerGO. Remember, all dozen events on the 2022 US Poker Open schedule count toward the PokerGO Tour (PGT) leaderboard.