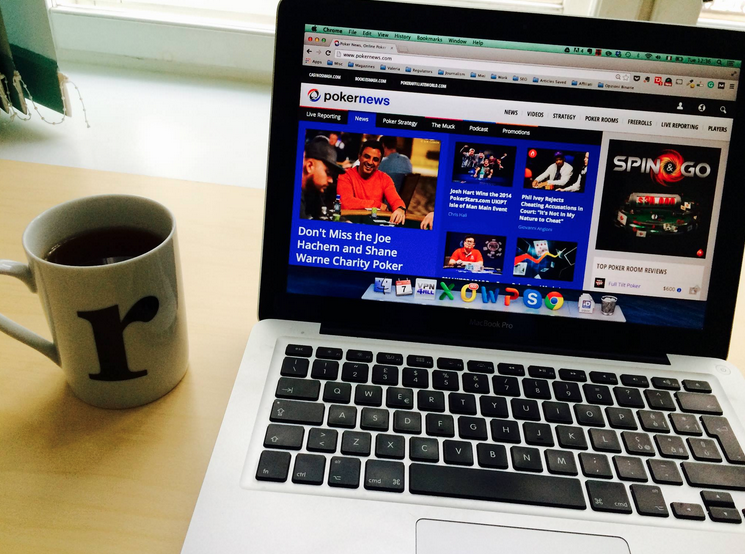 Shared Liquidity in US Online Poker? It’s Closer Than You Think!

Online poker in the US may soon receive a big boost as it looks like shared liquidity is just around the corner.

That is because a pending lawsuit against the United States Department of Justice over a previous administration’s interpretation of the Wire Act, coupled with recent developments in Michigan’s rollout of online poker, signals a shift in legal tides that could significantly increase the number of players in online poker pools.

Here’s a look at the states in the United States that currently offer legalized online gaming in some capacity:

Nearly every poker player the US is familiar with the Interstate Wire Act of 1961, a federal law prohibiting interstate wagering. While there have been various rulings and opinions as to whether the law applies to online poker and other forms of gambling, a 2011 ruling by the Department of Justice (DOJ) under President Barack Obama determined that the Wire Act only applies to sports betting.

However, in 2018, the DOJ under President Donald Trump reversed its position by issuing an opinion stating that the Wire Act does indeed apply to all forms of gambling, including casino games, lotteries, and, you guessed it, poker.

The reversed opinion, which has been tied to the late Sheldon Adelson, a Republican megadonor primary opponent of online gaming, created headache and confusion in the gaming industry and left states looking to or in the process of legalizing online gambling in murky waters.

New Hampshire took the DOJ to court over the issue and, in June 2019, the Federal District Court ruled against the 2018 DOJ interpretation of the Wire Act, meaning that online lottery and poker do not violate U.S. law.

The 2019 ruling was later upheld by the US District Court after the DOJ unsuccessfully appealed the case, as PokerNews reported in January 2021. Then, the justice department let a June 2021 deadline to appeal the decision with the Supreme Court pass and stated that “the government is not planning to seek Supreme Court review of the First Circuit’s decision.”

While the District Court’s upholding of the narrow interpretation of the Wire Act was widely viewed as a big victory for the online poker and gaming industries, the DOJ’s refusal to formally abrogate its 2018 opinion has left plenty of room for worry and uncertainty among stakeholders and players.

International Game Technology, or IGT, sued the DOJ under Attorney General Merrick Garland in November 2021 in an attempt to get the DOJ to formally take a stance on the 2018 opinion and clarify the scope of the 2019 New Hampshire ruling.

In the lawsuit, which was filed in Rhode Island District Court, the Rhode Island-based lottery company asked for “a declaratory judgment that … the Wire Act does not apply to IGT’s non-sports gaming operations.”

“Because virtually all modern lottery and gaming relies on interstate wires, and because the lottery and regulated gaming industries were built around the understanding that the Wire Act poses no impediment to those state-regulated activities, the New Hampshire State Lottery Commission and its lottery provider, NeoPollard, challenged the 2018 OLC Opinion in federal court,” the lawsuit reads. “Because relief was limited to the plaintiffs in that case, however, the 2018 OLC Opinion remains DOJ’s binding policy today.

The lawsuit continues, “As a result, IGT’s entire non-lottery gaming business is subject to prosecution and DOJ has offered only the promise of a 90-day heads up before it can subject IGT’s lottery business to the Wire Act as well.”

“It is possible DOJ is kicking the can down the road a bit because it has not yet formulated a policy position.”

Last month, the DOJ told the court that it needed more time to respond to IGT’s complaint. The court granted a 30-day time extension, giving the DOJ until Feb. 23 to address the complaint.

A handful of gaming attorneys and experts told US Gaming Review earlier this week that time extension requests are fairly typical and don’t necessarily signal developments in the case. However, Jermy Kleiman of Saiber LLC told the same outlet that “it is possible DOJ is kicking the can down the road a bit because it has not yet formulated a policy position.”

Whether the DOJ formally abrogates the 2018 interpretation of the Wire Act, gaming experts widely believe IGT will prevail in its lawsuit.

One such expert is Anthony Cabot of the Boyd School of Law at the University of Nevada-Las Vegas, who told US Gaming Review that “if this went to court decision, IGT would press for a decision that had broader implications than the impact of the 2018 opinion on its Rhode Island operations.”

“The better case scenario is for the DOJ to repudiate its blatantly incorrect and politically motivated 2018 opinion and reaffirm the proper analysis from its 2011 opinion that the Wire Act only applies to sports wagering,” Cabot added. “This may be the course the DOJ takes as it is correct, expedient and cost efficient.”

IGT is not alone in calling on President Joe Biden’s DOJ to clarify its stance on the 2018 opinion. In June 2021, a group of 26 Attorneys General wrote to Garland urging him to clarify the department’s official position on the previous administration’s interpretation, noting that “states need finality on this issue before they invest more resources in the development of online lottery platforms.”

“The (DOJ) can and should put an end to this matter once and for all,” wrote the group, which includes attorneys from the seven states with legal online poker, including Pennsylvania, Michigan and West Virginia.

What It Means for Shared Liquidity

With both the IGT lawsuit and pressure from attorneys representing over two dozen states, time is running out for the Biden administration to clarify its position on the Wire Act, or to formally abrogate the 2018 opinion.

Doing so would clear the way for more states to legalize online poker without fear of running counter to federal law. More than that, it would enable states with legal online poker but closed-off player pools to join an interstate poker compact.

Two such states are Michigan and Pennsylvania, both of which only allow in-state play on regulated poker sites. As a result, players in these states remain siloed off from the combined pool of players in New Jersey, Nevada and Delaware made possible through the Multi-State Internet Gaming Agreement (MSIGA).

Just last month, Michigan Gaming Control Board (MGCB) spokesperson Mary Kay Bean told MI Gaming Review that Michigan “asked to join the compact last year and submitted some suggested changed based on the requirements of our law,” a clear indicator of the state’s interest in joining the MSIGA.

MI Gaming Review further reported that Michigan Gov. Gretchen Whitmer and state regulators were at odds over who should sign an agreement to enter MSIGA, yet another indicator of the state inching closer to joining the compact.

Should Michigan or Pennsylvania join the compact, it would be a positive for online poker players and operators alike. With the two state’s combined population of over 23 million, the pool of potential players would nearly triple in size, creating more action for players, generating more money for site operators, and bringing in more tax revenue for states.

As PokerNews noted last year, if all seven states were joined in one combined player pool, it would total approximately 41 million potential players.

Having more states enter into the existing multi-state compact or legalize online poker would clearly be major positive developments for online poker in the US. As things stand, both seem to be more questions of “when” than “if.”