The two-day $2,100 Bounty Event in Atlantic City as part of The Return – A Borgata Championship Event wrapped up after just under ten hours of play following a five-handed ICM chop that saw New York’s Soukha Kachittavong taking home the top prize of $70,194 and the Borgata trophy.

Another Trophy for the Shelf

With over $1.6 million in Hendon Mob-reported live earnings heading into the event, Kachittavong was one of the more experienced players at the final table as he made his return to Atlantic City.

“It feels good,” he told PokerNews after the victory. “I haven’t been playing here very often and I will probably play here more now. My home turf is Foxwoods, I play there a lot, but they don’t have a series going on, just dailies.”

He added, “I don’t travel like these guys. I have two kids. But I do play a lot of tournaments.” 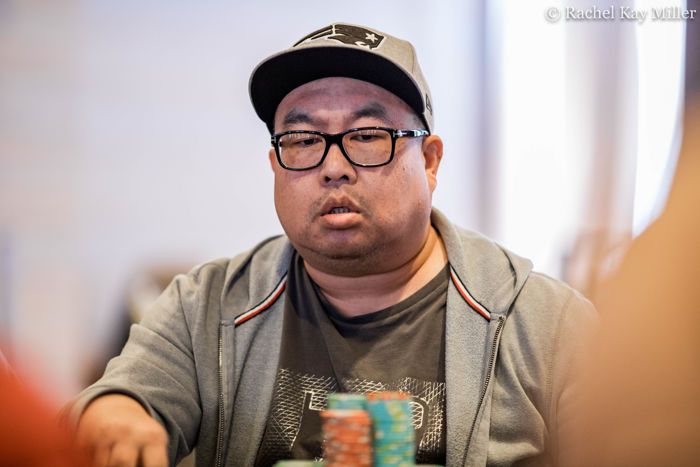 Check out the Borgata Poker Room review here on PokerNews!

Traveling to The Return series was clearly a good move. Kachittavong started the trip with a deep run in $2,200 Mystery Bounty and now takes home up $70,194 in addition to the more than a dozen $1,000 bounties he picked up along the way.

“I wanted to play again. I’ve been doing well besides Foxwoods … I’ve got like five titles from here (at Borgata), five or six … I’ve got six of these trophies at home.”

Day 2 action kicked off with 54 players after the burst of the money bubble at the end of day one. It took only a few hands for World Series of Poker (WSOP) Main Event champ Ryan Riess to fall for a minimum cash of $1,940. The 2013 champ managed to get it in good with ace-king against the ace-queen of Robert McLaughlin, but a queen on the flop and another on the turn send Riess packing. 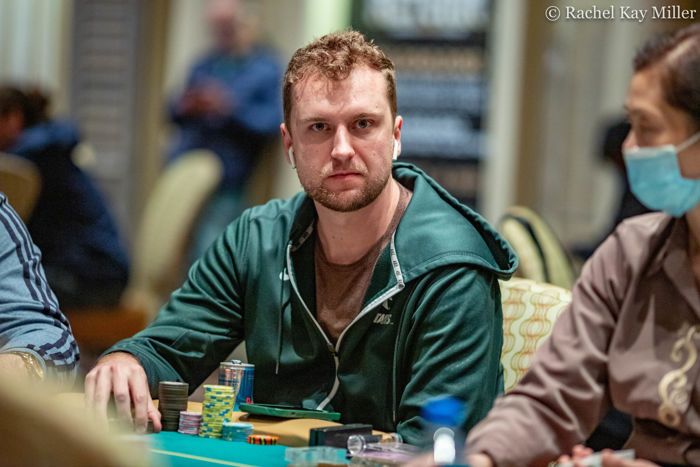 While Riess failed to further advance in the bounty event, another world champion, Joe McKeehen, sits among the chip leaders in $5,300 The Return with two tables remaining.

Simon Levy, who began the day with just three big blinds, managed to build a stack before being eliminated on the final table bubble during hand-for-hand play as his Big Slick couldn’t win a flip against the eights of Nir Cohen. Cohen began the day second in chips and fell in seventh when his ace-seven was dominated by the Fishhooks of Garshofsky. 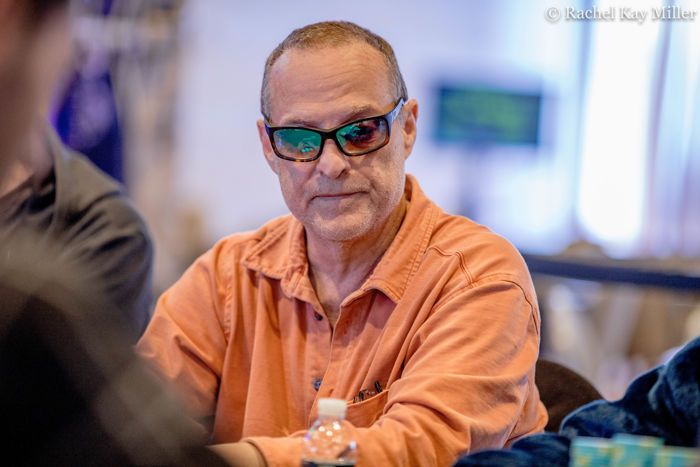 Next out was Scott Bohlman, who took a painful exit when his king-queen out-flopped the pocket eights of Garshofsky before an eight appeared on the river to send him home in sixth place.

After Bohlman’s exit, the five remaining players decided to look at ICM numbers and liked what they saw. Luckily for Kachittavong, he had recently stolen the chip lead from Garshofsky after winning a big pot with top pair top kicker.

“I played cautiously because he was chip leader at that time and I was second in chips,” Kachittavong said. “And it worked out fine just like that.” 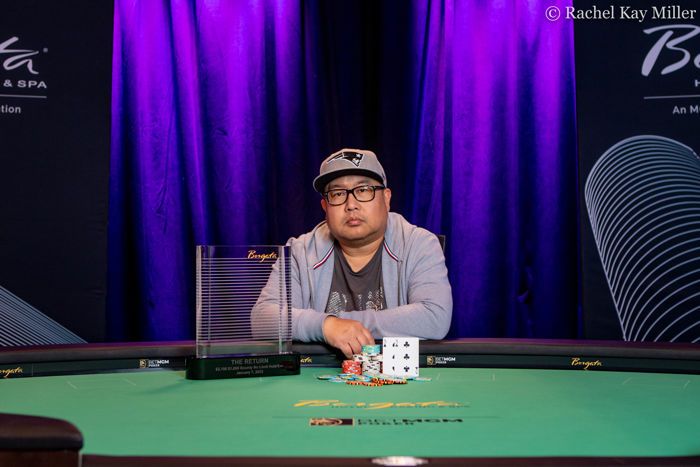