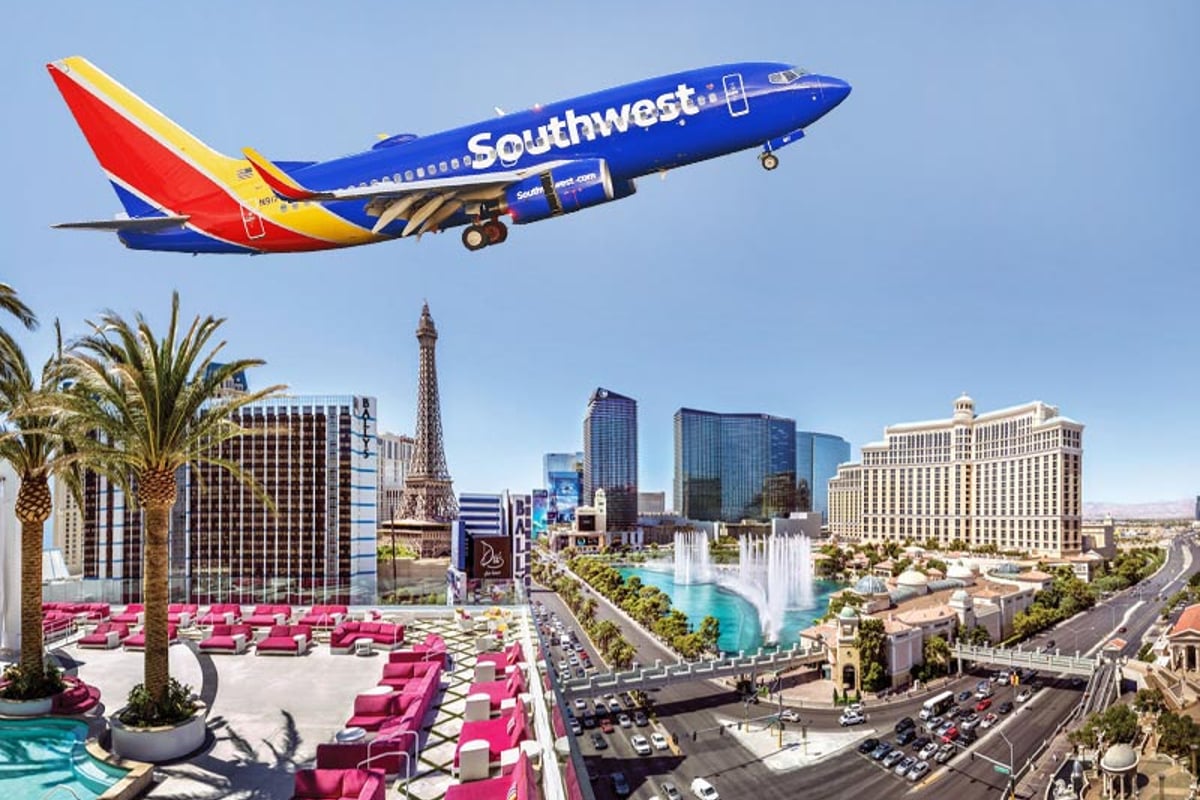 Southwest Airlines is increasing its service in and out of Las Vegas beginning in March 2023.

However, 2021’s passenger count remained below 2019, when a record 51.5 million people were served at LAS. But Southwest, the airliner that already serves more passengers through Las Vegas than any other carrier, remains bullish on continued recovery.

With demand anticipated to only increase, Southwest says it will add 12 daily flights at LAS beginning next March. Announced through the airline’s 2023 flight plan, Southwest says next year’s routing includes its “largest-ever schedule from Las Vegas.”

Already Las Vegas’ largest airline, customers looking to travel for a college basketball tournament or enjoy the amenities of Las Vegas’ casinos and nearby outdoor national parks and attractions will have more itinerary options than ever before,” the airline said in a release.

Starting in March, 243 Southwest departures will be scheduled each day from LAS. That will make Las Vegas Southwest’s second-most served market, behind only Denver, where the airline takes off 270 times a day.

It’s been a little more than four years since the US Supreme Court repealed a federal ban on sports betting that had limited such gambling to Las Vegas. Prior, the big four major sports leagues and NCAA greatly opposed allowing a team to call Vegas home.

The NCAA was opposed to Las Vegas on moral grounds. It claimed that the region’s widespread legal sports betting might jeopardize the integrity of collegiate competitions. But those days are no more.

The Supreme Court’s landmark decision gave states the right to decide their own laws on sports gambling. That led to the leagues and NCAA easing — or fully lifting — their hesitation to permitting Southern Nevada to host a team or major tournament near the casinos and sportsbooks.

Las Vegas is now home to the NFL Raiders, NHL Golden Knights, and WNBA Aces. The expectations that Sin City becomes an NBA and/or MLB home city are also high for the coming years.

Next March, Las Vegas’ T-Mobile Arena, where the Knights and Aces play their home games, will serve as the host venue for the NCAA Division 1 Men’s Basketball West Regional. The “Road to the Final Four” stops in Las Vegas for the first time on March 23 and 25, 2023.

The men’s college basketball tournament is typically the most bet-on tournament for Las Vegas oddsmakers.

Southwest serves more than twice the number of monthly passengers than any other airline.

Of the nearly 4.9 million arriving and departing passengers at Harry Reid International in July, Southwest handled 1.7 million — or about 35% — of the customer load. Through seven months of 2022, the airline is responsible for over 37% of the approximately 27.3 million Las Vegas air travelers.