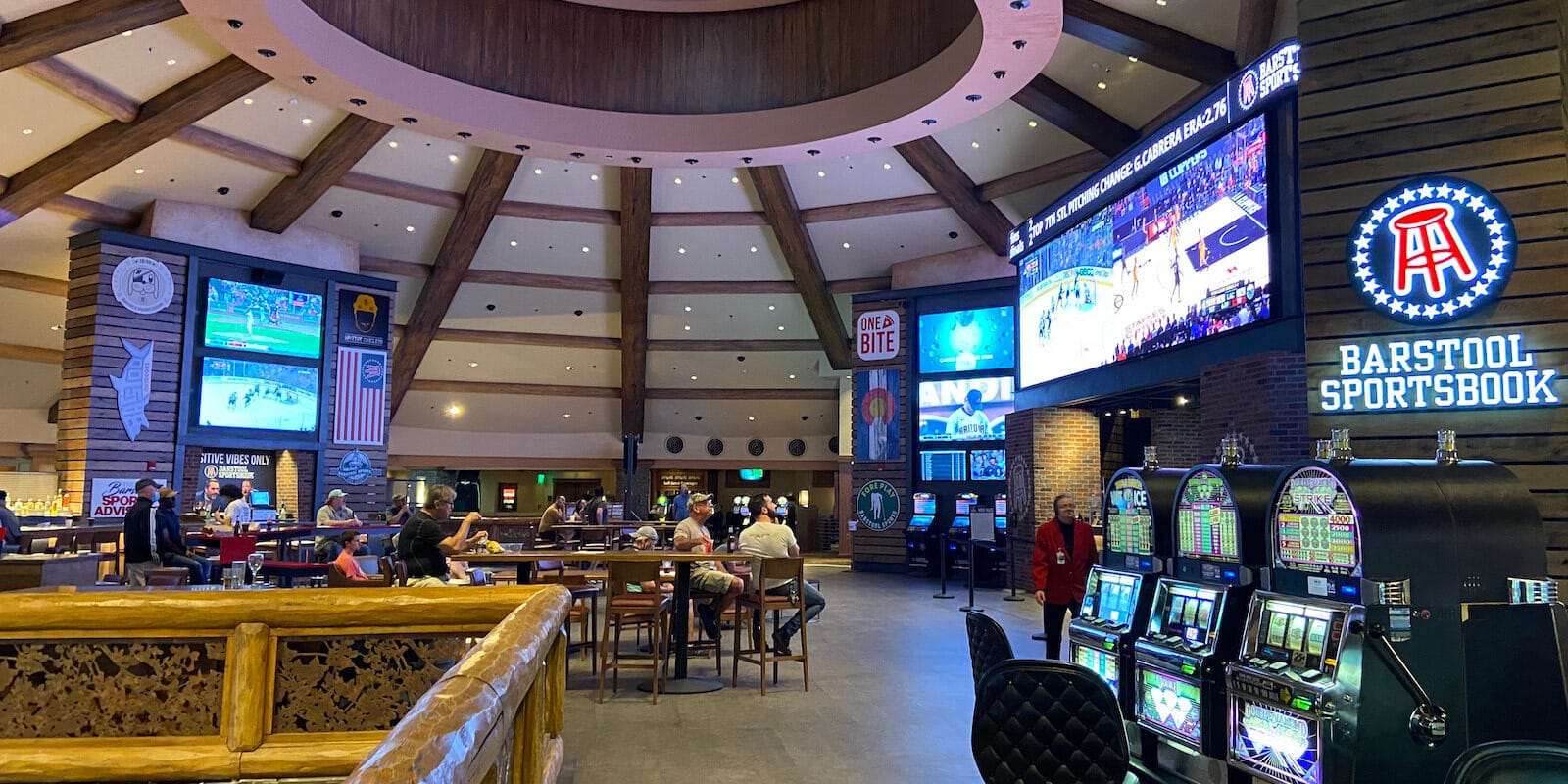 Investors are repudiating gaming stocks this year, and with first-quarter earnings season looming, online casino and sportsbook stocks could be particularly vulnerable to more downside.

The Barstool Sportbook at the Ameristar Casino in Colorado. An analyst is tepid on some sports betting equities. (Image: Uncover Colorado)

Heading into 1Q22 results we see few catalysts than can push iGaming stocks beyond ‘dead money’ trading ranges, where we expect another quarter of higher revenues but greater losses,” said the analyst in a recent note to clients.

He rates DraftKings and Barstool Sportsbook owner Penn National “neutral,” while grading RSI as a “buy.” Engel said last month RSI could potentially stem losses in the second half of the year as the company moves into markets such as Ontario, Canada and Mexico could pay dividends for investors over the long term.

Following a 4.77% loss today, DraftKings is lower by 37.39% year-to-date, and that’s just one example of pervasive weakness among iGaming and sports betting equities.

Putting the group’s abysmal 2022 performances into context, those losses were accrued during a period that included the NFL Playoffs, the Super Bowl, a significant chunk of the NBA regular season, as well as the NCAA Tournament. In other words, operators’ stocks are slumping during a prime stretch on the sports wagering calendar.

When the NBA and NHL playoffs wrap up in June, the calendar quickly turns against sportsbook operators, because the only major team sport left in the US is Major League Baseball (MLB), which doesn’t generate nearly the wagering handle as do football and basketball.

Engel says DraftKings is likely to report first-quarter revenue inline with prior guidance, adding that that operator and RSI are candidates to boost 2022 top-line guidance to include recent debuts in Ontario.

He sees a murkier outlook for Penn. One of the leaders of the 2020 rally in gaming equities following the coronavirus broader market bottom in March of that year, the regional casino giant is off almost 64% over the past year.