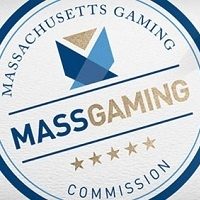 Sports Betting in Massachusetts Pushed to 2023?

For all the talk of sports betting in Massachusetts, it now looks like the launch may not happen in time for this years NFL season as hoped. The state Gaming Commission has asked the public to temper their expectations for a fast launch at this point.

A representative from the Commission stated that getting adequate regulations in place for a new industry take time. And that even more importantly, to do so correctly will not “happen overnight”, and maybe not within a month or two.  Adding that to get things done properly, the Commission will need to “take our time.”

Of course, a few weeks ago no one would have believed that sports betting in Massachusetts had any chance of being passed this year at all. So, even with the news that there may not be a launch until next year, we know things could move more quickly.

Commissioner Brad Hill went so far as to say that he’s seen the newspaper quotes which allude to having everything running in time to bet on football. But in a statement to the Boston Herald he added that, from his point of view, “This is going to take a little longer than people probably anticipate.”

Of course, we are getting a bit ahead of ourselves, since the legislation in question is still sitting on the Governors desk, so to speak. He has until August 11th to sign the bill, and no one anticipates that he won’t sign it. After all, he’s been in full support of sports betting in Massachusetts from the very beginning, even offering a sports betting bill of his own.