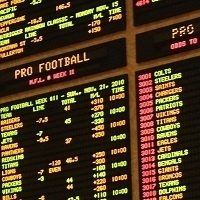 The vote for wagering on sports in California is approaching quickly. And sports betting opposition is on the rise from a coalition of mayors in the state. More specifically, they oppose what they seem to view as gambling expansion in the form of a sports betting proposition which would enable sports betting outside of tribal casinos.

The coalition of mayors from various towns and cities in California came out in opposition of Proposition 27. That’s the ballot measure supported by commercial gaming interests that would allow sports wagering across the state on a mobile devices.

In fact, the mayor of San Jose, Sam Liccardo, stated that “Prop 27 would turn every cell phone, laptop and tablet into a gambling device – increasing the risks of addiction among our most vulnerable communities and hurting those who can least afford it.”

While Mr. Liccardo’s statement is typical of the ignorance often associated with sports betting opposition and gambling opponents, it is also simply Politics 101: The manipulation of the masses via scare tactics and hot button verbiage.

That’s not to say that we, at This Week in Gambling, support Proposition 27. Or even Proposition 26, backed by California tribal gaming, which would only allow sports betting only at tribal casinos. This is a matter for the voters in the state.

And to that end, the mayor’s sports betting opposition may be moot. Many experts believe that both ballot measures will fail.  James Siva, chairperson of the California Nations Indian Gaming Association, or CNIGA, was recently interviewed on this topic. You can watch Mr. Siva’s interview on California sports betting here.

“It doesn’t look great for either proposition” said Mr. Siva. And that means it could be at least another year before players in California are able to make legal sports wagers.

2022-10-28
Previous Post: Card-counting Blackjack Pro on Trial for Murder of Partner
Next Post: Duchess of Poker Releases a Book on Quitting