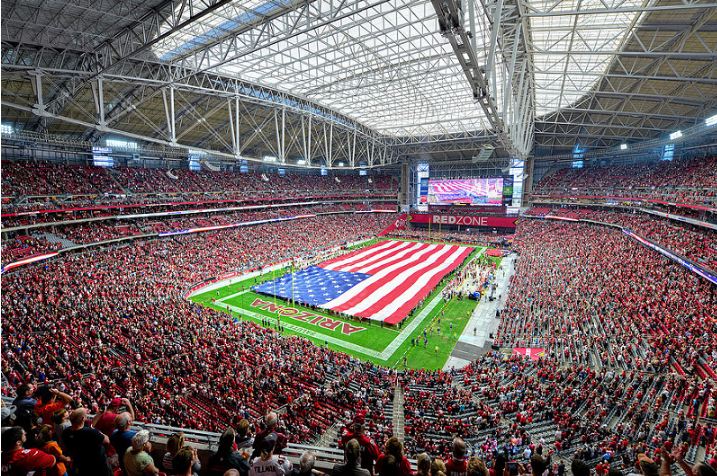 There are a handful of NFL teams that are making sportsbooks sweat. That’s because bettors are holding a majority of Super Bowl futures betting tickets on them. It’s no big surprise that the Buffalo Bills are the most-bet NFL team to win the Super Bowl. They are the overall betting favorite at +450. The public loves favorites and the bandwagon has been jumped on to the tune of over 12 percent of the bets on this season’s Super Bowl.

The Bills are coming off back-to-back playoff seasons. They have been eliminated by Kansas City in each of the past two postseasons. Quarterback Josh Allen is the favorite to win the NFL MVP and he and his teammates started off 2022 with a statement. The Bills handled defending Super Bowl champion Los Angeles rather easily beating the Rams 31-10 in this year’s NFL kickoff to start the season.

With the number of tickets backing Buffalo, sportsbooks are not looking forward to the Bills winning it all. The same could be said about Tampa Bay. The Bucs are listed at +750 on the Super Bowl betting board and are right on Buffalo’s tail with nearly 10 percent of all betting tickets.

Tom Brady retired, then unretired to return after throwing for 5,316 yards and 43 touchdowns last year at the age of 44. Brady has played in nine Super Bowls and has won seven of them. Any year with Brady under center, the Bucs are a solid bet to win it all. Imagine a Tampa Bay-Buffalo Super Bowl. Sportsbooks will be forced to work their magic to avoid what could be a big loss in the futures market.

How about the surprise team? It’s not Cincinnati, which now sits at +2200 odds to win the Super Bowl. The Bengals were last year’s darlings with an improbable run to the big game. No, this year, the surprise team collecting nearly six percent of the tickets is … wait for it … the New York Jets! Wait … what?

Yes, the New York Jets, fresh off a 4-13 season in head coach Robert Saleh’s first season at the helm, are a popular Super Bowl bet. You can find New York listed as high as +25000 at top rated sportsbooks to win it this year. The likelihood of the Jets even making the playoffs is slim – implied probability of 0.40 percent – but never say never.

Saleh had the Jets playing some solid defense toward the end of last season. The team’s big issue will be on offense. QB Zach Wilson flashed some signs of what’s to come, but he will miss the team’s first four games with an injury. In their first game of the 2022 season, the Jets moved the ball well but managed just nine points. Veteran QB Joe Flacco threw for over 300 yards, but the Jets couldn’t get the ball into the end zone.

Don’t forget this though. At this time last season, Cincinnati was listed at +15000. Then, it all turned around. The Jets have two players – RB Breece Hall and WR Garrett Wilson – among the top five candidates to win NFL Offensive Rookie of the Year. CB Sauce Gardner is among the top five candidates to win the NFL Defensive Rookie of the Year. The Bengals were thought by many to be a year or two away. Are the Jets?

New York has received more Super Bowl bets than the Broncos, Bengals, Packers, Rams, and Chiefs so far. That’s hard to believe. What’s even harder to fathom is what will happen to sportsbooks if the Jets actually won the Super Bowl.