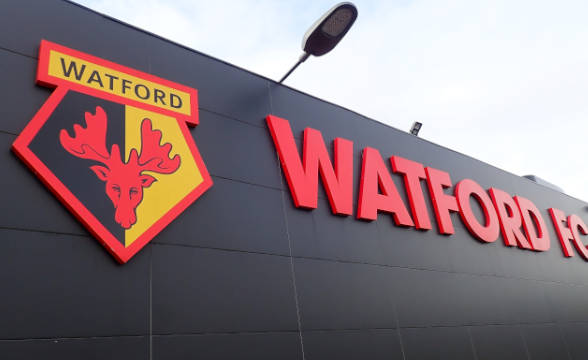 The leader in crypto gambling, Stake.com, announced it extended its existing partnership with the English professional soccer club, Watford FC.

The recent collaboration marks the second year Stake.com will be an Official Sponsor of the famous soccer club. Thanks to the extended partnership, Stake.com’s logo will appear on the front of the shirts of the players throughout the 2022/23 soccer season. Besides front-of-shirt exposure, Stake.com will also benefit from brand exposure via LED displays located at Vicarage Road, the home stadium of Watford FC.

“At Stake, we are always challenging ourselves to continue to be the best in the industry. We align with Watford’s inspiring and motivated approach towards attaining success,”

reads a statement released by Stake.com

Scott Duxbury, Watford FC’s chairman and CEO, added that the club is excited to continue its collaboration with Stake as its shirt sponsor for the new 2022/23 soccer season. He acknowledged that it is “great to have their continued support, they have become a valued partner and we look forward to the next chapter together.”

“We are delighted to continue working with Stake as our principal shirt sponsor for the 2022/23 season.“

Sharing his excitement about the extended partnership, Dominic Rae, Stake.com’s sponsorship manager, said that the first year of the collaboration between the company and Watford helped with significant exposure on a global scale. Moreover, he pointed out that the company has built a strong business relationship with the soccer club and will support its return to the Premier League.

“We thoroughly enjoyed the first year of our partnership with Watford and it has provided our brand with massive global exposure.”

The recent announcement comes at a time when earlier this month, Stake inked another major partnership with Everton FC, another British soccer club. The collaboration saw the prominent operator become the team’s main sponsor. As a result, Stake.com’s logo will appear on the front of the club’s jerseys.

However, an online petition asked Everton to ditch its sponsorship agreement with Stake.com. The petition was initiated by an Everton FC fan Ben Melvin. Melvin, who has felt the impact of problem gambling, decided to launch the petition after seeing his favorite team join forces with Stake. By now, the web-based petition has gathered 20,000 signatures.