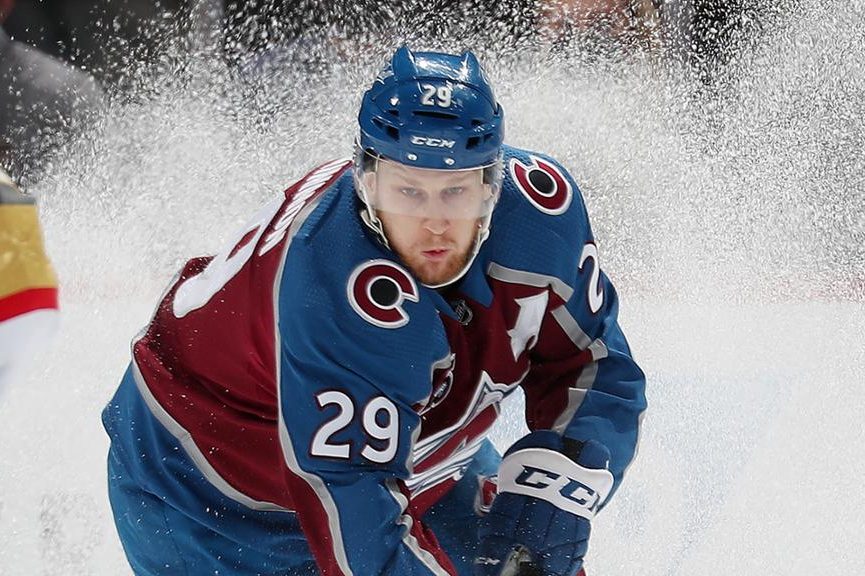 The Colorado Avalanche won the 2022 Stanley Cup. Can they repeat in 2023. or will a new champion be crowned?

Now that we have our 2022 champion, naturally it is time to look ahead to next season’s NHL, and the betting favorite to lift the Cup in 2023.

They haven’t even had a chance to clear their hangovers, but when looking ahead, it’s impossible to avoid putting the Colorado Avalanche at the head of the class.

Colorado was favored this past season, and delivered. It’s no surprise the Avalanche open as early choices to win it all again, as per Stanley Cup odds.

Nathan MacKinnon will only be 27 next season, Conn Smythe winner Cale Makar will be 24 and Mikko Rantanen is 26. The “old man” of the Avalanche stars is Gabriel Landeskog, and he doesn’t turn 30 until November.

Nazem Kadri was great in the playoffs, a free agent this offseason, but most of the big names on the roster have a contract situation that’s favorable. This team is primed to repeat.

There were those who had written off the Lightning before the 2022 Stanley Cup playoffs. As a No. 6-seed, they were thought to be on a downward trajectory. However, the back-to-back champs, even without center Brayden Point for much of the postseason, proved that champs don’t die easily.

Next season, their core remains in place, so there’s no reason Tampa can’t make another run. Steven Stamkos comes off a terrific postseason run, but the captain is 32. However, there are young pieces in place, and goalie Andrei Vasilevski always makes them competitive.

Toronto finished the regular season with 115 points, good for third in the Eastern Conference, and their 54 regular-season wins were tied for second in the NHL. They lost to the Lightning in seven games in the first round of the playoffs, thus ending their 2022 with a whimper…again.

The Maple Leafs ought to be back, and the betting odds say they will be, as the highest-ranked (easily) Canadian team on the board, according to Stanley Cup odds.

Regular-season scoring leader (and MVP) Auston Matthews will only turn 25. He’s under contract for two seasons. Captain John Tavares is coming off his best season in the last four.

The Panthers were the top seed in the East in 2022, best record in franchise history and a Presidents’ Trophy. However, holes in their roster were exposed in the playoffs. After an uninspiring six-game win over the Capitals in the opening round, they were smoked in four straight games by the intrastate rival Lightning. Scoring a total of three goals while surrendering 13, Florida didn’t belong on the same ice.

Because of their great regular season in 2022, they are among the favorites to win in 2023. However, if you look at their playoff failure here, it’s difficult to picture them playing in the Finals, despite the veteran Paul Maurice taking over as coach.

The Hurricanes won the Metropolitan Division, the second seed in the Eastern Conference playoffs. Their 202 goals allowed was the fewest in all of hockey, and top goaltender Frederik Andersen only costs $4.5 million next season.

The ‘Canes beat Boston in seven games in the first round, had two shots to close out the New York Rangers in the second round. They lost both games and were eliminated thusly. Any time you can shut down opposing offenses as Carolina can, there’s a shot at a long postseason run/.

The Golden Knights lost seven of their last 11 games in 2022, just missing the playoffs and finishing ninth in the Western Conference. So, if there’s a non-playoff team from this past season that could go on a run next season, it’s Vegas.

Vegas had made the postseason in each of its previous four seasons. They were in the Stanley Cup Finals in 2018 and made deep runs twice, also, Perhaps a Final berth is next, especially with ex-Boston Bruins’ coach Bruce Cassidy at the helm.