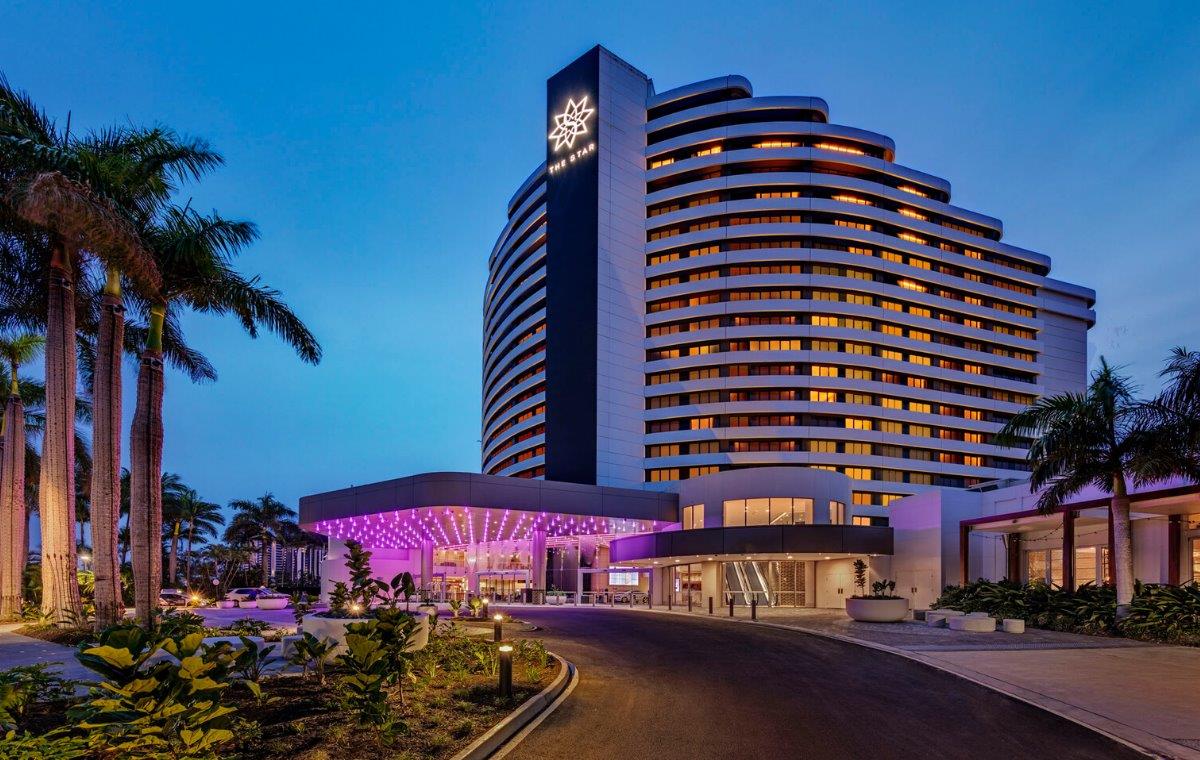 A reputed member of the ’Ndrangheta organized crime syndicate was permitted to gamble at Star Entertainment’s Queensland properties years after he was banned from its other Australian casinos.

The Star Gold Coast, pictured, where “Person A” was permitted to gamble up until 2021, despite being banned in other states since 2014 for ’Ndrangheta connections. (Image: Star Entertainment)

This is the public inquiry into Star’s suitability to continue to hold a license in Queensland for its Brisbane and Gold Coast venues. On Thursday, the inquiry heard that the alleged mobster, known only as “Person 2,” slipped through the net because his name was spelled differently on casino records and media reports.

Those reports led to him being blackballed from casinos in Victoria in December 2014, and from New South Wales properties in June 2015. But he was still hitting the tables at Star’s Treasury Casino in Brisbane and The Star Gold Coast as late as 2021.

Star is facing regulatory pressure in Queensland, where it soon plans to open another resort, the AU$3.6 billion (US$2.55 billion) Queen’s Wharf development. The licensing review kicked off Tuesday, as the operator awaits the outcome of a similar inquiry in New South Wales.

Both were triggered by reports in the Australian media which claimed Star courted suspected criminals, foreign agents, and fraudsters to gamble at its casinos, pursuing profit over its anti-money laundering responsibilities.

The ‘Ndrangheta is not a good look for Star Entertainment. Hailing from Calabria, the “toe” of Italy’s foot, the organization is believed to control 70% of the cocaine market in Europe and much of the illegal arms trade around the world. Its revenues have been estimated at $50 billion to $100 billion per year.

In Italy, the ’Ndrangheta has surpassed the Cosa Nostra and Camorra as the most powerful Mafia group, and is now one of the biggest criminal organizations in the world.

The syndicate has established itself in more than 100 countries with the help of large-scale emigration from the area since the 1950s.

It has been present in Australia for more than a century. The group has controlled Italian-Australian organized crime along the east coast of the country since the early 1900s.

At Thursday’s hearing, Star’s interim CEO Geoff Hogg admitted the operator should have been more on the ball.

“Certainly, having reviewed some of the situations … I do think in hindsight, looking at our processes, our review and our policies, they were not as strong as they should have been,” he said.

On Tuesday, the inquiry heard that the Hong Kong-based company Chow Tai Fook, which owns 25% of the Queen’s Wharf project, once had business links with triad boss “Broken Tooth” Wan Kuok Koi, also not a good look for Star Entertainment.