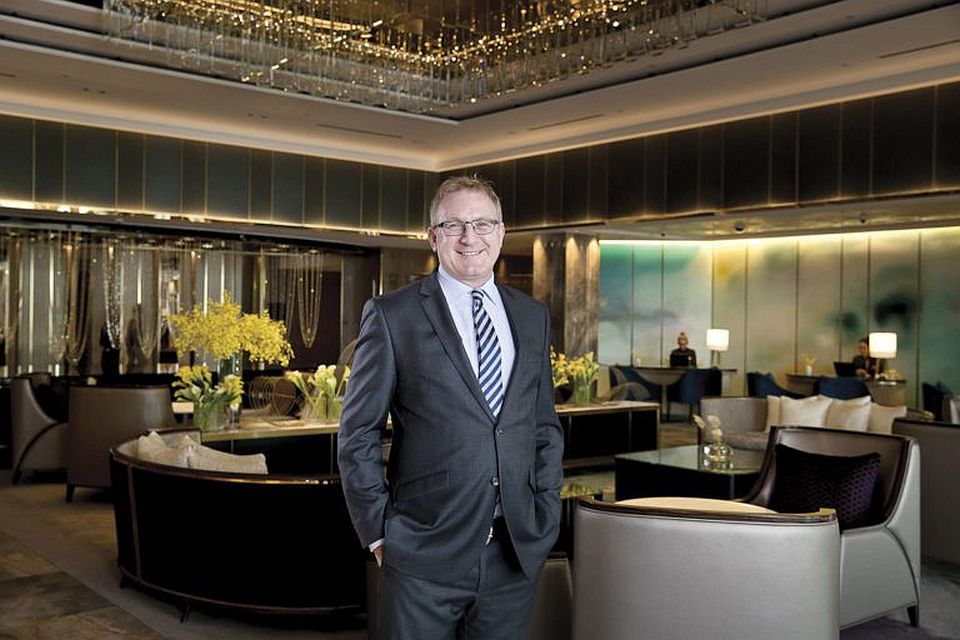 Star Entertainment is now in the spotlight in Queensland, Australia, and is certainly feeling the pressure. Not surprisingly, the hearing into how the casino operator has conducted business for years is not putting it in a good light.

Star Entertainment CEO Geoff Hogg in Lobby at The Darling at The Star Gold Coast. The casino operator faces intense scrutiny in Queensland that is revealing a pattern of regulatory abuses. (Image: Star Entertainment)

A similar inquiry in New South Wales (NSW) already pulled back the curtain on what goes on behind Star’s closed doors. There was little reason to believe its activity in Queensland would be any different, and it is proving that it isn’t.

This latest inquiry only began this week. While it’s evident that Star doesn’t risk losing its license in the state, its past actions are going to haunt it for years to come.

Earlier testimony in the inquiry already uncovered Star’s relationship with Chinese triads. Among these are the company Chow Tai Fook and notorious triad boss Broken Tooth. However, equally unsettling is the fact that Star allegedly knew that Chow Tai Fook was involved in organized crime when it welcomed it to the family.

Fook is a partner in the upcoming Queen’s Wharf casino resort Star is building. The resort is part of a larger, multibillion-dollar revitalization project Queensland put together. Fook also has significant ties to LET (formerly Suncity Group) and a casino in Hoiana, Vietnam, which is also allegedly tied to Broken Tooth.

In addition, there are now questions about how regulators could have signed off on the Queen’s Wharf consortium. Fook’s alleged involvement in organized crime and its ties to Broken Tooth have been common knowledge for years. Fook also owns, among other companies, Australia’s Alinta Energy company.

In this early stage of the inquiry, it isn’t clear what the government intends to do about the Star-Fook connection. The government has only stated that it will discuss the issue “behind closed doors.”

Gambling Addiction Not a Problem

The fact that police banned an Aussie from gambling didn’t seem to matter to Star. In Queensland reports that Star enthusiastically welcomed a banned gambler, even giving him a $52,000 Rolex, private jet trips and more.

Police banned the unnamed individual from Star Sydney beginning in 2007. However, he was able to gamble regularly at Star’s Gold Coast casino until December of last year. The media outlet reports that there were “719 pages of history of (complimentary services)” for the individual in the records.

It wasn’t until Chris Peasley, the head of the casino’s sales team, came across a news article that he realized the ban was in place. That was a clear indication that Star was not performing due diligence throughout its operations.

It was also an indication of Star’s indifference, as Peasley and his team discussed the ban in 2015-2016. Yet, in spite of that, the gambler continued to visit the gaming floor and receive gifts until the end of 2021.

Perhaps part of the reason Star’s Gold Coast venue didn’t realize there was an issue with the gambler is because it wasn’t living up to its responsible gambling promise. But, overall, the operator has left the decision-making process up to staff members to make the calls.

Although many regulars and high-rollers had access to membership cards, their use is not mandatory. As a result, if a cardholder visited a casino and didn’t use the card, Star had virtually no indication that any flags might exist. In addition, staff could not keep track of thousands of identities to know their status.

Toleafoa admitted that Star did not change some of its gambling policies until the day before its suitability hearing in Queensland began. Until then, some gamblers could spend six hours straight on the gaming floor with no problem. In some instances, 10-12 hours was acceptable.

However, even then, Star only knew how long gamblers remained active if they had entered with their membership cards. If not, the operator paid little attention.

All of this sheds light on a pattern of indifference at Star. This Friday, the company’s CEO, Geoff Hogg, will have to answer questions, and it’s possible more damning evidence may surface. The inquiry already knows what it wants to ask and knows what answers it expects.

The inquiry will begin to wrap up soon in order to prepare a final report and provide recommendations. By September 30, the inquiry will deliver its findings to Queensland Attorney General Shannon Fentiman, who will then determine how to punish Star for its violations.