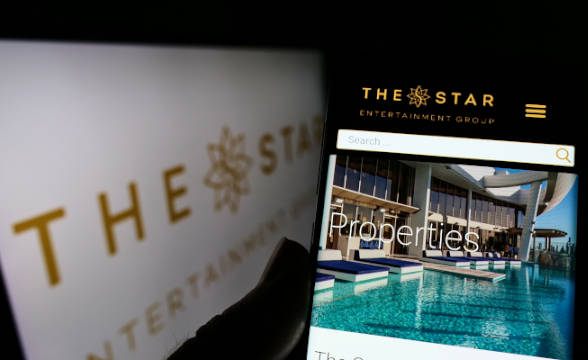 The Star Sydney’s story keeps on unfolding, and as it progresses, one thing becomes apparent – the only way out for Star is up. Now a special manager is going to be keeping an eye on whether the company is improving its practices and whether the milestones in the Remediation Plan are being met.

The Star Sydney was under a regulatory review which resulted in a very damning report that recommended Star should be found unsuitable for a casino license. The recently established new regulatory body – NSW Independent Casino Commission (NICC) – had the authority to issue up to AU$100 million fine, and that’s exactly what The Star got for its AML failures and various management issues. This is the largest fine an Australian casino has gotten ever and surpasses the AU$80 million that Crown Resorts received after its own regulatory review was through.

This was hardly unexpected news, however, as the Bell Report, as it’s now known, outlined a large number of shortcomings on The Star’s behalf. The results from the regulatory review varied from worrying allegations to downright damning findings and prompted the Bell Report to issue thirty recommendations and deem Star unfit for a license.

The management at Star had some time to come up with a response to the findings and announced its Renewal Plan, setting some critical milestones that addressed most of the issues discovered during the review and later outlined in the report. This was very far from being sufficient, as the NICC was looking for concrete actions, not words, and some form of guarantee was needed that – if Star was to continue operation – it would indeed work to fix all of its issues, instead of sweeping the problems under the carpet once the dust from the review had settled.

As such, besides the hefty fine it got, Star also had its license suspended and a special manager was appointed to run the property until either Star was found suitable for a license again or the establishment was closed down. The NICC was careful in its deliberation as even if Star was found too corrupt or incapable of rising up to be worthy of a license, there is still the question of the many jobs put at risk, hence this solution, which will see Star’s license suspended, and the jobs safe for now.

Although Star’s management did indeed admit to its faults and shortcomings in a letter to its investors and also did it publicly, the NICC was not swayed and exerted its authority to impose the largest ever fine on a casino in Australia, along with taking matters in its own hands for the time being.

On the NSW government website, it’s stated that Nicholas Weeks has been appointed by the NICC for the special manager position, and it’s expected that he’ll be assuming the job as soon as this Friday, October 29, just as Star’s license is being officially suspended. The appointment of Weeks and the license suspension were announced just as Robert Cooke is serving his first day as CEO and managing director of Star Entertainment Group Limited.