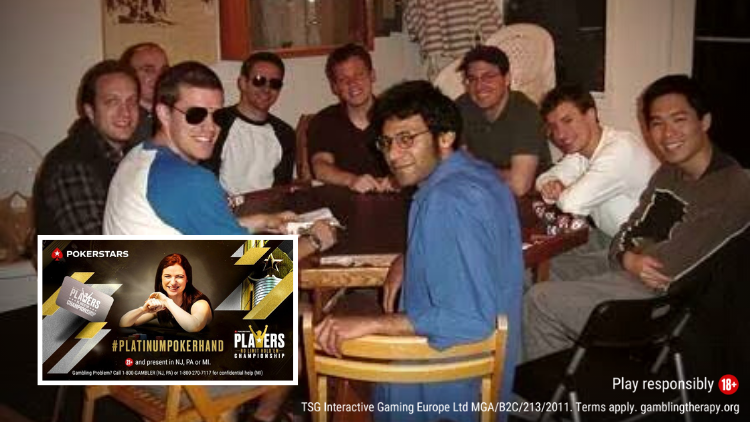 Another lucky player will be jetting off to the Bahamas this month to take part in the PokerStars Players Championship (PSPC) courtesy of Jennifer Shahade.

The PokerStars ambassador launched her Platinum Pass promotion on December 1 with the aim of giving one player from North America a free seat in the $25,000 PSPC. The way to win was simple: recount the most memorable poker hand you’ve ever played.

Prospective entrants in the US and Canada had 14 days to submit their stories. Eventually, the submissions were whittled down to six. Of those who made the final six, one was selected by a panel of judges to receive a PokerStars Platinum Pass worth $30,000.

We’ve all played memorable hands. Some have been dramatic, some lucrative, others heartbreaking. Shahade wanted to hear about these types of hands and more. If it had an impact on someone’s life, it was in with a shot at winning.

Entrants were encouraged to create a video or write a blog post explaining their memorable hand. The most entertaining ones were submitted by these six poker players:

The submissions were reviewed by Sam Grafton, Maria Ho, Mark Foresta, Keith Becker, Alex O’Brien, and Brad Willis. The judges deliberated for a few days and, eventually, chose Matt Glassman as the winner.

Dan Schill and his rendition of The Night Before Christmas a close second (see video below).

However, for his ability to tell a story and conjure up images of poker’s golden age, Glassman took the win. You can click here to read J-3 off suit and the Monster Ballads Poker Game.

In summary, Glassman’s story is as much about a hand as the camaraderie of poker. For these reasons, it secured the most votes.

“[Glassman’s] beautiful rendition of the home game of his 20s reminded me of my favorite thing about poker, the way it unites people on different paths, and at different stages of life, through a shared passion,” Shahade said in announcing the winner.

She went on to say how Glassman’s story is a reminder that the benefits we get from playing poker shouldn’t be taken for granted.

“It also reminded me of the privilege of poker – to play for years with people we love shouldn’t be taken for granted,” Shahade continued.

Glassman’s literary efforts have earned him a place in the 2023 PokerStars Players Championship. As well as a seat in the $25,000 tournament, Glassman gets a free trip to Baha Mar and access to a variety of VIP experiences.

The PokerStars Players Championship is set to be the best yet. As well as hundreds of qualifiers, many of poker’s top pros, including defending champion Ramon Colillas, will ante up on January 30 with the aim of winning $5 million+.