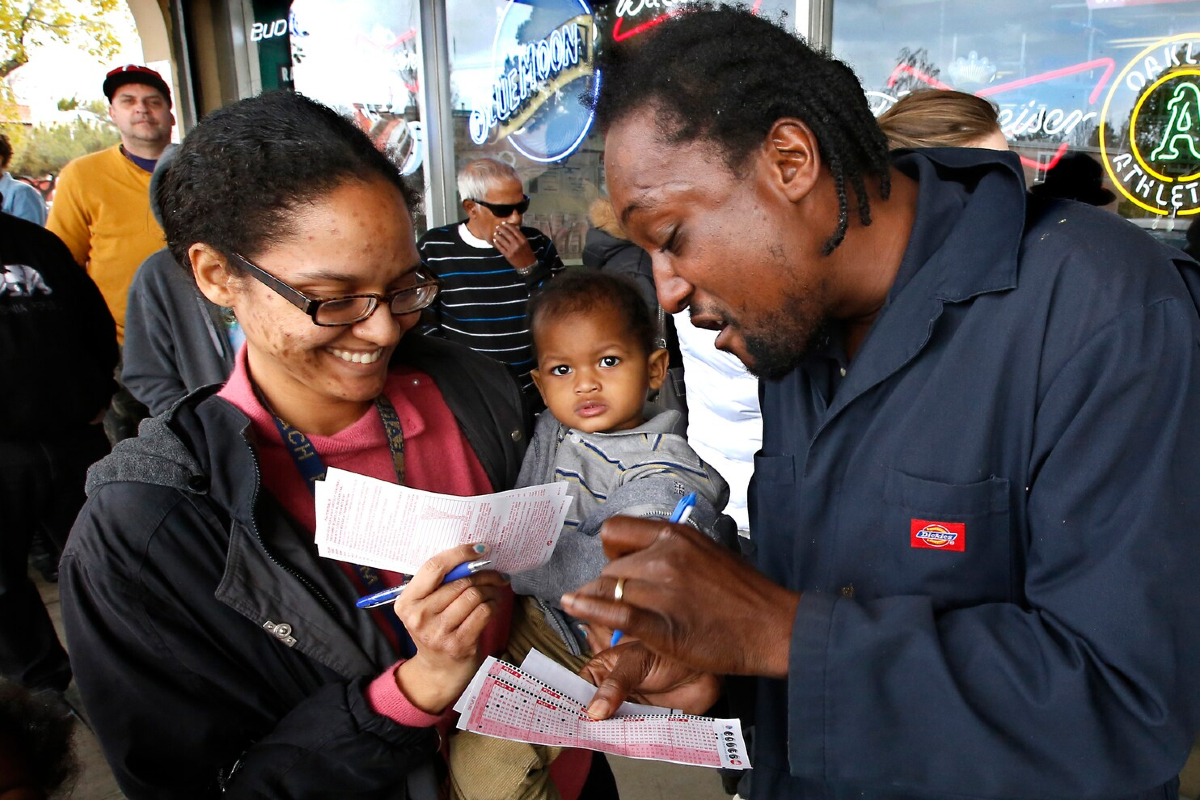 A new study probing the 45 states that offer a lottery has arrived at some eye-opening conclusions. The work came from the University of Maryland’s Howard Center for Investigative Journalism.

Powerball players in Sacramento pick their numbers while waiting in line in 2017. A University of Maryland study has found that most state lotteries are targeting low-income households and impoverished neighborhoods for their sales. (Image: AP)

The Howard Center, launched in 2019 with funding from the Scripps Howard Foundation, investigates national topics that are of significant importance to the public.

The center’s most recent probe took a deep dive into how and why the 45 state-sanctioned lotteries in the US operate. They looked at who is really paying the costs of the tens of billions of dollars in annual sales and profits they generate.

Howard Center researchers determined that the $82 billion in lottery ticket sales and $29 billion in net revenue generated last year mostly came at the expense of low-income households and residents in impoverished communities. The academics said lottery retailers, which must be approved by state lottery regulators, are disproportionately clustered in lower-income areas in nearly every lottery state.

The lottery probe found that while the lotteries are continuing to grow profits for state programs — primarily educational initiatives like scholarships and aid for K-12 schooling — the games of chance with the poorest of odds are also better benefiting multinational companies and at least one Canadian billionaire.

Lotteries have for decades been negatively labeled a “tax on the poor.”

Underlining that is a 1999 report commissioned by the National Gambling Impact Study Commission, a congressional committee formed to study the social and economic impacts of legal gambling in the United States. It found that the top 10% of lottery spenders accounted for two-thirds of sales. And those coveted players, the study found, had lower incomes, were unlikely to hold a high school diploma, and were disproportionately Black and Hispanic.

The Howard Center says such disparity has only worsened over the last two-plus decades. More recent studies commissioned by state governments in Massachusetts and South Carolina have equally dire news. Those found that households with incomes less than $35,000 a year spend more than twice as much on lottery tickets than households earning over $100,000. And knowingly or unknowingly, state lotteries continue to allow more and more lottery retailers to set up shop in low-income neighborhoods, researchers found.

The probe went on to say that each lottery reviews and recruits retailers based on revenue projections for that specific location and the business’ compliance with other state laws.

State lawmakers that continue to support their lotteries typically hype the benefits the games provide. But of the $29 billion lottery players lost last year, more than a quarter of the money — about $8 billion — went to the companies and investors that handle their operations.

Brookfield will be a major benefactor of US lottery sales moving forward. The asset management group is controlled by Canadian billionaire Bruce Flatt, who Forbes estimates to have a net worth north of $4.5 billion.

“The investigation found that a key promise of lotteries across the country — that they support education — doesn’t hold up. Instead, lotteries often compound inequities by disproportionately benefiting college students and wealthier school districts far from the neighborhoods where most tickets are sold,” the Howard Center study ended.