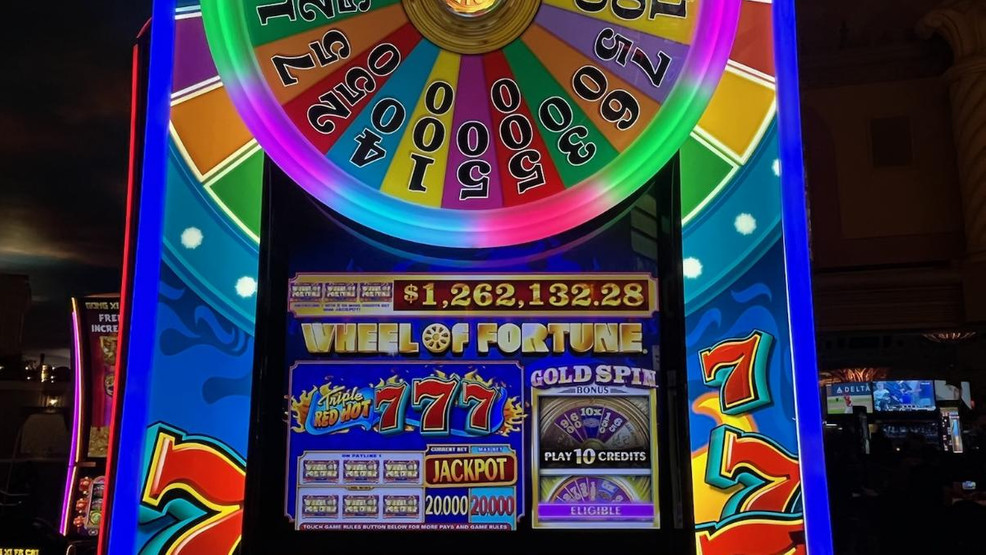 One lucky slot machine player won over $1.2 million Friday night at Sunset Station Casino in Henderson, Nev. The instant millionaire made a $7 bet at the Station Casinos property.

The mystery player chose not to release his or her name. He or she is a local, Station Casinos revealed in a statement.

The spin was on a Wheel of Fortune progressive slot. The jackpot was hit at about 9:30 pm.

It was announced the person also is a member of Boarding Pass. That is a rewards club offered by Station Casinos.

She was identified as “Wendy P” from Hawaii. She had bet $1.25. It also happened to be on Sunset Station’s 25th anniversary weekend.

Las Vegas and other locations have seen several Wheel of Fortune slot machines recently paying out large jackpots to lucky players. In March, for instance, a California traveler won $328,655 while playing a slot at Las Vegas’ Harry Reid International Airport. The visitor was identified as “William J.” from Van Nuys. He chose not to reveal his last name.

He apparently was at the airport either waiting for or exiting a flight. He decided to play a Wheel of Fortune slot in the B Concourse. The airport did not say how much the spin cost.