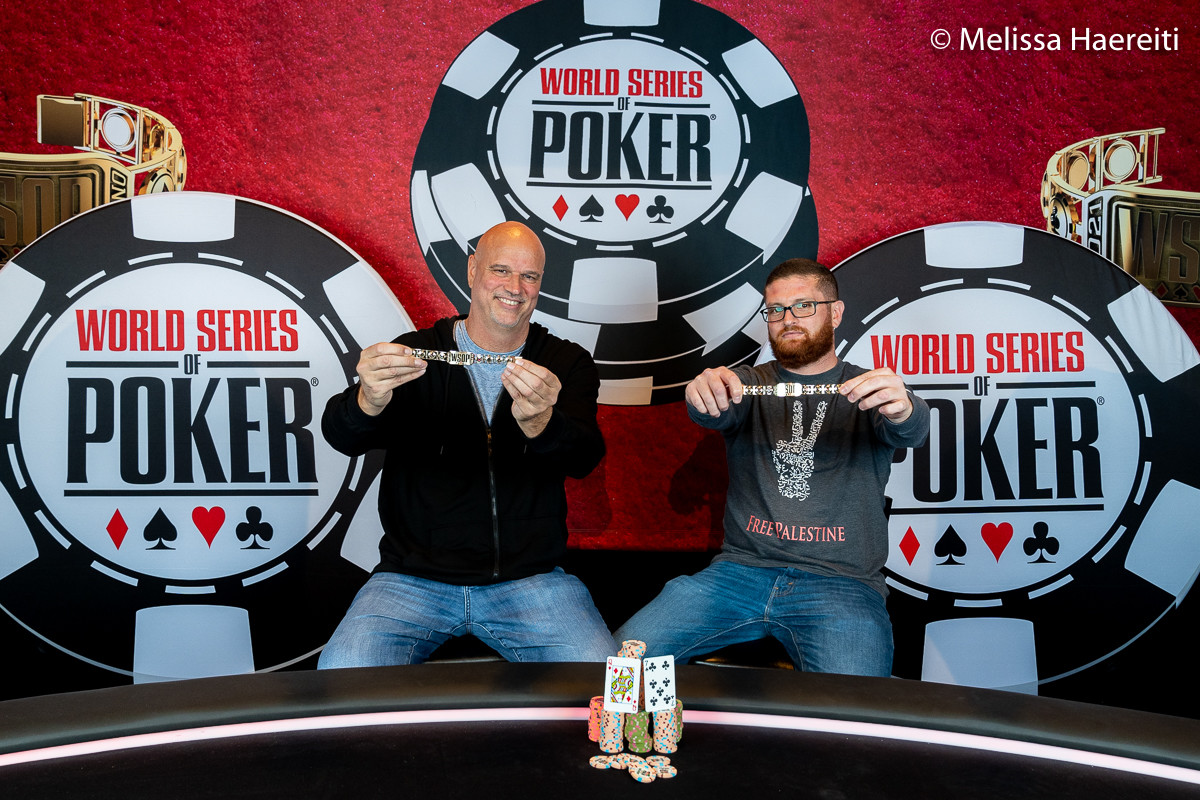 Mike Ruter and Samy Dighlawi of Team Ruter are the latest World Series of Poker bracelet winners after taking down Event #59: $1,000 Tag Team on Tuesday, Nov. 2 for a total score of $113,366. Dighlawi defeated Tomer Wolf, one-half of Team Wolf along with David Landell, during a back-and-forth heads-up match that lasted over three hours.

The unique tag-team tournament generated a total prize pool of $590,490 and attracted 641 teams, only ten of which made it to the unofficial final table on Day 3. Team Lutz, made up of Mike Lutz and Matt Krebs, was the first out of the day after jamming a short stack with pocket nines and running into the pocket kings of Team Wolf.

Next out after that was Team Johnston, made up of Scott Johnston and Bob Fisher, who fell to the father-daughter duo of Amanda Botfeld and David Botfeld. Team Botfeld continued to run in up at the final table and ended up finishing in third when Amanda Botfeld’s flopped pair got outdrawn by the turned flush of Dighlawi.

Teams Ruter and Wolf entered heads-up play about even in chips but Wolf took a lead in the first hour by winning a series of small and medium-sized pots.

“He just kept smashing every board,” Dighlawi said in an interview with PokerNews. “Every single board he had a piece of it. Every c-bet I make, he calls, or floats, and hits the turn. For like literally an hour and a half straight.”

But Dighlawi acknowledged his opponent wasn’t the only one who got lucky and said there were hands where “I got it in bad,” including a crucial hand where Ruter was all-in and at risk with king-eight suited against ace-king and went runner-runner to hit a flush to stay alive.

Dighlawi doubled twice more and eventually took the chip lead from his opponent. Wolf was down to just under 900,000 to the 12 million of Dighlawi when the former player shoved with seven-six and the latter player called with queen-seven. The board ran out in favor of Dighlawi and he ran to hug his tag-team partner in celebration. 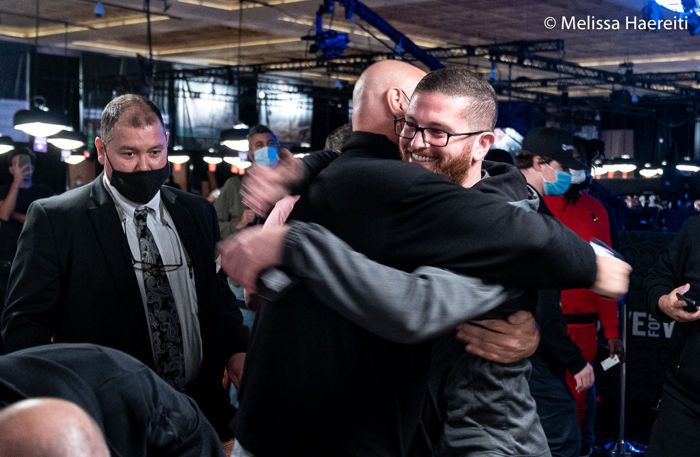 Ruter only played a few hands at the final table but he made them count. In the first hand after sitting down, Ruter won a massive pot and eliminated Team Adam when he flopped trip kings while holding ace-king.

“He comes in, and first f***ing hand he comes in and just takes a player out and gets a monster pot,” Dighlawi recalled.

Ruter and Dighlawi, who met in Temecula, California and have been friends for over a decade, told PokerNews that the six-figure score is the largest live tournament cash for either of them. Though this was not their first tag-team event. The duo also played in 2019’s tournament but didn’t have the same success.

“It was an hour and two minutes,” Ruter corrected.

But it was the 2019 loss that propelled Team Ruter to take down the tournament this year.

“The funny thing is (that) last year, after we busted, we said ‘We’re coming back next year.’ And we did,” Dighlawi said.