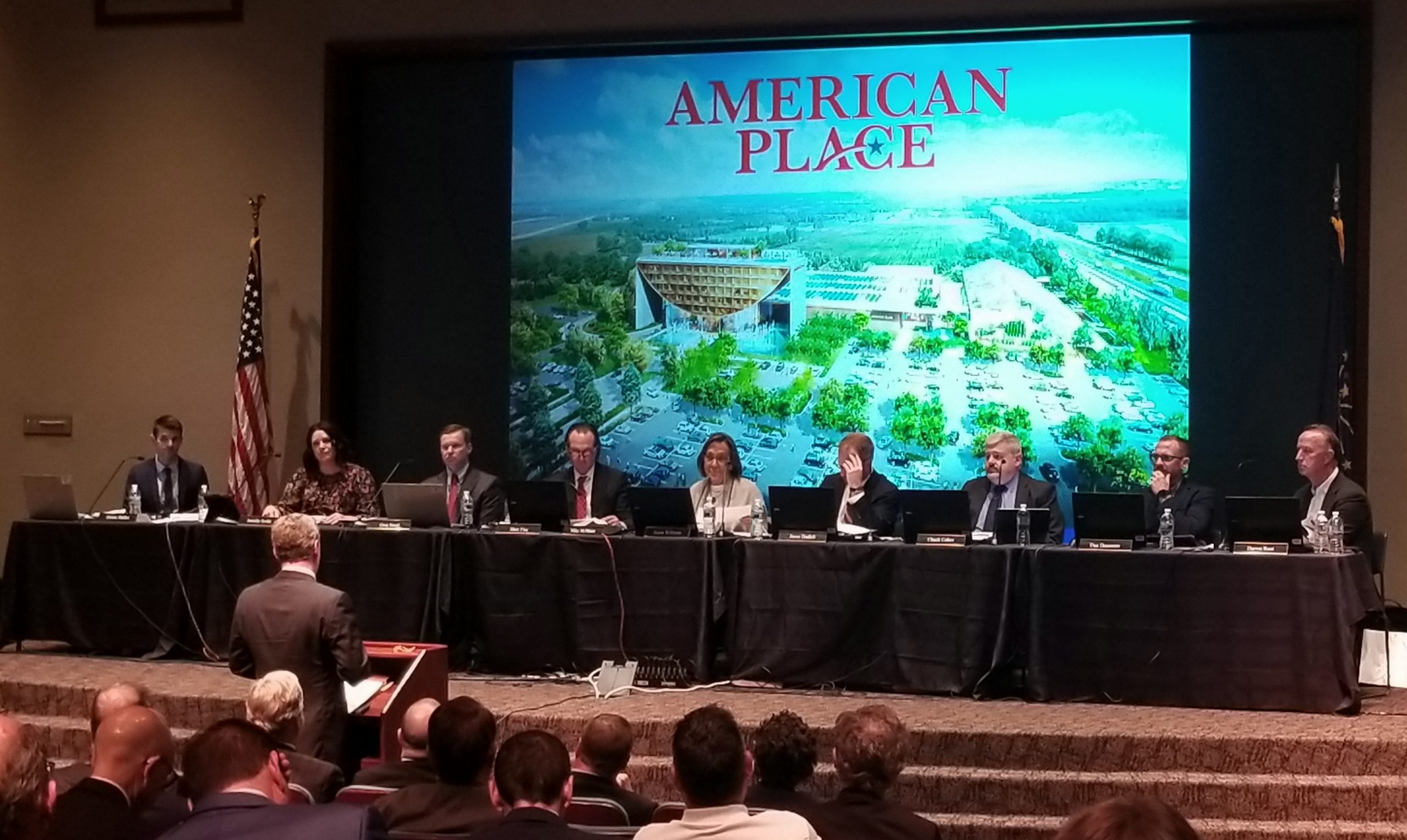 The Indiana Gaming Commission (IGC) announced Tuesday that it reached a settlement with the former license holder for the long-awaited Terre Haute casino. And while commissioners and staff are eager to move forward with the new licensee, another legal challenge now lingers over the project.

In short, the IGC approved a settlement with Lucy Luck to end its appeal of the commission’s decision against them in June. The commission also formally approved awarding a new license to Churchill Downs Incorporated, which plans to develop a $240 million casino there.

The commission formally received the documents on late Monday afternoon. Small said there was some discussion about pulling the Churchill Downs license vote from Tuesday’s meeting, but the commission staff opted against that.

Full House also submitted a bid for the Terre Haute casino, as did Hard Rock International and Premier Gaming Group. After listening to the four companies’ presentations at the Nov. 17 meeting, the commission voted to eliminate Hard Rock’s and Premier from consideration. After final pitches from both finalists, the commissioners went into executive session.

Upon their return, a vote for Full House was rejected, and the commissioners then subsequently voted unanimously for Churchill Downs to get the license once it became available.

In the lawsuit, filed Friday in Indianapolis, the Las Vegas-based company claims the Churchill Downs’ application should be disqualified because officials with the Louisville-based company said they were open to placing the casino elsewhere in or near Terre Haute. Full House states that the laws regarding casino applications require companies to list the street address for the proposed casino.

Churchill Downs was the only bidder to propose building the casino on the western side of Terre Haute. In the complaint, Full House notes that the offered site would sit next to both the new Vigo County jail and a sewage treatment plant.

In addition, the company claims the IGC violated state open meetings laws when it went into executive session during the meeting and did not have any public debate prior to the vote. Also, Full House noted in the suit that the only member of Churchill’s Indiana law firm who attended the meeting was former IGC Executive Director Sara Gonso Tait, who left the commission after the application process for the Terre Haute casino was restarted.

The lawsuit seeks to void both votes and block the IGC from awarding the license to Churchill Downs.

In a separate filing, Full House also appealed the IGC’s decision before the Office of Administrative Law Proceedings (OLAP). The company brought up the same arguments as it did in the court case, but it added more information about its claims regarding Tait.

The appeal said that her appearance at the hearing “certainly provided ‘help’ or ‘aid’ to Churchill,” regardless of whether it was intentional or if she was compensated.

“At a minimum, the Commission’s former executive director’s presence at the meeting lent illegal aid to one applicant and means that the Commission’s decision was not ‘otherwise in accordance with law,’” Full House’s appeal stated.

Full House said it would need discovery to determine if Tait helped or advised Churchill Downs beyond attending the meeting.

Like most agencies, the IGC has a policy against commenting on pending litigation, but Small told the commissioners he felt some response was necessary.

He said that Full House’s claims were “meritless” and that the Nov. 17 meeting was held in line with Indiana law. Small also expressed disappointment that Full House chose legal action that could further delay a casino that Vigo County voters approved more than two years ago.

Small wasn’t alone in commenting on the lawsuits, and some commissioners were even more pointed in their remarks.

Chairman Michael McMains moved at the Nov. 17 meeting to award the license to Full House. On Tuesday, he said that may have been a mistake.

When it comes to offering a license to a gaming company, McMains said Indiana law requires the commission to consider an applicant’s integrity, reputation, and behavior.

Frankly, this action of filing these complaints can only be viewed by me as sour grapes,” the chairman said. “I think it’s vindictive. It’s malicious. I think it’s frivolous. I’m embarrassed for Full House for having done this.”

McMains even went so far as questioning what the company hoped it would accomplish because he doubted the IGC would change its mind.

So, while a new legal threat has emerged, the commission did end a six-month standoff with Lucy Luck. The IGC in June voted to not renew the company’s license after it had failed to make any progress on building a casino and did not have key leadership positions filled.

Greg Gibson, a Terre Haute businessman and owner of Lucy Luck, appealed the decision, and the OLAP issued a stay in the case. That prevented the IGC from directly awarding the license at its meeting last month.

The commission and Lucy Luck had discussed settling the case, and while Small thought the IGC would have prevailed, he added that the main concern was preventing additional delays on the Terre Haute casino.

As part of the settlement with Lucy Luck, the commission agreed to refund the $5 million casino license fee to Gibson’s company. The commission’s not necessarily looking at it as lost money as Churchill Downs will pay the state $5 million for its license.

That, of course, is pending the latest legal hurdle.