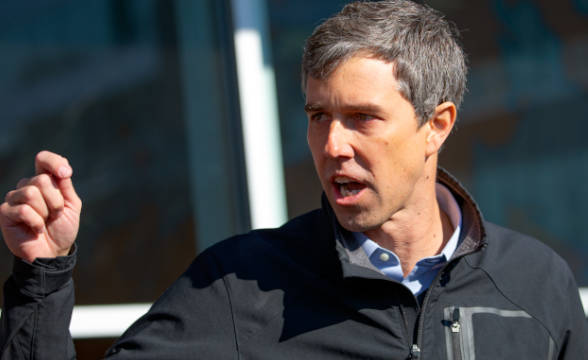 Beto O’Rourke, the Democratic Party’s candidate for governor of Texas, “is inclined” to support the launch of casino gambling and the legalization of sports betting in the state.

The Democratic candidate for governor of Texas has promised to tackle some of the problems the state faces. According to him, the creation of a regulated gambling market will help to relieve the local property taxes. He explained:

“From listening to Texans across the state, it is one, a very popular proposal, and two, it would also help us address some of the challenges we have in reducing inflation and property taxes in the state.”

O’Rourke pointed out that there is no state property tax in the Lone Star State, which is why counties and municipalities instead resort to collecting property taxes in order to fund public services such as schools, law enforcement, hospitals, fire departments and road maintenance.

A regulated gambling industry is what may prove to be a valuable source of income for the state and help to support the establishments that need it. In many states where some gambling has been legalized in one form or another, the industry provides a percentage of its winnings to schools and charities.

The Democrat Is Up for an Uphill Battle against the Republicans

O’Rourke is a former US Representative who ran for president in 2020 but eventually put his support behind Joe Biden. He is known for his ambition to open a new chapter for Texas by helping the state collect billions of dollars in taxes.

A regulated gambling and sports betting industry is just one step in O’Rourke’s plan to reinvigorate the economy in the Lone Star State. In a recent campaign stop in Dallas, the Democratic candidate said that he may also support the legalization of recreational marijuana to help the state reap even more profits.

O’Rourke argues that the additional tax income from legalized gambling and marijuana will allow the Texan government to reduce the property taxes.

Greg Abbott, the current Republican governor and O’Rourke’s rival, is known to strictly oppose the expansion of gambling in the state. The Texan Republican Party renounces any gambling-related source of income. O’Rourke is up for an uphill battle if he wants to make his envisioned economic expansion a reality.

Meanwhile, casino companies continue to push for the legalization of gambling in Texas. As the second most populated jurisdiction in the US, the Lone Star State is a highly-coveted market to many of the top operators. Las Vegas Sands, for example, has invested millions of dollars in lobbying to try and convince local lawmakers to legalize casino gaming.