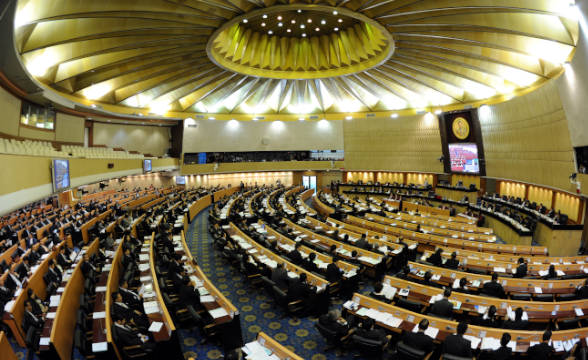 Thailand may soon get its first casino resort, depending on the results of ongoing research. A 60-member extraordinary committee will decide whether such a venue will be feasible and profitable or not by the end of May.

The Committee Will Submit Its Research in May

The committee, led by Deputy Transport Minister Atirat Ratanasate, is comprised of 15 members of the current cabinet and 45 politicians from Thailand’s various political parties. Its job is to carefully evaluate the prospects of establishing a casino resort in the country.

Chutchawan Kong-u-dom, leader of the Thai Local Power Party is the main promoter of the idea to establish a gambling and hospitality venue in Thailand. He argues that such a resort has the potential to attract wealthy visitors from foreign countries and improve the local economy. To make it possible to usher in such an establishment, Kong-u-dom advocates for the relaxation of Thailand’s gambling regulations.

An anonymous member of the committee that researches the prospects of launching a casino resort spoke with The Bangkok Post, revealing that a conclusion should be reached by the end of May 2022.

Analysts Are Making Projections for the Potential Casino Resort

The establishment of a casino resort in Thailand has been in the making for several months. The extraordinary committee was created last year, alongside additional committees that evaluated other important topics such as investors, taxes, the venue’s potential location and how it will affect its surrounding communities.

Analysts are convinced that a potential venue will be set in Bangkok, Thailand’s capital. They are also inclined to believe that the resort will be targeted toward a foreign audience and will subject local visitors to entry fees.

Additionally, industry specialists are interested to see whether Las Vegas Sands will be the company running the venue. In March, Rob Goldstein, chief executive officer of Las Vegas Sands, teased that his company is procuring a license for an Asian country he refrained from naming.

As of the time of this writing, it isn’t confirmed whether Las Vegas Sands meant Thailand when it referenced “a major Asian country.” The Thai government also hasn’t spoken about being in negotiations with the casino company. It is still a possibility that is worth considering as Las Vegas Sands already has casino resorts in several of the major Asian countries and regions where gambling is allowed.

Thailand has been strict on gambling fraud and illegal betting but is increasingly welcoming of the idea of a regulated gambling venue. It is curious to see the results of the extraordinary committee’s research.