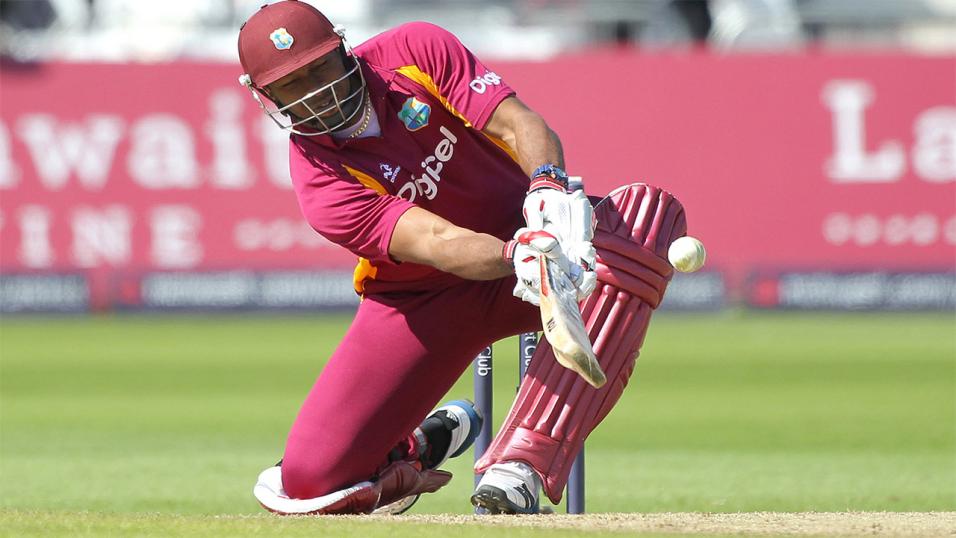 It is perhaps no coincidence that the West Indies batting has not fired and neither has Kieron Pollard. Among an array of hitting talent, Pollard is their talisman.

Pollard managed just six when England routed the Windies in their opener. And just as he was about to propel his side to a more challenging total against South Africa, he was on the receiving end of a decision which could have gone either way.

The 26 from 20 balls was a good sign that Pollard has brought his power game. He was just tuning up for the assault at the death.

So with form not an issue, can we get with Pollard for top-bat honours? You bet. Pollard has an extraordinary hit rate in the last two years for his national side. At 26.5% Pollard should be much shorter than the sixes and sevens he is prone to go off at.

Sportsbook make him 6/1 for Friday’s contest against Bangladesh. If he doesn’t cop we should keep backing him until he does.

Aiden Markram is not the name that immediately comes to mind when asked to name South Africa’s most reliable hitter in T20. AB De Villiers, Quinton De Kock, Rassie van der Dussen and David Miller would all be more popular quiz answers.

But it is Markram, tall and elegant at the crease, who belies his aesthetic reputation. He can give it a biff. And how with an extraordinary 50% hit rate in the top bats after he copped again in the chase against West Indies.

Now of course we daren’t suggest that Sportsbook should be making the guy even money but he should probably be given more respect than 4/1.

Quinton de Kock has a whopping rating of his own at 48% so the opener is always a fair favourite. With the likes of Temba Bavuma and Rassie van der Dussen (seemingly intent on the anchor role) he should be second jolly.

Mitchell Marsh took some stick for the way he batted in Australia’s victory against South Africa. But any suggestion that slow pitches are not for him don’t make a huge amount of sense.

Marsh was dominant for Australia in the Caribbean before the tournament started and he has boosted his win rate exponentially. It stands at 41% from 20 games. Wow.

Does he have much to beat? It would appear not. David Warner is a busted flush, Aaron Finch has really struggled while Steve Smith will now be used as a floater. Marsh is guaranteed to be in first down. And he could be in very early indeed.

Sportsbook have been pricing him up at 4/1. It is also worth pointing out the price on Josh Inglis. Inglis is Warner’s replacement and will surely usurp him before the tournament is out. Backing him at 4s consistently is shrewd. If he plays, he opens. If he doesn’t, money back.

There is something notable about the most reliable bowlers in the top wicket-taker market in the last couple of years. Four of the first six are spinners.

Adil Rashid, though, who is at No 2 on the list, has been known to bowl at the death so keep your eyes peeled. With South African twirler Tabraiz Shamsi just ahead of him these two are the most reliable tweakers for returns (including dead heats).

Ashton Agar should be a popular bet at big numbers, starting from 4/1. Pat Cummins (20%) and Mitchell Starc (22) have inferior rates. Hazlewood is just shy of 40% but that’s from one game shy of the qualification.

Kagiso Rabada, surprisingly, doesn’t make the list with 22%. But that’s because Lungi Ngidi, who can’t get in the side, is the No 1 in the world. Ngidi can be expensive but there is no-one more potent. He’s usually around 10/3 so it’s a low-rick wager.